Trump is making a big announcement this weekend. 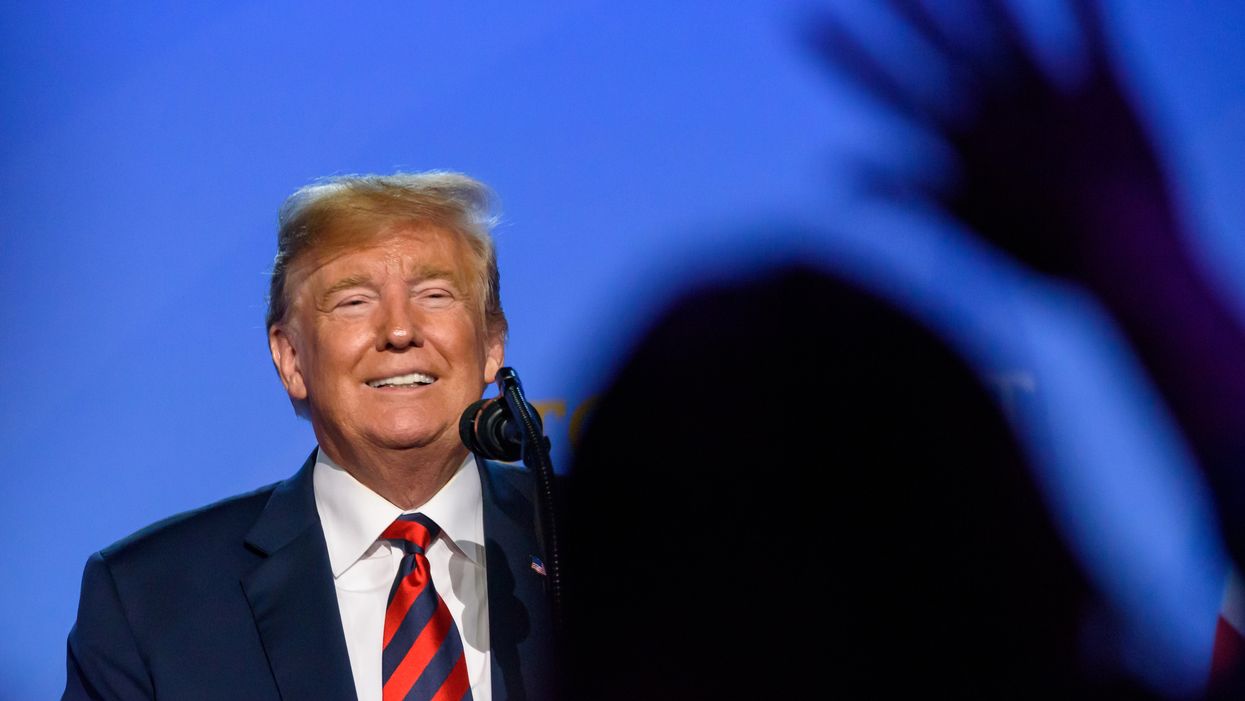 Despite losing the 2020 presidential election and being impeached twice, those loyal to former President Donald Trump now say they will follow him even if he ditches the GOP.

According to a new poll done by USA Today and Suffolk University, Republicans said they would follow Trump to a separate party if he created his own, by a margin of 46% to 27%.

We feel like Republicans don't fight enough for us, and we all see Donald Trump fighting for us as hard as he can. Brandon Keidl, 27, told USA Today

The survey also found that 50% of Republicans believe the party should be more loyal to Trump, even if it costs the support of the GOP establishment.

Just 19% believe Republicans should just leave Trump in the dust and move on.

The former president is set to speak at the Conservative Political Action Conference (CPAC) in Orlando, Florida on February 28 in his first public appearance since leaving office on January 20.

A source close to Trump told the New York Post he will be speaking about the "future of the Republican Party and the conservative movement."

A longtime Trump advisor also said the 45th President will say he is the leader of the Republican Party and its "presumptive 2024 nominee" according to Axios.