The building will be 87-storeys tall! 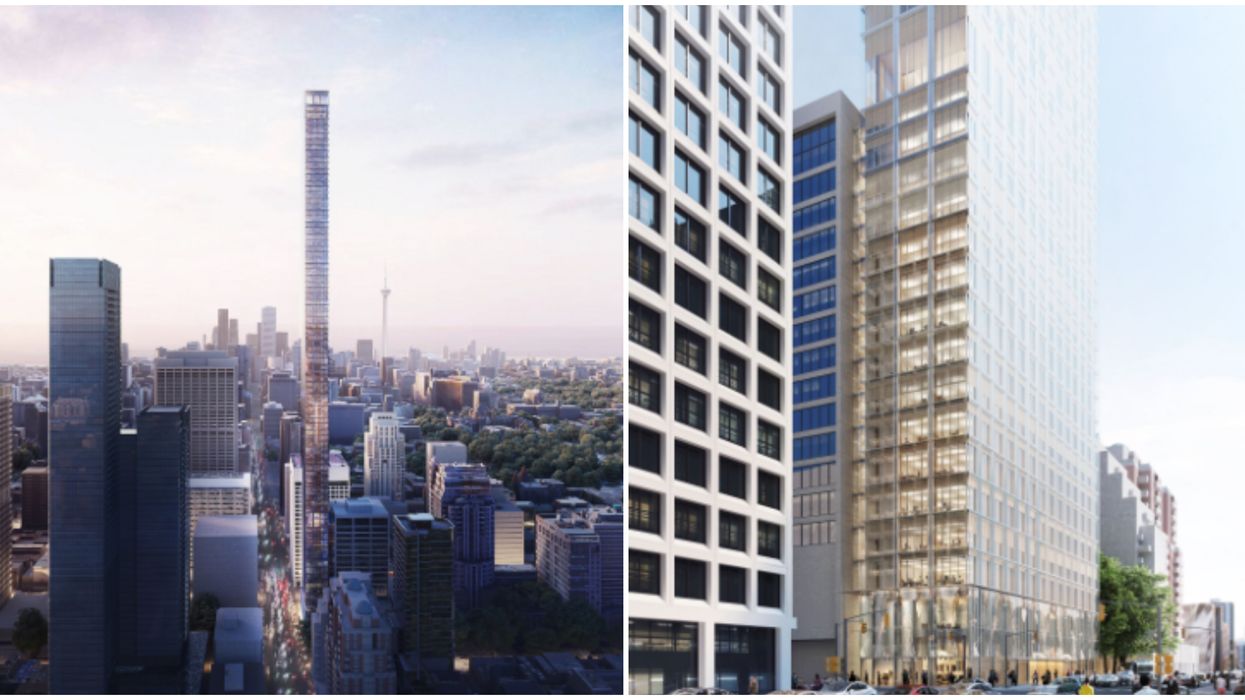 The 6ix's skyline is about to get a whole lot taller. A towering 87-storey Toronto skyscraper is being designed by a Swiss real estate developer to begin construction in Yorkville. If built as proposed, the 1,063-foot tower will stand as one of the tallest buildings in Canada's history.

The super tower will be constructed at 1200 Bay Street, which sits on the northwest corner of Bloor and Bay.

The tower's first sixteen floors would be regulated to offices and retail space, with nothing but residential floating above that, according to the press release.

332 condominiums ranging from one-bedrooms to penthouses will be accessible via elevator from a "triple-height private lobby" on Bloor street.

"Providing diversity in the proposed program is an important component of the building's approach to sustainability and enhancing the vibrancy of the local community," reads a statement from Herzog & de Meuron.

If the building were to be completed today, it would stand as the tallest residential tower in Canada, according to the Globe and Mail.

However, another Toronto project currently in development is already set to top its impressive height.

A record-breaking 95-storey skyscraper, designed by Hariri Pontarini, called the "Sky Tower" was announced back in February.

When constructed, it will be the tallest building in all of Canada, topping this new announcement.

The building will be built at the lucrative One Yonge Street.

"An iconic address like One Yonge demands an iconic architectural statement," said Pinnacle's Vice President of Sales and Marketing, Anson Kwok at the time.

Last year it was revealed that a whopping 80 high-rise towers were planned for construction in the city.

The new buildings will reportedly double the number of city's tallest buildings.