Ontario's Premier slammed the U.S. response to the pandemic. 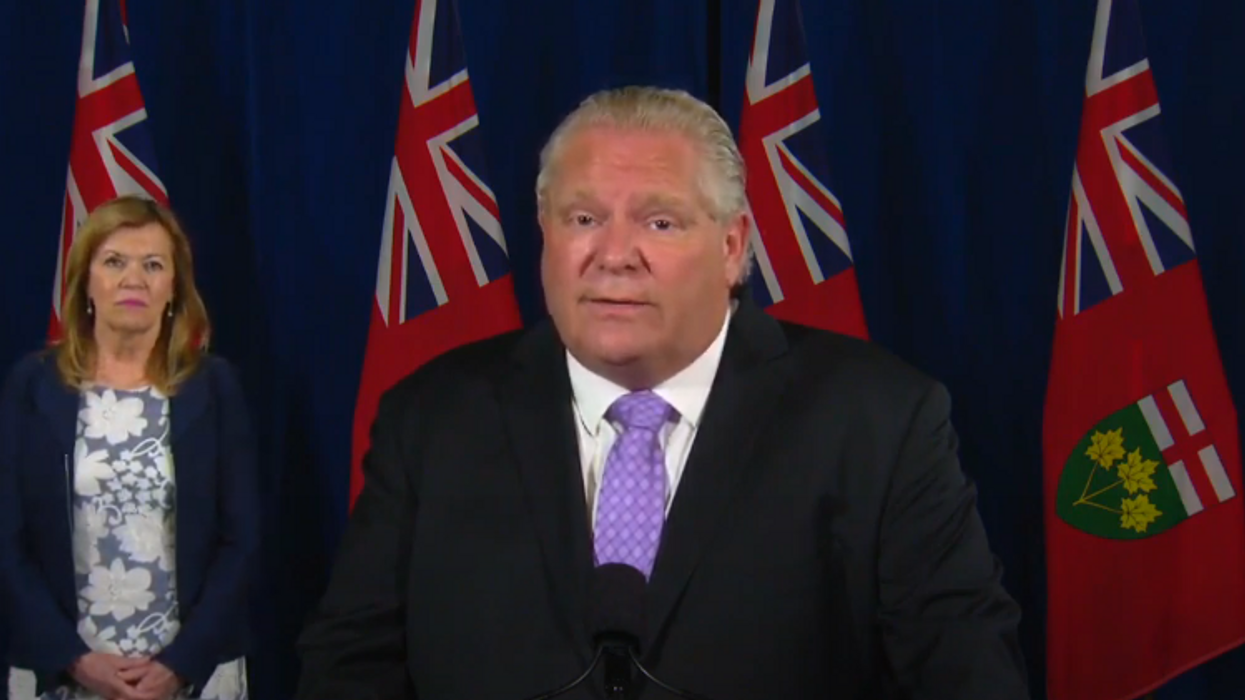 Ontario's Premier has no time for Canada's southern neighbours right now. On Friday, June 26, Doug Ford called America "reckless" and its residents "hog wild" for how it's responded to COVID-19. In contrast, he says he's "proud" of how Ontarians have acted during the pandemic.

Ford was speaking at his daily press briefing about whether Ontario will continue to follow a phased approach to reopening the province.

He insisted he will take it as slowly as he needs to in order to avoid replicating what's happened in the U.S., where he says everyone has gone "hog wild."

"I'm just so proud of the people of Ontario versus the reckless approach, in my opinion, south of the border (where) everyone just goes hog wild and don't worry about anything," Ford said on Friday.

"Well, that's come back to bite them."

The Premier particularly noted the terrible surges endured by southern states like Florida and Texas in recent times.

Florida, in particular, has suffered dearly in the past few weeks since reopening much of its economy.

The Sunshine State reported over 114,000 confirmed cases as of yesterday, which was over 11,000 more than in the whole of Canada since the first outbreaks were recorded in this country.

Ford's comments about America's recklessness come the day after he insisted the border between the two countries must remain shut beyond July 21.

As for Ford's latest comments on the potential of Ontario beginning to move into stage three of its reopening plan, you could be forgiven for being reminded of Groundhog Day as he continues to preach caution.

"You look at the numbers yesterday, 30,000 tests... we haven't seen those numbers of 111 (new cases) since March," the Premier also said in the briefing.

"So, if we continue moving forward with a very cautious approach, we won't see the same events that are happening down south of the border in the U.S. right now."

This isn't the first time Ford has flexed his vocabulary at people during the pandemic.

Back in late April, the Premier called people protesting about social distancing measures outside Queen's Park "a bunch of yahoos."

That phrase was transformed into a rather catchy song, as was Justin Trudeau's immortal "speaking moistly" comment.

Now to wait for the inevitable "hog wild" remix.