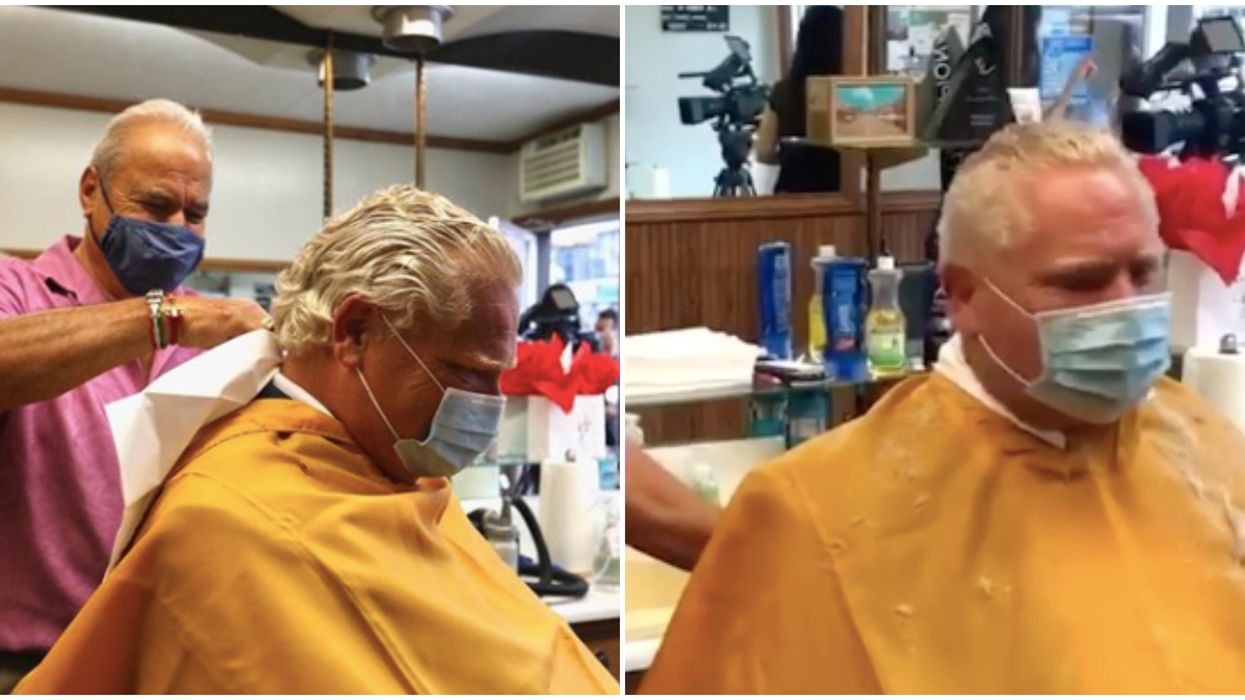 Who's up for a trim? Ontario's Premier appears to have been pretty keen to freshen up for a while now, and Doug Ford's haircut was all over social media on July 16. Ford has finally taken some scissors to his outgrown hair as he got a cut in Leamington, Ontario, on Thursday.

Ford has embarked on his province-wide summer tour for the next eight weeks.

Having started the tour in the Waterloo region, Ford made the second stop of his tour in Windsor-Essex. There, he called in  at Mastronardi Barbering to chop some of his golden locks.

According to CTV News, Ford had stated he would not be getting a haircut until everyone in Ontario was able to.

He said back in May he looked like "a sheepdog" and since then, he's had another two months of growth.

Now that the Windsor-Essex region is in stage two and most of the regions in the province are already heading into stage three, Ford finally took the plunge on Thursday.

Hair salon reopenings were part of stage two and now residents in the Windsor-Essex region can enjoy that luxury while keeping health guidelines in mind.

“We’re off to Windsor-Essex this morning! Today I’ll meet with farmers, local businesses and finally, I’ll be getting my haircut,” said Ford in a tweet.

And he kept his followers updated throughout the process.

Pictures of Ford's grooming was shared onto social media. He wore a mask the entire time, as did his barber, in line with health orders.

Masks in hair salons and elsewhere could become a regular occurrence, too. Ford recently suggested wearing face coverings will be part of Canadian's day-to-day lives for the years to come.

"It’s so great to be here in #Leamington with my new friend and champion barber Henry!" said Ford in a tweet.

"While he was giving me my great cut I learned about his family and how his business are recovering from #COVID19," he added.

#BREAKING: Premier Doug Ford has the first snip off his long pandemic hair. @fordnation is in Lemington for his hai… https://t.co/5TXqcEvImZ
— Kris Pangilinan (@Kris Pangilinan)1594909051.0

With the entire province now having reached stage two, the 10 regions not yet advancing to stage three are Toronto, Peel, York, Durham, Niagara, Windsor-Essex, Haldimand—Norfolk, Halton, Hamilton, and Lambton.

Despite a positive outlook for the province in terms of its low case numbers in recent weeks, Ford announced on Thursday he has still extended emergency orders until July 29.

At least he'll be looking fresh.