Started from the bottom now he's 34. 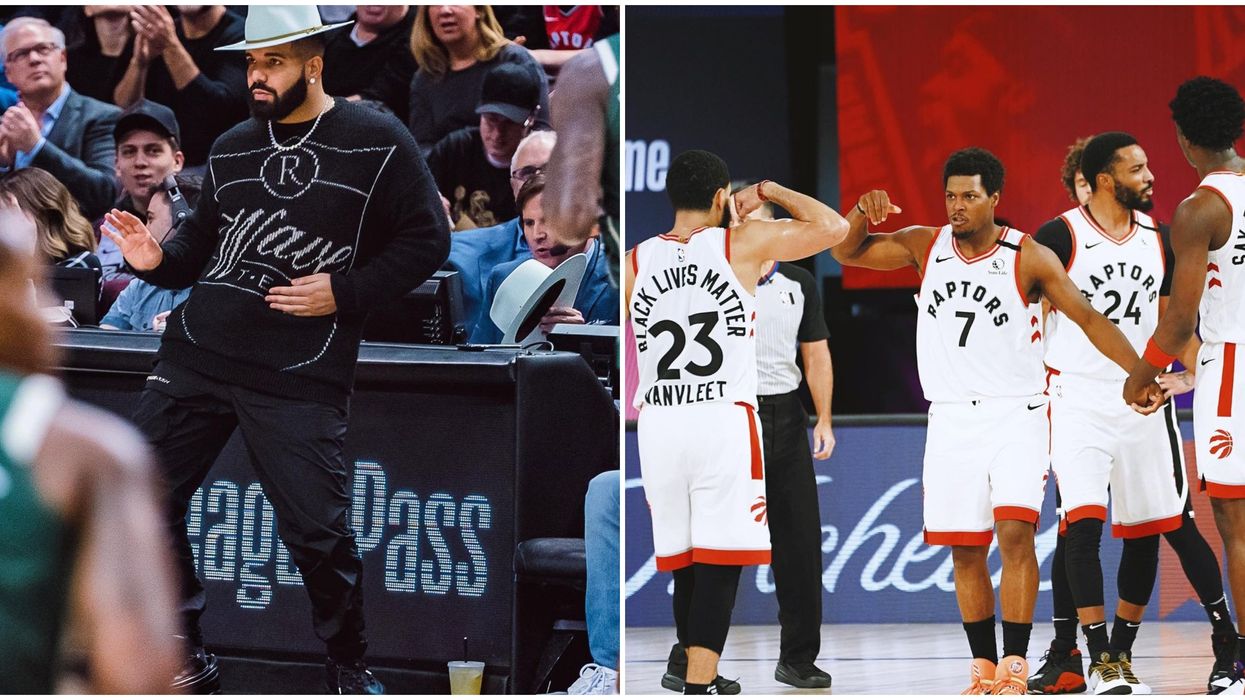 It's a Toronto affair! That's because October's Very Own got a birthday shout-out and tribute accompanied by a hilarious photo from none other than Canada's own 2019 NBA champions.

It's Drake's 34th birthday today and he couldn't ring it in without some well wishes from The Toronto Raptors.

The basketball team took to Twitter to wish the rapper a happy 'EarthStrong' birthday.

Editor's Choice: 9 Provinces & Territories In Canada Have Remembrance Day As A Statutory Holiday

"Happy Earthstrong to The Boy, October’s Very Own, our Global Ambassador himself Drizzy," the tweet read.

It came with a photo of the Toronto native and at what appeared to be a basketball game while serving some sweet dance moves no less.

Drake is arguably the team's biggest fan, and at times gives superfan Nav Bhatia a run for his money.

He has been a major support system for the basketball team and has put on different hats, literally, as team Dad, Global Ambassador and friend.

Drake is just the latest Canadian celebrity to receive well wishes all the way from the True North.

Yesterday, Canadian actor Ryan Reynold celebrate his special day and got a birthday wish from Canada's official Twitter account, in which he replied lighting fast.