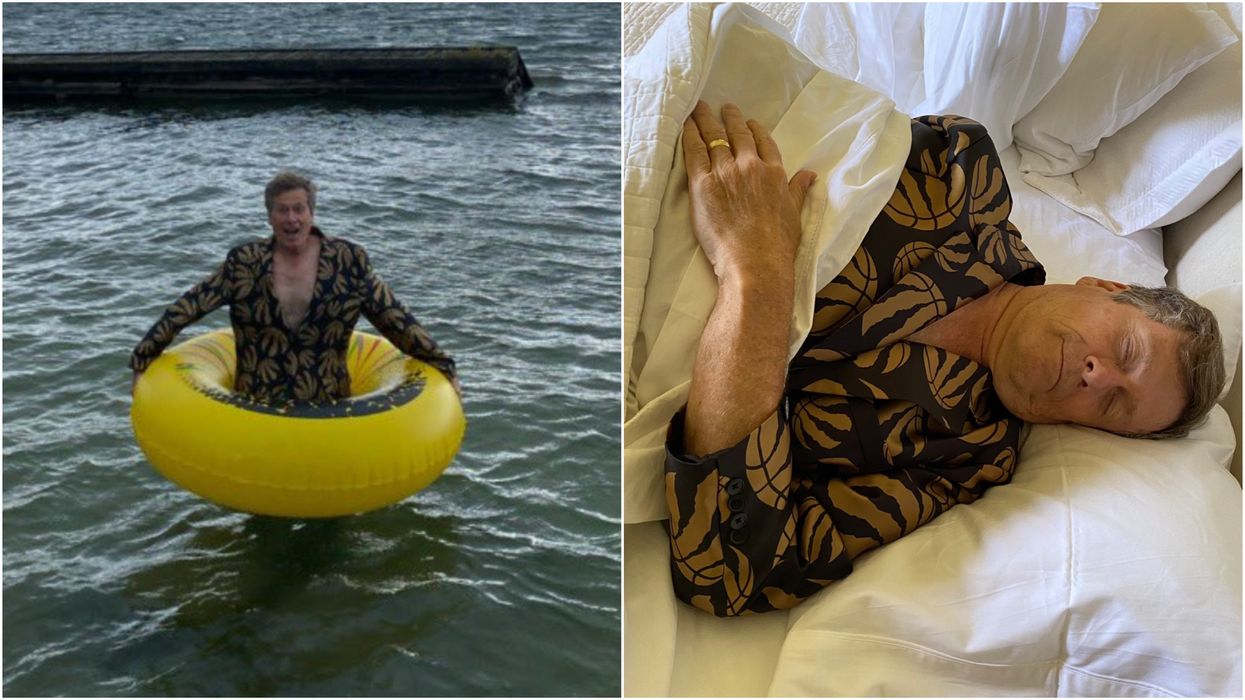 Toronto’s mayor is not taking any chances! John Tory’s Raptors jacket may have got a little bit wet on Monday, as he went for a lucky dip ahead of game five. The black and gold coat only made its comeback a week ago, but it’s already become Tory’s go-to garment on game day.

Just like the rest of the GTA, Toronto’s mayor is getting hyped for game five against the Boston Celtics.

After two losses and two wins for the Raptors, it remains to be seen what happens tonight at 6:30 p.m.

The Toronto team came out on top in their most recent games, which is interesting as this was when Tory’s magic jacket made a comeback.

Ahead of game five, it seems Tory is taking no chances when it comes to his lucky coat.

In fact, he’s clearly willing to take it anywhere with him!

On Monday afternoon, the mayor shared a hilarious picture of him donning the snazzy garment… but it did look a little damp.

"Probably last swim of the year so taking the jacket for a swim to support a big Game 5 for our Raptors," he explained in a tweet.

While seeing the 6ix's mayor in such a ridiculous garment may be unusual for some Canadians, it’s nothing new for residents of Toronto.

Mayor Tory has been spotted doing all sorts of things in his Raptors-inspired outfit, including joining last year’s victory parade and even going to bed.

The ridiculous coat made a comeback last week, following two losses in a row for the team.

Tweeting at the time, Tory explained that it was “Clearly time to deploy the Raptors jacket for Game 3."

The jacket is black and gold and is printed with the iconic Raptors logo.

It first made an appearance last year during the team’s record-breaking NBA win, and it appears it’s here to stay.

While it's definitely not the trendiest item of clothing that’s ever been spotted in Toronto, it seems to be working for now.

The mayor isn’t the only one getting involved in the NBA hype right now.

The Toronto Zoo created their own Raptors team with bearded dragons, and it was just as adorable and as hilarious as it sounds.