Kawhi said he'd get him kicked out for it! 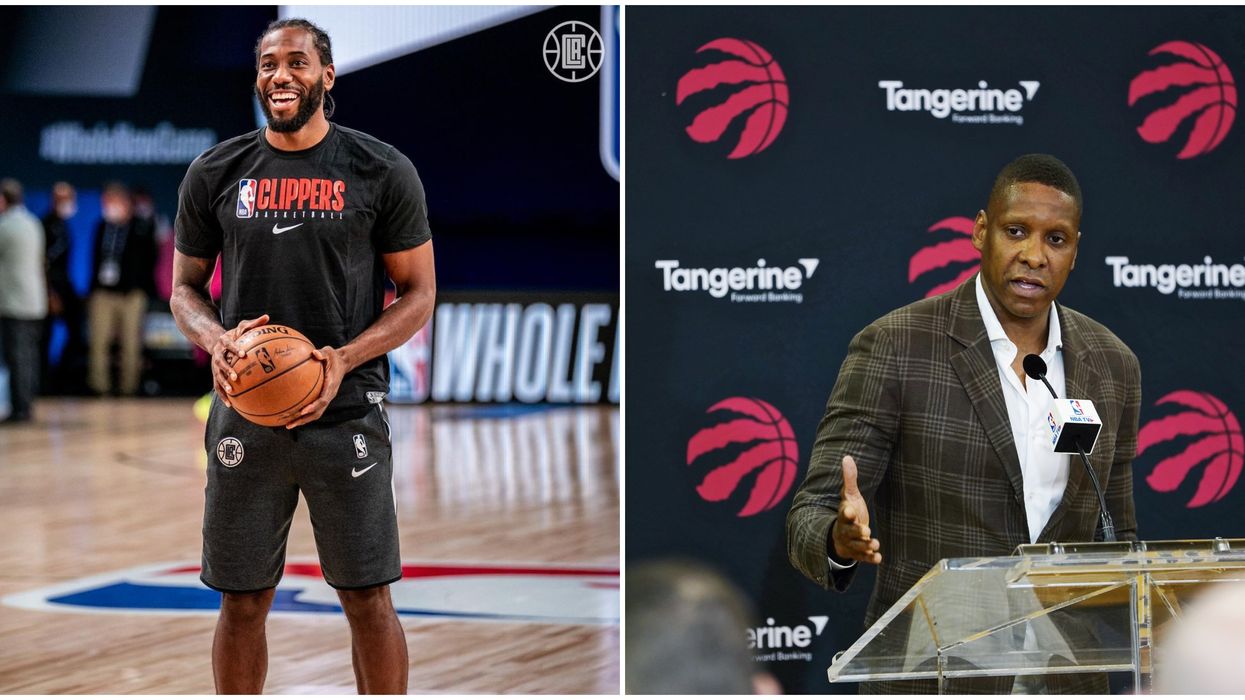 Just because Kawhi Leonard's time with the Raptors is over, doesn't mean the relationship with the team's president has ended.

Kawhi and Masai Ujiri were neighbours during their time in the NBA bubble, a situation that reportedly led to a few hilarious spats between the two.

Editor's Choice: Police Just Showed Up To Adamson's Barbecue And It's Getting Intense (VIDEOS)

Haha, you know the saying 'Don't poke the bear?' I'm gonna call the NBA on you...get you out of the bubble. Kawhi Leonard

According to Yahoo Sports, the 29-year-old NBA star would be awoken every day at five in the morning as Masai worked out right above him.

It seems that Kawhi tried to be a good sport at first, but several weeks later he sent a text to Ujiri saying "Morning boss, you good up there?"

The president reportedly stated that he put his morning workouts on hold and joked that he would only start up again when it was time to face the Clippers.

Of course, Kawhi was quick to joke back, stating that he would get the president kicked out of the bubble if the situation arose.

Kawhi famously left Toronto for the Clippers back in 2019, after helping the team win their first NBA championship.

What's more Toronto than a mime in a bubble?

Are you a lover of mimes, theatre, comedy and free stuff? If so, this one-man show put on by Théâtre français de Toronto, CORPUS and Jamii might be right up your alley.

La Bulle is a silent hour-long outdoor show in a bubble tent coming to Toronto from August 31 to September 5.

The 6ix might not be coming off another glorious NBA championship this year, but Toronto women are at least getting some major clout thrown their way.

Shaquille O'Neal revealed during an interview on the Full Send Podcast last week that he thinks Toronto is home to the most beautiful women in the league.

"We just got Kevin Lowry."

It hasn't even been a full month since Kyle Lowry left Toronto for Miami, but it's already becoming clear that John Tory's love for the player will be hard to beat.

On August 2, Lowry announced that he would be leaving the Toronto Raptors for the Miami Heat, a move that devastated locals in the 6ix.