And the celebrity-studded cast is growing! 🎬 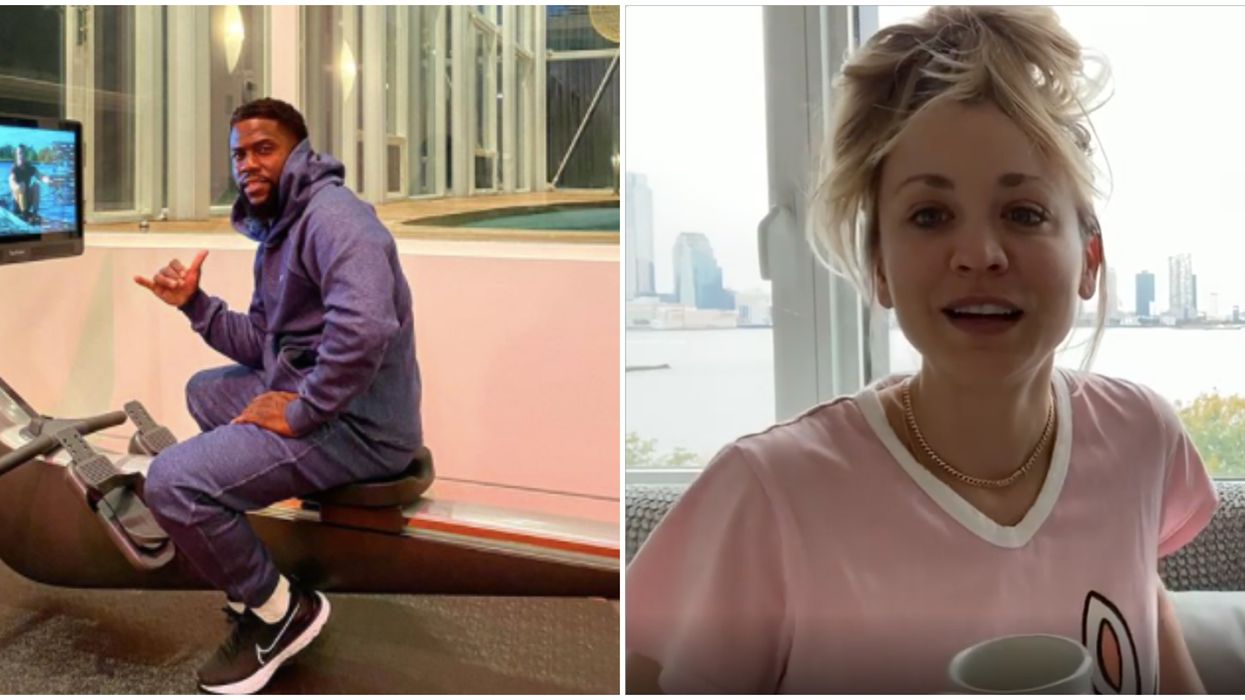 A growing number of celebrities are joining the cast of Kevin Hart's new movie, Man From Toronto.

Despite its name, the film is set in New York City, meaning Toronto will be reprising its famous role — the Big Apple.

Kevin Hart is starring in the movie alongside Kaley Cuoco, Woody Harrelson, and more.

Kaley Cuoco revealed on Instagram last weekend that she was jetting off to Toronto for filming.

Editor's Choice: If You See This Man In Toronto This Morning Stay Away And Call 911

I'm heading to Toronto tonight and I'm going to start the film Man from Toronto.

Hart has been posting workout photos while he quarantines in Canada, reports NOW Toronto.

Jasmine Mathews, a previous regular on the TV show Bittersweet, just confirmed that she's joining the cast as well.

The film details a case of mistaken identity after the world’s deadliest assassin runs into a stranger.

Director Patrick Hughes has been updating fans on the set and showing Ontario some love on Instagram.

The first day of filming included racing around the Niagara region in Hughes' 1969 Dodge Charger.

In the movie, the car belongs to Harrelson's character, reports NOW.

Man from Toronto is set to be released in 2021.