"This is doable, and this is necessary." 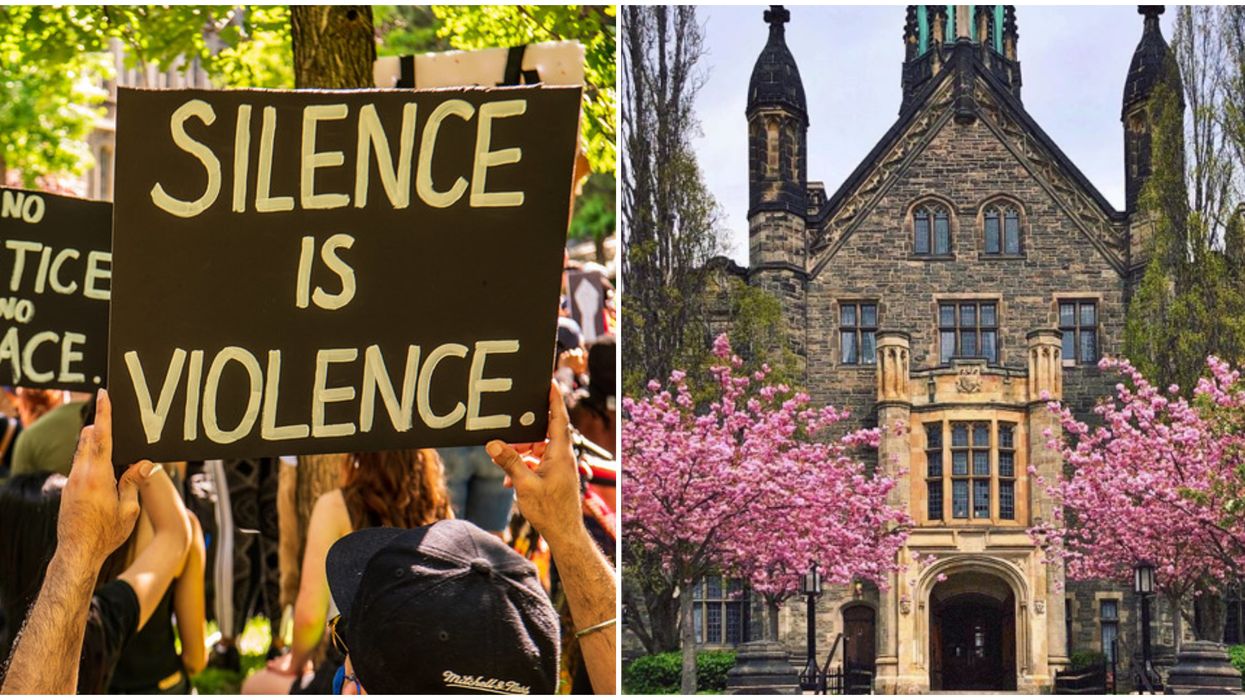 A tremendous spotlight has been placed on systemic racism and racial inequality not only in Canada but across the world in recent weeks. Over the past weekend, more protests were held in Toronto calling out racist attitudes and police brutality.  Now, petitions are starting to urge the introduction of mandatory anti-racism courses at Ontario universities.

A petition on change.org calling for one such compulsory course at the University of Toronto had reached nearly 5,000 signatures by Tuesday afternoon, June 9.

Its organizer, Jahnae Jones-Haywood, is a fourth-year student at U of T, specializing in Criminology, Law, and Society and minoring in Ethics.

She told Narcity she was inspired by her friend Brianna Green-Ince, who started a similar petition asking for a course at the University of Guelph.

That U of G campaign, which has been live for around a week on change.org, has already exceeded 10,000 signatures.

Jones-Haywood noted she feels that education is a key to "ridding our communities of racist and oppressive institutions and individuals."

"Through education, we can teach and hopefully change the minds of those who have internalized and perpetuate racism and oppression in our communities," she added to Narcity.

Jones-Haywood also feels these conversations should be taking place in elementary and secondary classrooms across Canada.

Jones-Haywood the course would need to cover a wide variety of topics. This includes the history of black and Indigenous people, their origins, and how black people came to North America.

"This history would include but is not limited to topics like slavery, Jim Crow laws, redlining, mass incarceration, the War on Drugs, residential schools, the Sixties Scoop, and [Christopher] Columbus and the atrocities he committed to Indigenous persons on this land," she explains.

"The history is extensive, but we have to make sure we get it right, as our public-school system up to this point has neglected the full extent of this history."

In addition, Jones-Haywood wants any mandatory anti-racism course to cover topics such as institutional racism and the "intergenerational trauma" that has been passed down to black and Indigenous populations.

She also thinks residents should be educated on how to be actively non-racist in local communities.

While Jones-Haywood believes the course should be mandatory for students, she says she'd like to see it opened up to professors and other staff as well.

She notes that while she is hopeful for a course to be in place for this fall's semester, she understands it may take time to do "correctly and effectively."

"I am willing to work with the university on a reasonable timeline to get this course up and running for students and U of T staff and faculty," she said.

Narcity reached out to U of T for comment on Tuesday.

Meanwhile, U of G posted a statement on June 3 that didn't address the calls directly, but noted it needs to "do more."

"It is not sufficient to simply express our commitment to these values. More is needed. And we will do more. Our action plan involves taking swift and deliberate steps when [racist] events occur [at the school], from disciplinary action to offering anti-oppression, anti-bias and allyship training," read part of the statement.

Meanwhile, with the U of G petition already up alongside her own, Jones-Haywood says there's no reason why other universities and colleges across Canada couldn't implement the same type of course.

"What better university to start such a chain reaction than the top university in the country? The example and precedent they would be setting would give all other universities more incentive and proof that this is doable, and this is necessary," she said.