One man claims his daughter was in tears. 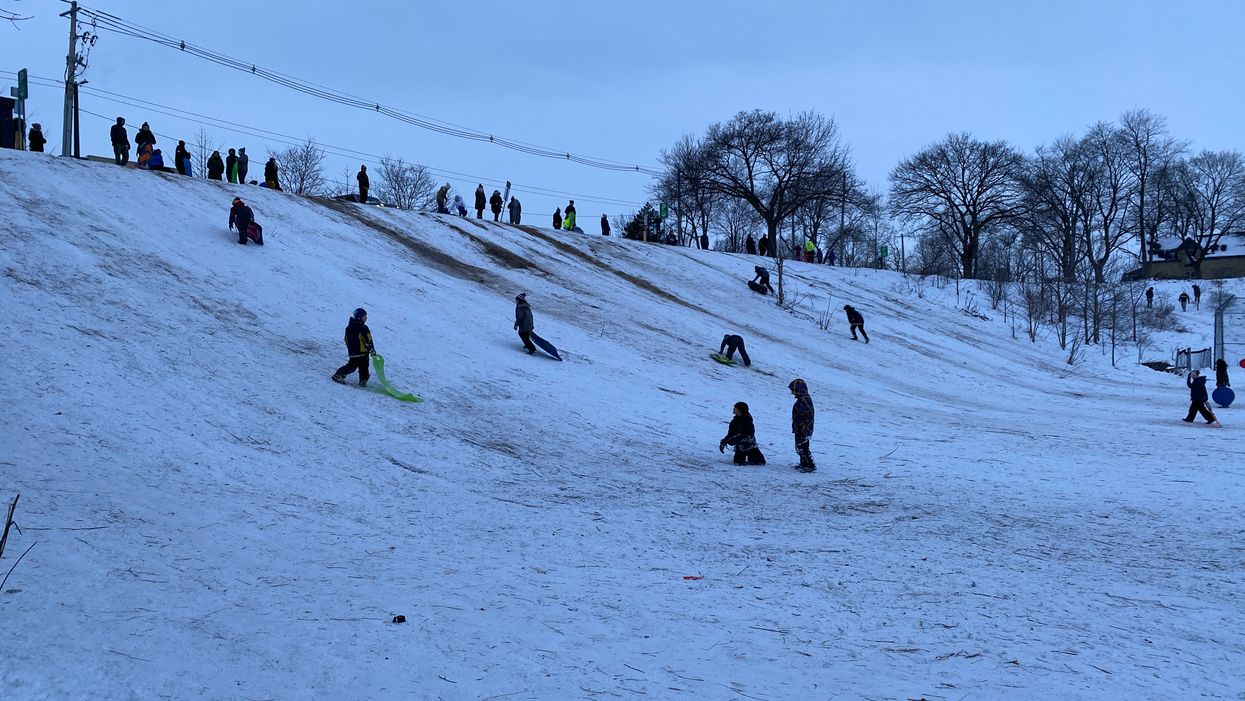 Ontario police shutdown a toboggan hill last weekend after a gathering of around 100 people was discovered.

In a statement to Narcity, Halton Regional Police stated that they arrived at Old Abbey Lane Park in Oakville on Saturday afternoon.

Officers reportedly attended the park alongside Oakville by-law officers after receiving a complaint about the gathering.

"Upon arrival, we found approximately 65-70 vehicles parked on the road in addition to ~20 vehicles parked in the school parking lot, and there were ~100 people tobogganing on the hill," HRPS told Narcity.

Police claim the density of the crowd, which included adults and children, exhibited a lack of social distancing.

A video of officers dispersing the crowd was later shared on Facebook.

The poster, Charbel Cheaib, claims that officers threatened the group with fines if they didn't leave the area.

"I am simply tobogganing with my family of 4 and I get threatened with a fine in front of my children and my daughter is crying," reads the post.

According to police, officers broke up the crowd and no tickets were issued as a result of the incident.