They caught the pair by following their snowy footprints. 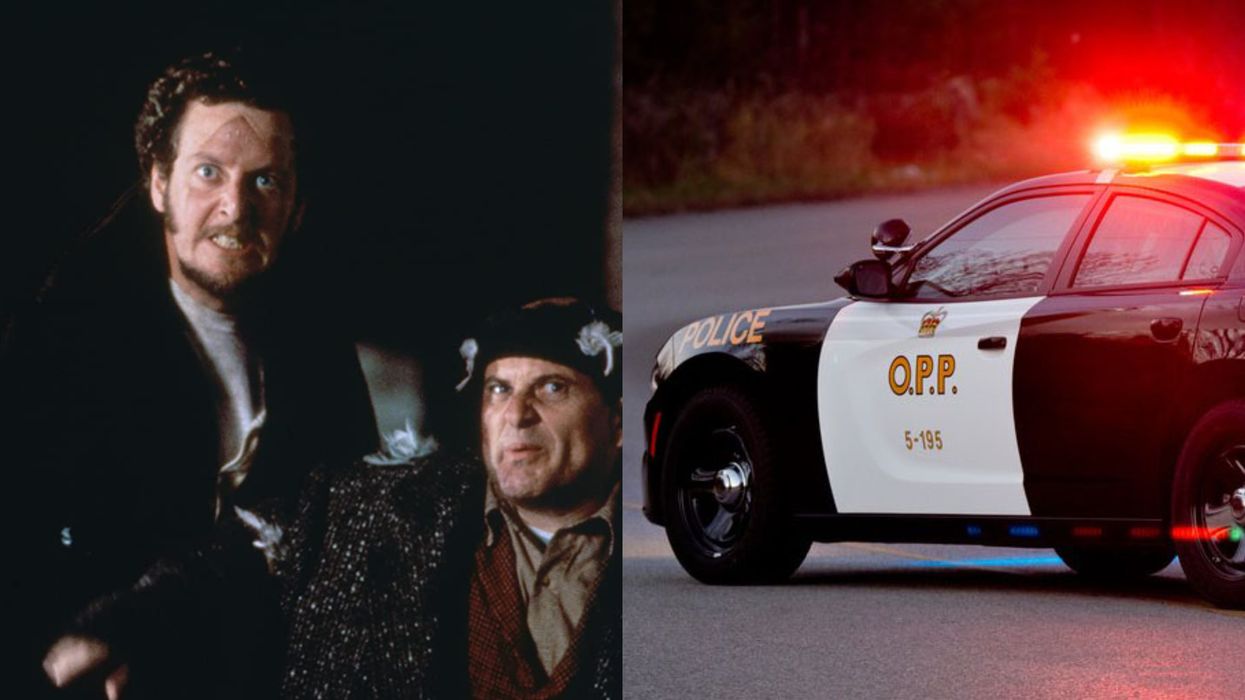 Two alleged robbers caught by Ontario Provincial Police are getting compared to the bad guys from Home Alone.

A tweet from the OPP West Region Twitter account on Tuesday told the story of officers on patrol catching two people in the middle of a break-and-enter that feels like it would've come straight from the plot of the film.

According to the tweet, OPP officers on patrol spotted a break and enter incident happening and stepped in to intervene.

And when it came to tracking the culprits, they were helped out by an apparent lack of environmental consideration.

The alleged thieves left a trail of snowy footprints that led directly to the house, police say.*

The two are now facing charges of breaking and entering and stolen property.

Police referred to the two as a "dynamic duo" in their tweet, and posted a gif featuring the antagonists from Home Alone.

Narcity was unable to confirm with OPP whether Marv and Harry are considered suspects in the case.