Her "tiny house with tiny bills" is the best of both worlds. 🏡 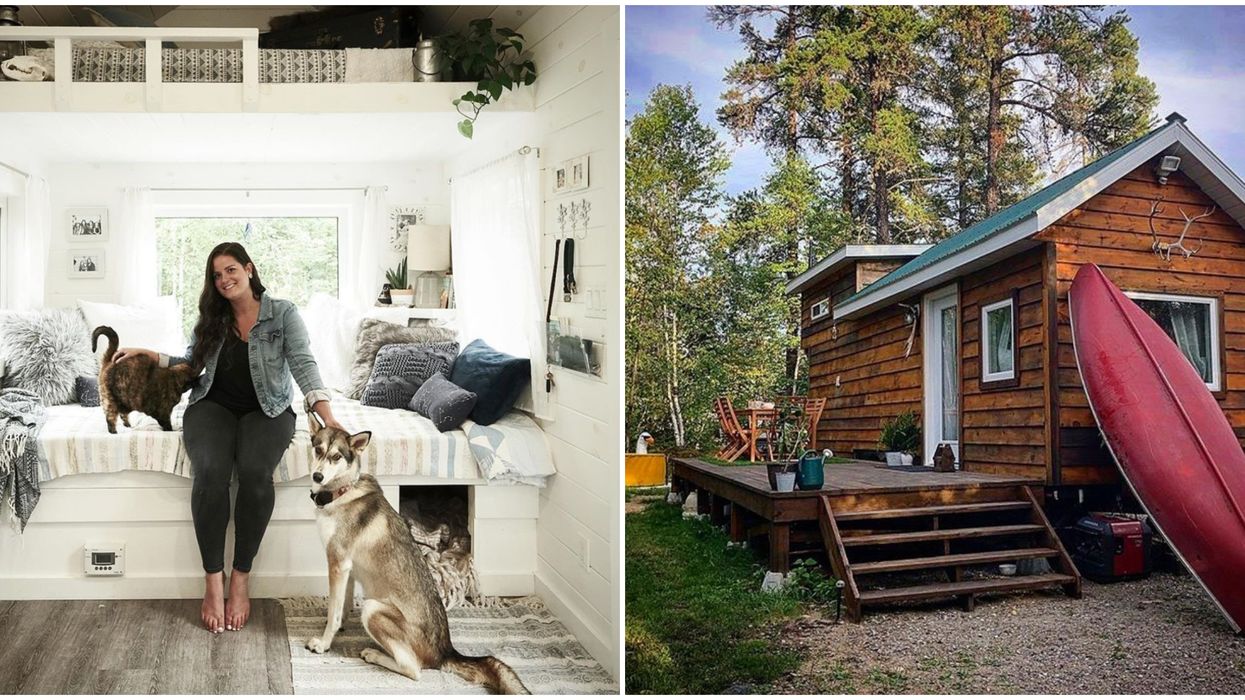 Like many of us, Carole Lyne Robin once felt discouraged about the cost of owning a home in Ontario.

Between bills, property taxes, and her mortgage, the northern Ontario-based photographer said she "broke down completely" after calculating how much she'd have to spend to keep her house over the next 20 years.

But, Robin knew that she didn't want to rent and pay someone else's mortgage. She wanted a place to call her own.

So she settled on the best of both worlds — a tiny house. And hasn't looked back since.

Robin told Narcity all about her mini dream home on wheels — how much she spends, what she's learned, and why she'll never go back to living in a traditional home.

Editor's Choice: A Huge Lotto Max Jackpot Still Hasn't Been Claimed & Someone Is Sitting On $70 Million

What is it like to live in a tiny house?

Living in a tiny house is both easy and comfortable for Robin. She powers her home on solar, propane, and a backup generator, which she says work "beautifully."

"I like the fact that I'm able to rely on myself for the electricity that comes into my home. It makes me more appreciative of the energy and more aware of what I'm using at all times."

Her small space also lets her be selective about the items she chooses to surround herself with, making every inch entirely her own.

"My home is a representation of my heart and what makes me happy. Everything that's in my home is special to me in some way."

How much does it cost to live in a tiny house?

Robin marvels at the amount of money she saves living in a tiny home, compared to the house she used to own. In fact, it was part of the reason why she chose to downsize.

"I calculated the two bills I hated the most which were hydro and property taxes over the span of 20 years, which is the span of a mortgage, and it came out to $260,000."

"I broke down completely," she admitted. "I just started thinking, 'Why do we do this to ourselves?'"

So, she traded her property taxes for some land, which she leases for a couple hundred dollars a month. She gets three to four propane bills a year, each of which is $280.

Robin says having a "tiny house with tiny bills" allows her to do what she loves without financial stress.

For Robin, there are many perks of living in a tiny home on wheels, like the freedom to pick up and move anywhere.

As someone who doesn't always know when her next project will come in, the reduced financial burden is ideal for her lifestyle.

Plus, she loves not having the option to fill her home with items that don't have meaning or purpose.

"In most living rooms, there's always that awkward corner where people have a vase with branches in it," she said. "I don't have to fill any rooms anymore."

"We do a lot of shopping and buying things without meaning but we hang it on the wall anyway," said Robin.

"When you start surrounding yourself with the things you love, no matter what anyone else thinks of those things, that's when you attract good things into your life and things that are meant for you."