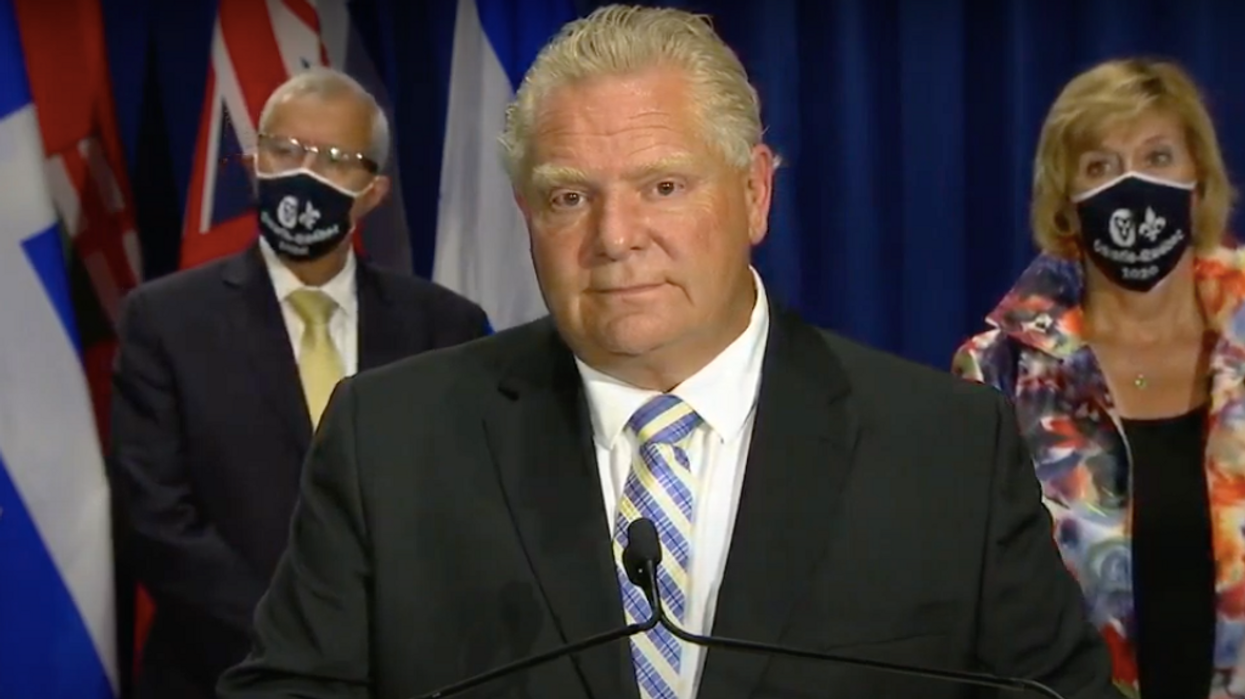 Premier Doug Ford is currently not considering a province-wide closure like the recent rollback on nightclubs and banquet halls in British Columbia. However, he did say he would support Mayor John Tory if he made the decision to close down Toronto bars. He noted that Tory has all the power in that decision.

The choice to close bars earlier, or altogether, is to be made on the municipal level by each city’s mayor, Ford explained during his September 9 press briefing with Quebec Premier Francois Legault.

Editor's Choice: WestJet Mask Policy Led To A Family Being Kicked Off A Plane & The Flight Being Cancelled

“My message to Mayor Tory is: You have the power to do it,” the Ontario premier began.

“If he wants to close them, close them down. […] All the power to Mayor Tory. He knows he has the authority to do it. Do it tomorrow,” he continued.

“That goes for any other region, be it Toronto or Ottawa or Brampton. They have the authority to do it and so if they want to, by all means — I’ll support them” Ford added.

When asked about a province-wide closure, the premier cited the 16 regions in Ontario that don’t have any cases, saying it would be unfair to them.

As Ford has maintained throughout his daily press briefings, he insisted that he will continue to take the advice of his health table and of Ontario’s Chief Medical Officer, Dr. Williams.

Bars and indoor dining reopened when some parts of the province moved into phase 3 of reopening.

Since Toronto reached that point on July 31, the city has been responsible for ensuring all establishments are following protocols.

However, some bars have had trouble following social distancing guidelines.

Over the past Labour Day weekend, Ontario saw nearly 400 new cases, prompting officials to put a pause on any further loosening of restrictions for at least another month.

"We do need to ensure that the progress we have made is not lost. Taking a pause in further reopening at this time will help us to avoid returning to broad-scale closures and shutdowns," Health Minister Christine Elliott said during the announcement.

Whether further action is taken and bars are closed again remains at the discretion of Mayor Tory.