Plus tons of stolen firearms and vehicles. 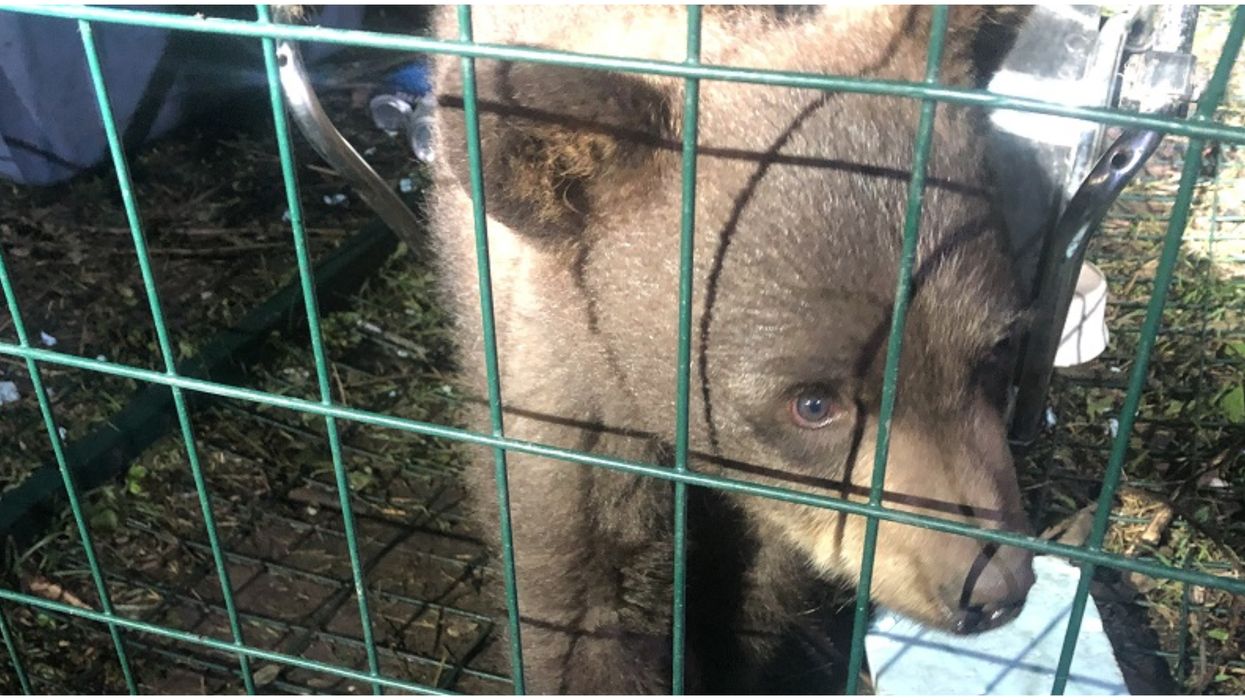 Police found more than they bargained for when they went to arrest a B.C. man on his property. On top of finding the suspect and a bunch of stolen goods, they also discovered a caged bear cub in their investigation. The cub has been sent to a wildlife sanctuary and the man is in custody.

In a statement on Monday, June 15, RCMP reported visiting a residence on Tuesday, June 9 near Hudson's Hope, a northern B.C. municipality near Alberta. They were looking to arrest the man inside for dangerous driving and theft.

Once there, they discovered a bunch of stolen property ranging from firearms, to medical gear, to seven vehicles including pick up trucks, ATVs, and motorcycles.

They also found a small black bear cub in a cage. In the photo provided with the release, the cub was shown in an enclosure behind green bars.

RCMP told Narcity the cub was seized by the BC Conservation Service and has since been moved to a "wildlife rescue facility" in northern B.C. It "has been doing okay," according to the last time they heard from it. They aren't sure of its age.

RCMP say 25-year-old Justin Thibault is in custody facing a "laundry list" of charges including "firearms and possession of stolen property charges, as well as dangerous operation of a vehicle, break and enter and a wildlife charges."

A 29-year-old woman was also arrested, they report, but has since been released with a future court date.

RCMP Const. Erich Schmidt told CBC that, while they don't know how the bear cub ended up that situation, it "had been there for some time."

Schmidt continued that it was the first time they'd seen a bear kept like that.

The report stated that the stolen property was worth "thousands of dollars," and will be soon returned to their rightful owners.