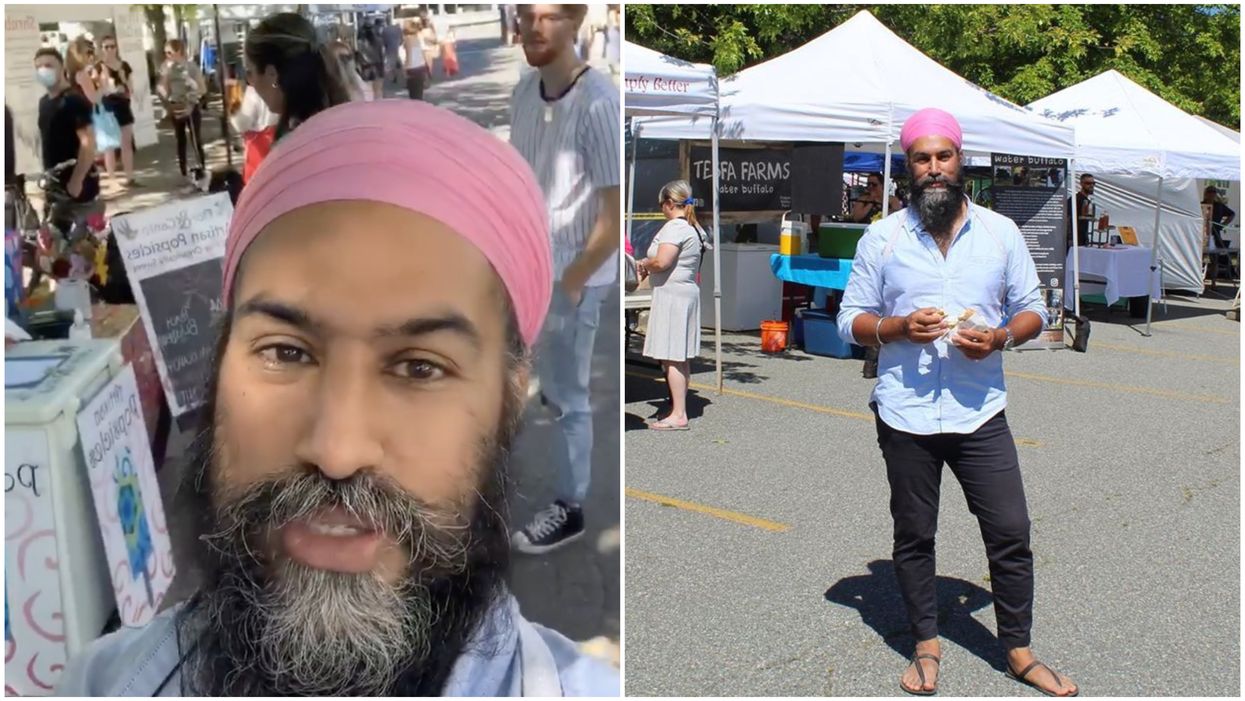 You might hit up your local market for fresh fruit and veggies, but one man looks like he's trying to go to every market in Canada on a quest. NDP leader Jagmeet Singh was in B.C., according to his Instagram stories over the weekend, gushing over the farmer's markets. He took followers on a tour of Vancouver Island and it looks like he doesn't want to go back to the mainland.

In several stories posted to Instagram on Saturday, August 15, Singh was seen hanging out at a local market in Duncan, B.C.

Editor's Choice: This Pub Has A 'Toronto Leafs Poutine' For $67 & It Could Be The Worst In Canada

"This is one of my favourite farmer's markets," said the federal party leader. "There are so many amazing ones across the country."

Singh took viewers on a video tour of the area. He started by walking through Duncan's streets, showing off the town.

"It's very lovely, it's a very nice city," he said as he walked. "I really enjoy this little town. Check it out if you get a chance."

Next, he swung by Alderlea Farm and introduced its owners, farmers Katy and John.

"I wish I could show it to you though," said Singh as he panned the camera towards the trees and mountains.

The tour continued, capping off on a "random street" in the coastal community of Nanaimo, B.C. Singh showed off apartment buildings with "les montagnes" in the distance.

"The sun is setting, the sky is beautiful, it's just great."

An earlier post to Instagram on Tuesday, August 10 featured Singh standing in a farmers market geotagged as Surrey, B.C.

In the description, he wrote that local food creates jobs, helps build sustainable communities, and "requires less energy to transport."

"We need to support local food and farmers as much as possible!" he wrote, and that could be why he appears to be on a one-man quest to see them all.

According to his other posts on Instagram, Singh's whirlwind trip through B.C. wasn't all fun and games; he also stopped to visit local non-profits and dropped by to catch up with provincial premier John Horgan.

Still, it looks as if he's ready to abandon the political life at any moment to pursue his dreams of being a farmer.