It's hard to believe this is a real place. 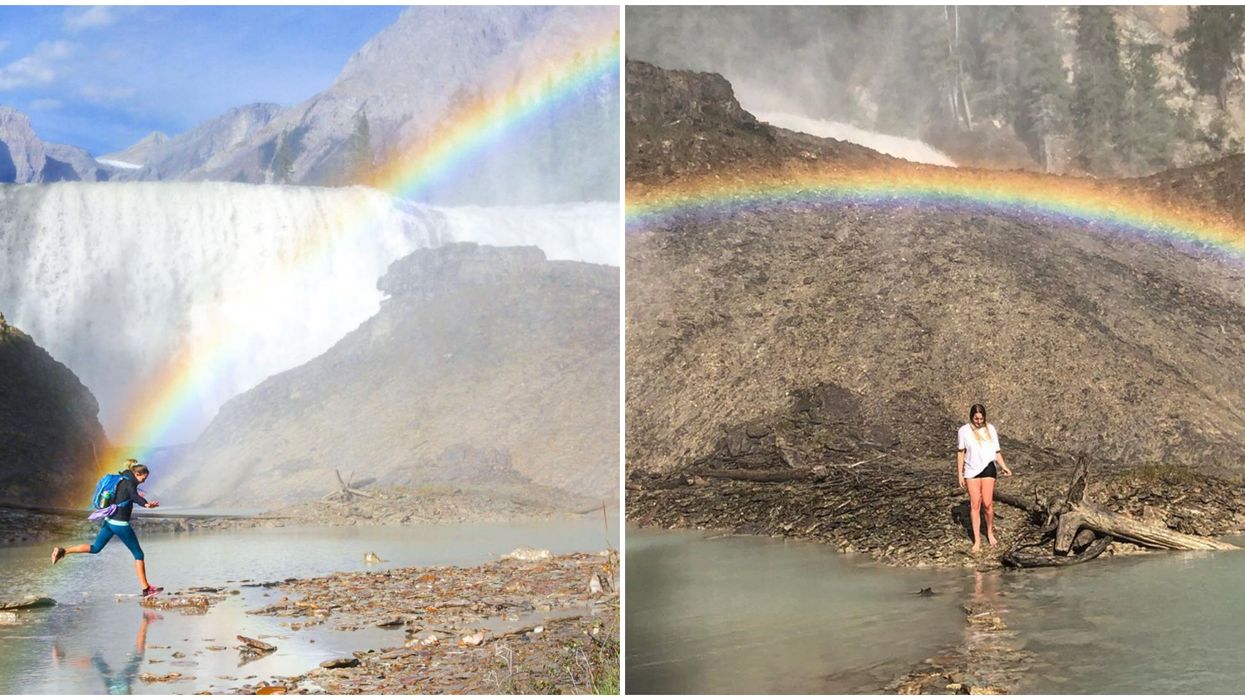 Dolly Parton famously said, "If you want the rainbow, you gotta put up with the rain!" But this spectacular waterfall in Golden, B.C. lets you have both at the same time. It's so misty and magical that you'll feel like you're in some sort of fairytale. Take our word for it, Wapta Falls needs to be on your summer bucket list.

The entire town of Golden is packed with nature escapes. Whether you like intense mountain treks or you like hanging out by a turquoise-green lake, there will be something in it for you.

But rather than go for the more common sights, you need to keep an eye out for is unique, unforgettable destinations like this rainbow waterfall.

The town of Golden is about a seven-and-a-half hour drive from downtown Vancouver and just under three hours from downtown Calgary.

A 4.6-kilometre trail from the Wapta Falls parking lot will lead you through both the top and the base of the waterfall. It's known to be an easy, straight-forward hike with an elevation of 60 meters.

An enchanting forest trail will bring you to your first lookout, which will treat you to overhead views of the Wapta Falls.

Here, you can spend your time experiencing the powerful force of the waterfall. It's known to be the biggest one of the Kicking Horse River.

Note that it does get fairly misty. And we're not just talking about the happy tears you'll be shedding after gazing out at this mind-blowing waterfall.

You can call it a day right then and there, but if you want to explore more staggering angles of the waterfall, you can head down the trail that will bring you to the base of the waterfall.

At the river, you're removed from the mist and the "rain" and you'll have the chance to gaze upon the beautiful river.

Plus, the rainbow is only visible if you make it to the bottom of the falls.

So if you want a taste of an unreal destination in the middle of Yoho National Park, you've found your pot of gold.

Why You Need To Go: To see all the colours of the rainbow against the backdrop of a jaw-dropping waterfall near Golden, B.C.