The Canadian airline is cracking down. 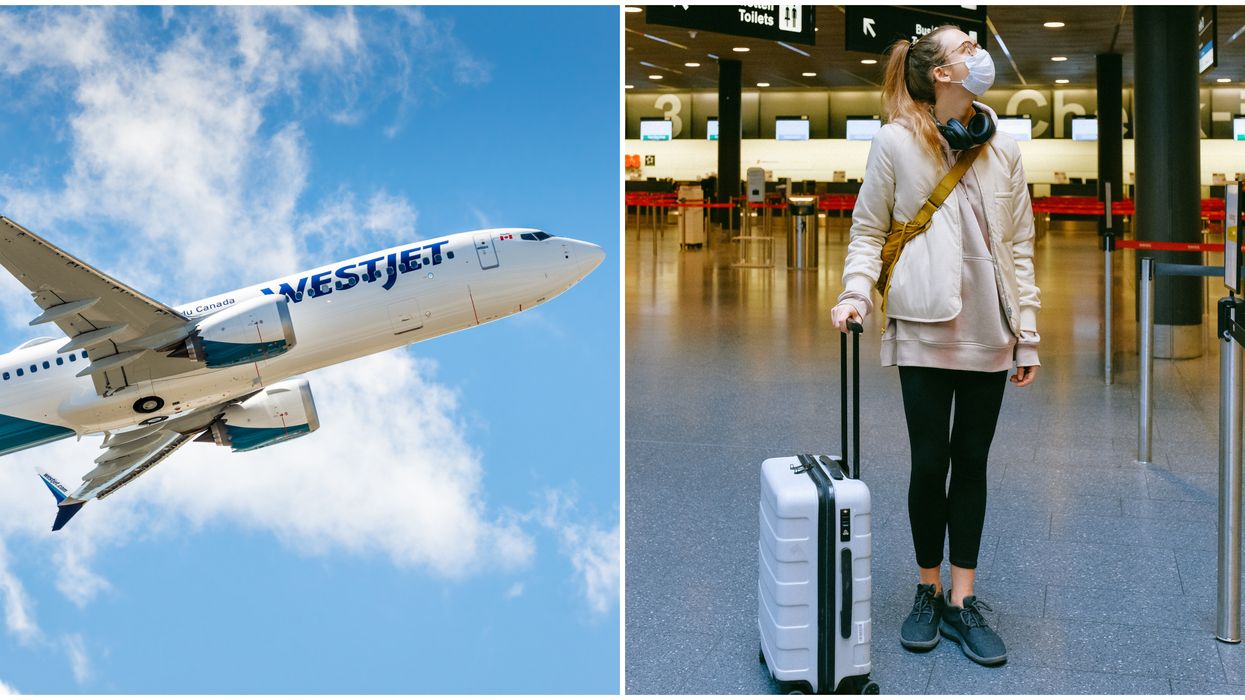 You better cover up if you want to board your flight! WestJet's mask policy is getting so much stricter and passengers can be banned from flying with the airline for an entire year. There are other consequences too for not covering up.

The Canadian airline announced that as of September 1, there will be a zero-tolerance policy that goes further to support the mandatory masking rule.

Every passenger over the age of two must wear some type of face-covering when travelling with WestJet.

If somebody doesn't, they will face penalties that range from being denied boarding to being suspended from travelling for up to a year.

The plane could even be returned to the airport gate so that the person who refused to cover up can be removed.

There's a three-step process to this new zero-tolerance policy.

Onboard the plane, passengers will first be asked to put on a mask by cabin crew.

Then they'll be given a warning that wearing one is required and it's mandatory for them to comply with the rule.

After that, any passenger who refuses will be given a notice that their non-compliance will get them put on a no-fly list for a year.

While onboard, people can take their masks off if they want to eat or drink as long as they put it back on once they're done.

Ed Sims, the president and CEO of WestJet, noted in a news release that the majority of people who travel with the airline are complying with the rule.

This new zero-tolerance policy clarifies how non-compliance will be enforced.

"Travellers must understand if they choose to not wear a mask, they are choosing not to fly our airlines," Sims said.

It's been mandatory for people to wear face coverings throughout their travels including while in the airport and onboard a plane.

There are exemptions for people who can't wear one because of health reasons.

Canada recently closed a loophole that allowed people to get around the mandatory mask rule by requiring a doctor's note for any who doesn't want to wear one.

A small number of people have refused to cover up on Air Canada flights and that has resulted in them facing penalties for non-compliance.

That includes a travel ban.