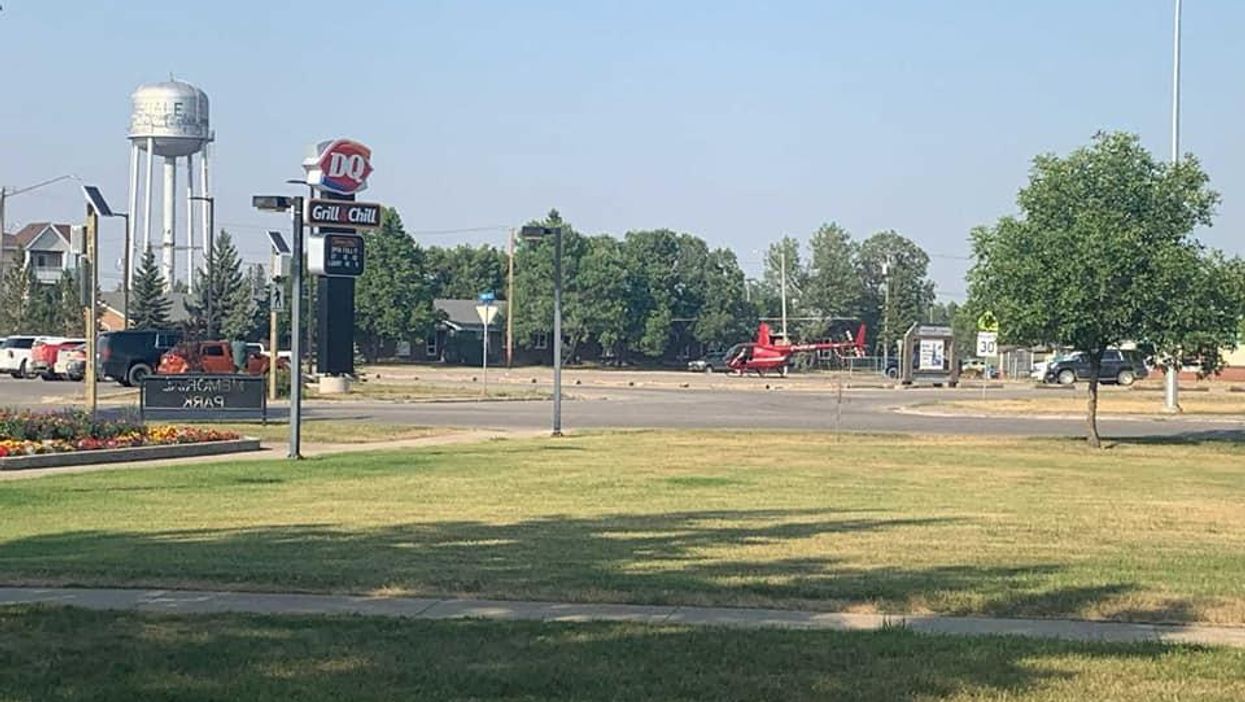 Sometimes you need to follow your gut and sometimes your gut takes you to Dairy Queen. A helicopter pilot in Saskatchewan has been charged for landing illegally at an ice cream shop.

Not only did the helicopter land in an illegal area, but it was also right in the middle of an RCMP investigation.

"On July 31, 2021 at approximately 5 p.m., Tisdale RCMP received a complaint that a helicopter had landed in a high traffic parking lot on 101st Street in Tisdale, SK," said the police release. The helicopter kicked up a bunch of dust and debris when it landed.

As it turned out, it was not an emergency landing. "A passenger of the helicopter exited the aircraft and entered a nearby restaurant to buy an ice cream cake," said RCMP.

The man flying the helicopter was licensed but the landing was, in fact, illegal. He was charged with one count of dangerous operation of an aircraft and will appear in court on September 7.