Great shirts for a great cause. 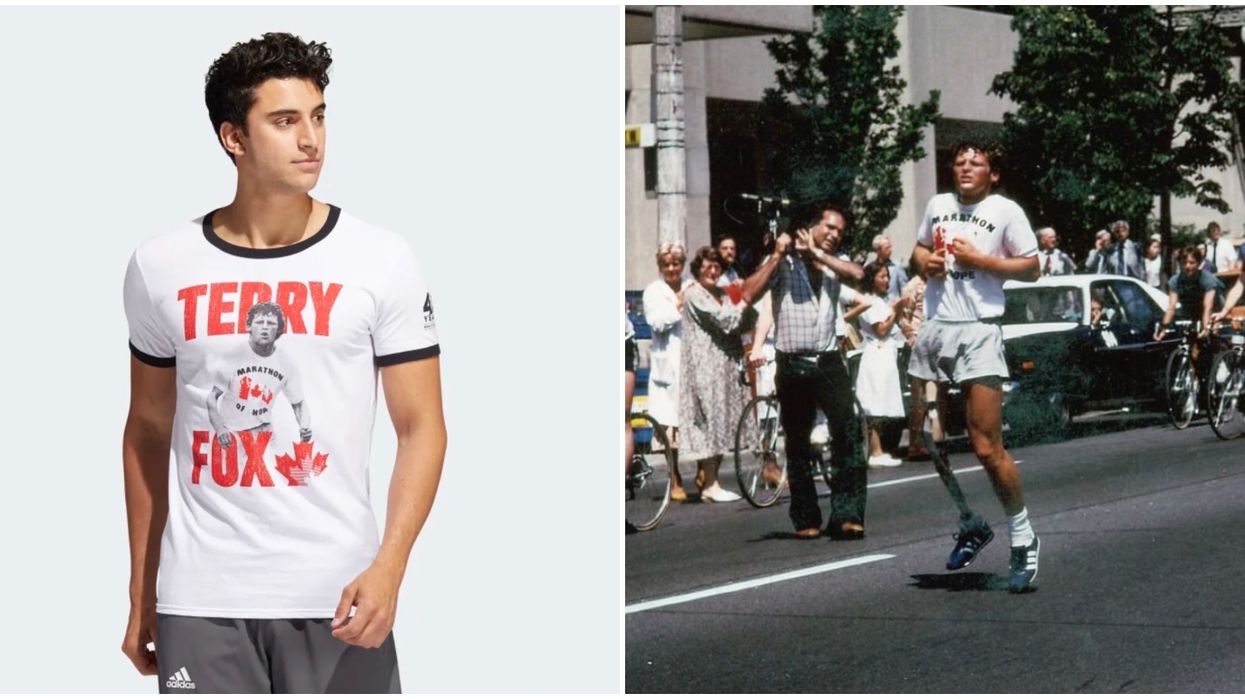 Anyone who wants to show their love for a famous Canadian while supporting a good cause is in luck. The next batch of merch from the adidas Terry Fox collection is going on sale tomorrow. These popular items commemorate Fox's epic journey and help contribute to the foundation named for him.

The next release was announced by adidas Canada in a July 9 tweet, reading "We are honoured to announce our third commemorative collection dedicated to Terry Fox and his Marathon of Hope, launching July 11. Thanks to you, we are halfway to our $1 million dollar donation target and one step closer to Terry’s vision."

The latest merchandise includes four new t-shirts, two of which include iconic quotes from Fox himself.

Printed in bold, dark letters on plain white material, the shirts read "dreams are made if people try," or "the answer is to try and help others."

Also included are two retro-style t-shirts. The first, which was available with the previous collection of Terry Fox merchandise, features red trim on the collar and sleeves, along with a photo of Fox on the front and a map of his journey on the back.

The second shirt, which is white with black trim, puts Fox front and centre, framed by his name in bold, red letters.

We are honoured to announce our third commemorative collection dedicated to Terry Fox and his Marathon of Hope, lau… https://t.co/LolmuDpmrF
— adidas Canada (@adidas Canada)1594303498.0

The big seller with the previous releases, the commemorative Orion sneakers, will not be included this time, though.

However, adidas Canada replied on Twitter to people asking about the shoes saying to stay tuned for restocks over the next few months.

@washburndave Not for this launch. Stay tuned for updates on Orion restock over the next couple months.
— adidas Canada (@adidas Canada)1594308214.0

The new Orions, which recreate the shoes that Terry Fox wore during his Marathon of Hope, were hard to get. They sold out within minutes when they were first released.

All of the net proceeds, up to $1 million, from sales of the Canada-exclusive shirts and shoes are being donated to the Terry Fox Foundation.