"The driver's side back seat door was open, and a pair of legs were dangling out." 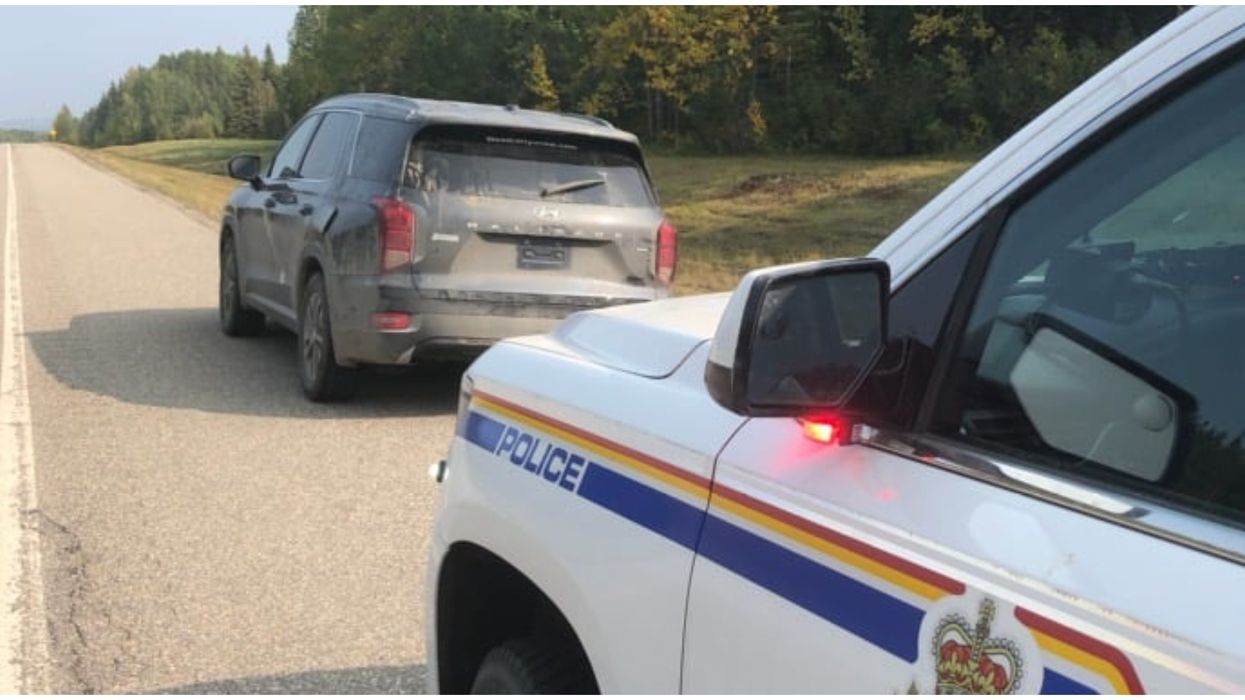 It sounds like carjacking may be an exhausting gig. On Tuesday, October 6 Alberta RCMP said they found two guys in their 20s fast asleep in a stolen vehicle on the side of a highway.

According to an Alberta RCMP Facebook post, a vehicle parked on the side of the road caught an officer's attention as he was driving along Highway 11 near Rocky Mountain House.

"The driver's side back seat door was open, and a pair of legs were dangling out," explained the post.

Editor's Choice: A Female Youth Has Been Charged With The Murder Of A 13-Year-Old Edmonton Girl

When the officer looked up the plates, he realized they were stolen and didn't match the vehicle he was parked behind, which was also reported stolen.

While the two sneaky thieves were catching up on their beauty sleep, the officer took the keys out of the vehicle and called for backup.

The driver eventually woke up on his own and was immediately arrested but the other guy had to be shaken awake by officers.

The driver was released but the passenger had seven outstanding warrants and was held in custody.

Police are looking for the three-week-old baby.

A three-week-old miniature donkey was stolen from a farm in Halton Hills, and police are now investigating.

The furry creature, named Sebastian, was stolen sometime between Thursday, August 19, and Friday, August 20, according to police.

The passenger had to take control of the car on the highway. 😱
rcmpmb | Twitter

Manitoba RCMP is urging drivers to clear ice and snow off their vehicles before hitting the road after a chunk of ice left one man unconscious in his car on the highway.

In a tweet on April 20, when some parts of the country experienced snow, officials shared a pretty shocking photo of a smashed-up vehicle.

A Toronto gallery was the scene of a midnight heist Monday night and four pieces of art were allegedly stolen.

Toronto Police stated that they received a call at approximately 12:00 a.m. Monday night reporting a break and enter in the Avenue Road and Davenport Road area.