A grizzly situation with a paw-sitive outcome! 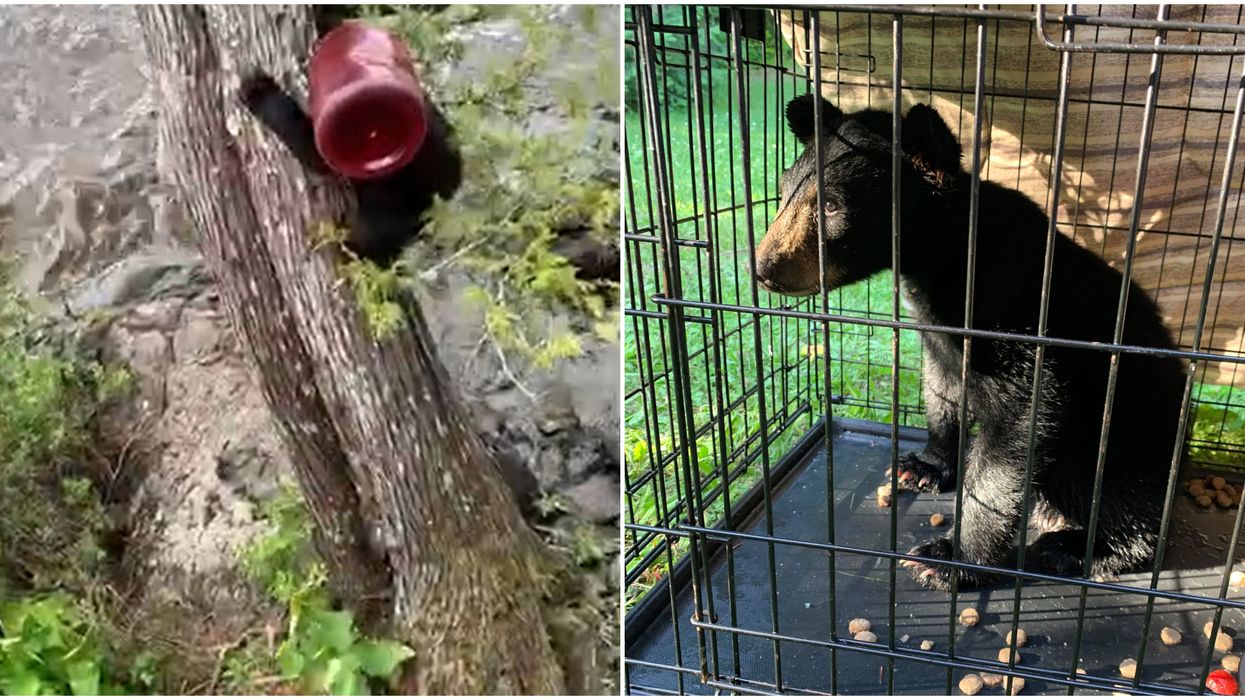 Talk about a grisly situation. It was all paws on deck Sunday, July 19 as an Ontario bear cub with its head lodged in a bucket was rescued by local residents using their bear (OK, bare) hands. The poor baby had apparently been stuck in the bucket for several days before being saved.

In a video posted to Facebook on Monday, July 20, you can see the frightened black bear cub rush up a tree just outside of Trevor Buchmann’s Kenogami, Ontario cottage.

Editor's Choice: A Toronto Casting Call Will Pay You & Your Friends $1,000 To Be In A Cineplex Commercial

After using just the bare necessities in their rescue, like a pole to gently knock the bear into the lake below, Buchmann and his friend Greg Elder were able to remove the red bucket.

Then, they set this little fur baby up with some sweet snacks inside a dog kennel.

Initially, the cub looks restless after what was likely an unbearable situation but it eventually warms up to the cottage-goers.

Following the rescue, Kenny, named after the lake that helped save his life, will be heading to Bear With Us, a local sanctuary.

All's well that ends well! Only after a while, though.

With numerous reported spottings, Buchmann suspects Kenny had been wandering around like this for over a week, which is pretty heartbreaking.

“We suspect the bear got stuck at the township dump maybe Sunday last. We first heard about him on Thursday but others had seen him before that near Highway 11 about 5 km from my house," Buchmann told Narcity via email.

According to The Toronto Sun, Elder and Buchmann received step-by-step instructions from a veterinarian during the rescue process.

It’s not every day that you see a bear in this kind of sticky situation.

Spotting bears in the treetops certainly isn’t new for Ontario.

In fact, a black bear was recently spotted playing peek-a-boo on an Ontario construction site while another burly bruin was seen roaming the streets of Barrie.

And if you thought these wild bear sightings were exclusive to Northern Ontario, think again.

Just last month, this fur baby was seen pawing their way through the streets in Markham.

The bucket, though, is a new twist. Thankfully, it all turned out alright.

So bear you have it. Enjoy your freedom, little Kenny!

The first on the list and the most expensive is Vancouver, followed by Toronto. In fact, the top 10 least affordable cities are all within Ontario and B.C. Here's what it costs on average to rent a one-bedroom apartment in Canada's most expensive cities: