The Perseid Meteor Shower Will Shoot Across Georgia Skies This Summer

Get your wishes ready. 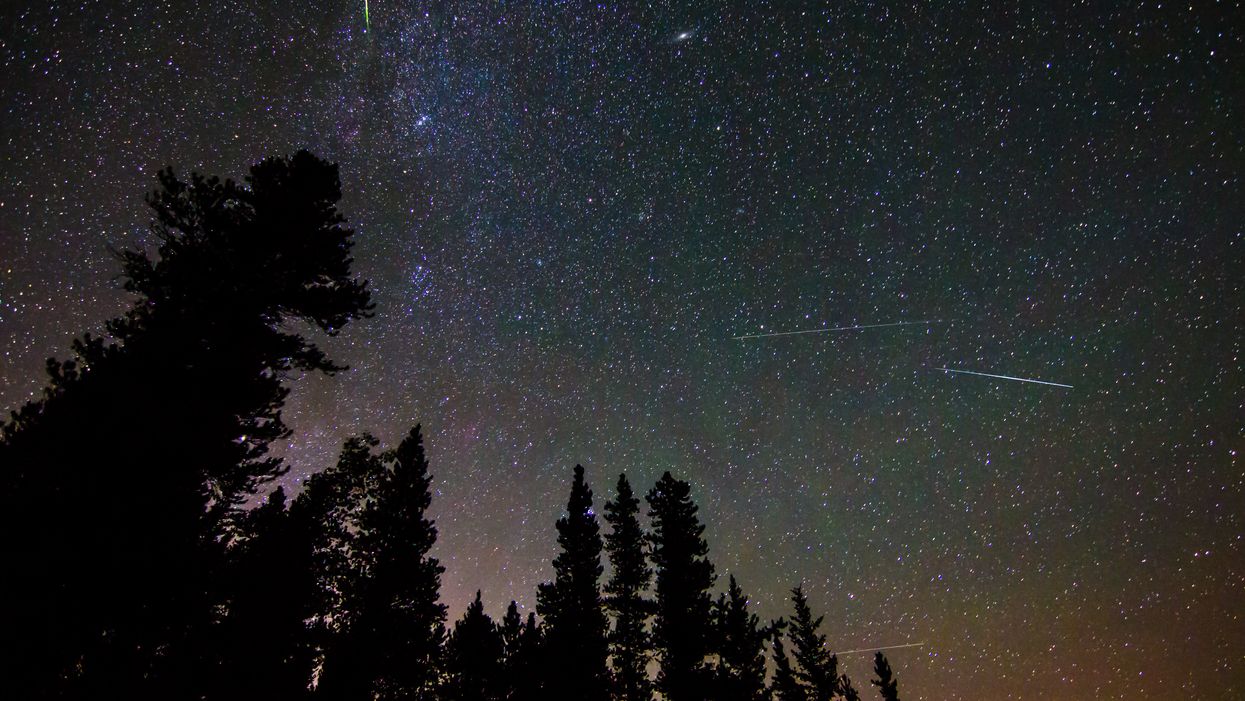 When you think of Atlanta, you might think of the nightlife, the traffic, and the large numbers of people who live there. What you might not think of are the stargazing opportunities the city can offer. In about a month, the Perseid meteor shower is going to light up the southern night sky and you can see it all without a telescope.

You can catch the Perseid meteor shower every year in the summer months. Timeanddate.com reports that you can see them shoot across the sky anywhere between July 17 and August 24, but you'll get the best views during the shower's peak.

This year, the star show's peak will dazzle sky-gazers between August 11 and August 12 for the Atlanta area.

EarthSky states that the best time to see this celestial event is in the early morning hours, even though you can sometimes catch them before midnight even hits. After these peak days, you'll still be able to see remnants of these shooting stars for about 10 days.

Timeanddate.com has a meteor shower sky map that'll show you the shower's positioning in the sky, as well as viewing conditions and when the best times will be to sit outside and observe.

It's very possible viewers will be able to see between 40 and 50 meteors every hour during the peak with excellent visibility in Atlanta from 10 p.m. on August 11 to almost 1:30 a.m. in the early morning hours of August 12.

The moon is said to be in its last quarter phase which does reduce some visibility, but these meteors are so bright, they're still able to be seen through the moonlight, according to EarthSky.

One of the best parts about this shower is that you don't need any special equipment, just your two eyes. For the best viewing experience, you'll want to make sure you're away from bright city lights that blot out the sky.

Your eyes might take up to 20 minutes to get used to the dark, but once they adjust you can be mesmerized by glowing meteors.

This would be the perfect romantic date night for those looking to do something affordable, fun, and unique. Grab a blanket, some snacks, and kick back in the grass as you get ready to watch the annual Perseids star show.