You can donate to their medical care. 😭 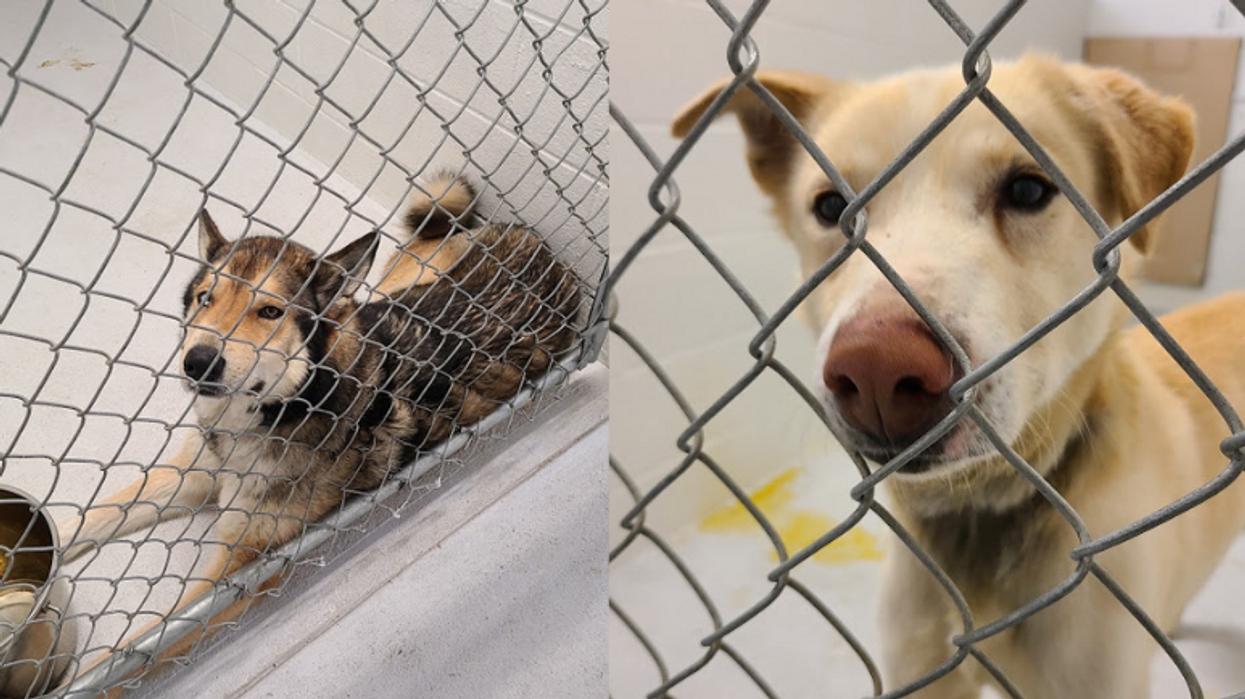 According to the BC SPCA, 40 dogs that were in distress have been seized from a dog sled operation in the West Kootenay area.

According to Marcie Moriarty, chief prevention and enforcement officer for the BC SPCA, the dogs were staying in an inadequate shelter, had hypothermia, and were suspected to be dehydrated.

In 2012, the Province of British Columbia, veterinarians, the BC SPCA and the sled dog industry jointly created Canada’s first Sled Dog Code of Practice, which sets out standards of care for the health and welfare of sled dogs. Marcie Moriarty

The property owner had been given directions to improve the conditions but he refused, resulting in the dogs being taken away.

The animals are now safe and are being taken care of.

You can donate to get them vaccinations, medical exams, and shelter.

They're not available for adoption at this time but they're safe and that's all that matters!