The First 3,900 Vaccine Doses Will Roll Out In Alberta Next Week On December 16

Here's exactly who will be getting them. 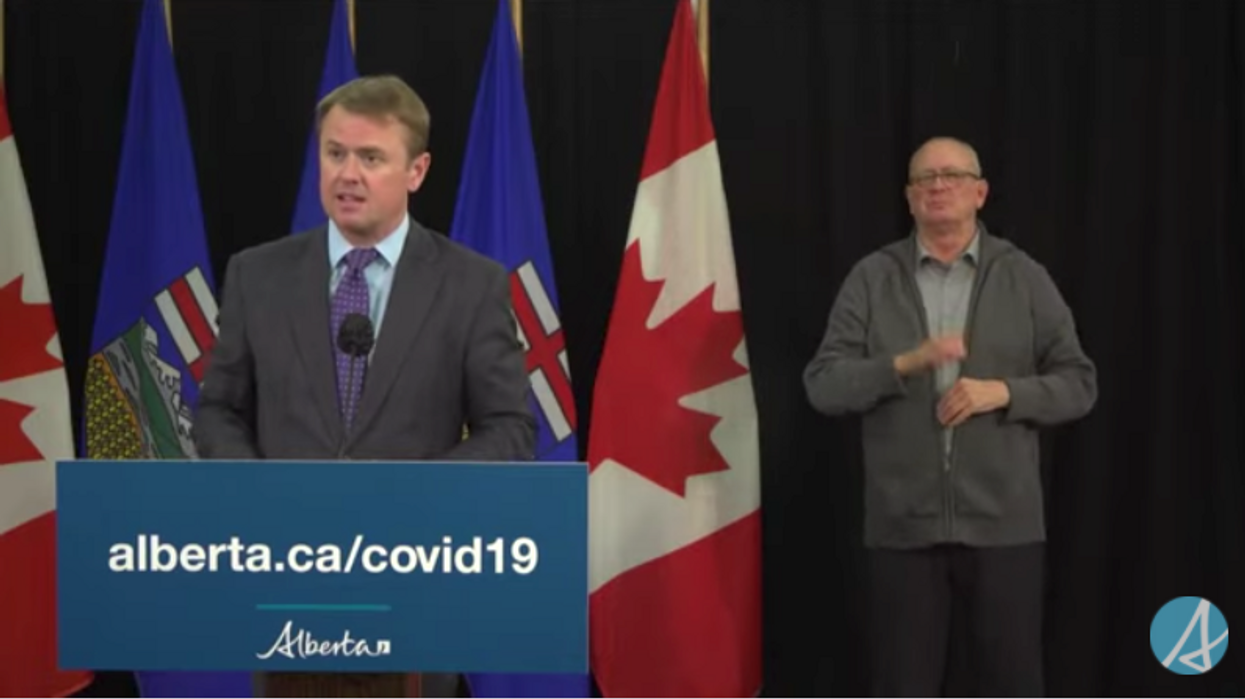 Well, that was fast. On Wednesday, December 9, Dr. Deena Hinshaw and Health Minister Tyler Shandro addressed Albertans in a public health update. During the address, they touched upon the distribution of COVID-19 vaccines in Alberta.

In fact, Shandro said that rollout will begin next week with the first 3,900 doses being distributed on December 16.

The minister explained that the first Pfizer-BioNTech doses will be going to "ICU doctors and nurses, respiratory therapists and long-term care workers throughout the province."

Editor's Choice: Trudeau Says The Government Will 'Work With' Canadians Who Need To Repay The CERB

These staff are exhausted and they've put themselves at risk for 10 months.  Tyler Shandro

"And I hope that seeing the immunizations begin will show them that there's light at the end of the tunnel, for them, for the patients and most of all for all of us throughout the province," he continued.

As you may recall, Alberta had detailed that the first round would also include long-term care residents.

Shandro said that they won't be included this month as Pfizer guidelines say that the province needs to start by administering the vaccines at the site of delivery.

"But we hope that by covering the staff we'll start reducing the risk to patients and residents, and we'll immediately reduce the burden and risk for the staff," he noted.

Next week's vaccines will go to staff from the Foothills Hospital and the Peter Lougheed Centre in Calgary. In Edmonton, it will be the staff from the University of Alberta and Royal Alexandra hospitals.

This will be the first of two doses that these people need to receive, they'll be booked for their second, which will be a month down the road, when they get their first.