The free attraction has waterfalls, ponds and a firepit. 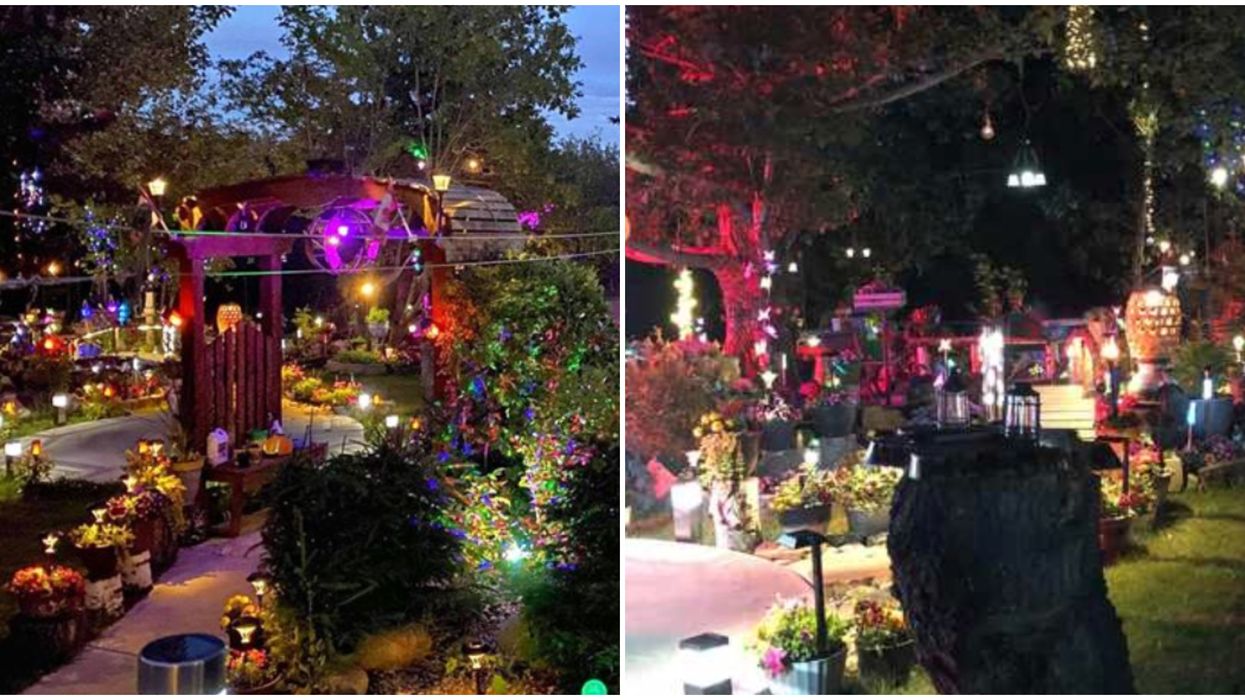 This isn't your average backyard garden. A man from Sherwood Park, Alberta has transformed his green space into an attraction, complete with ponds, light shows, waterfalls and a firepit. Now, you can check out this Edmonton backyard garden for free -- all you have to do is reserve your spot.

Narcity spoke to the homeowner, Edmond Laplante, who said his small quarantine project unexpectedly evolved into something spectacular.

He started up the garden attraction with his roommate in early May, who's been helping him engineer many aspects of the yard.

"So we started with putting some lights on. It turns into fifteen lights, twenty lights, and now we're close to a thousand lights."

It's not just the scintillating lights that have captured the attention of locals. Laplante told us that his garden has about three ponds, one of which has "at least four waterfalls" and a picturesque bridge.

Laplante said that he tried to go for a tour-of-the-world theme for the garden attraction.

"What we tell the people is they're going to Canada, to the Rockies, then they go to Asia. Then they go over the bridge to the Virgin Islands," he said.

"Then they go to Iceland. They finish off at a beach in Mexico where we have a firepit."

The Sherwood Park homeowner told us that the garden's been fully booked for the past couple weeks since they opened to the public at around mid-July.

They only take it about 25 people a night. To make a booking, you have to go on their Facebook and directly message LaPlante, where he will give you the address. You can visit the garden in small groups of three to four people.

Laplante said that after a while, he decided to let visitors reserve time in the garden. Word got out, friends told friends, and he began to receive Facebook messages from people who wanted to see it.

Since the light show is a big highlight of the garden, you will need to show up to the attraction fairly late. Laplante said that the tours begin at around 9:30 p.m. until around 12:30 a.m.

But there is something in it for day guests, too. Laplante said that the flowers in the garden have been a huge hit with visitors.

Laplante tells potential visitors to make the trip before they close up in late September.

All guests need to follow social distancing. Masks are encouraged, though it's up to the visitor's discretion.