Everyone is trying to guess the gender on social media. 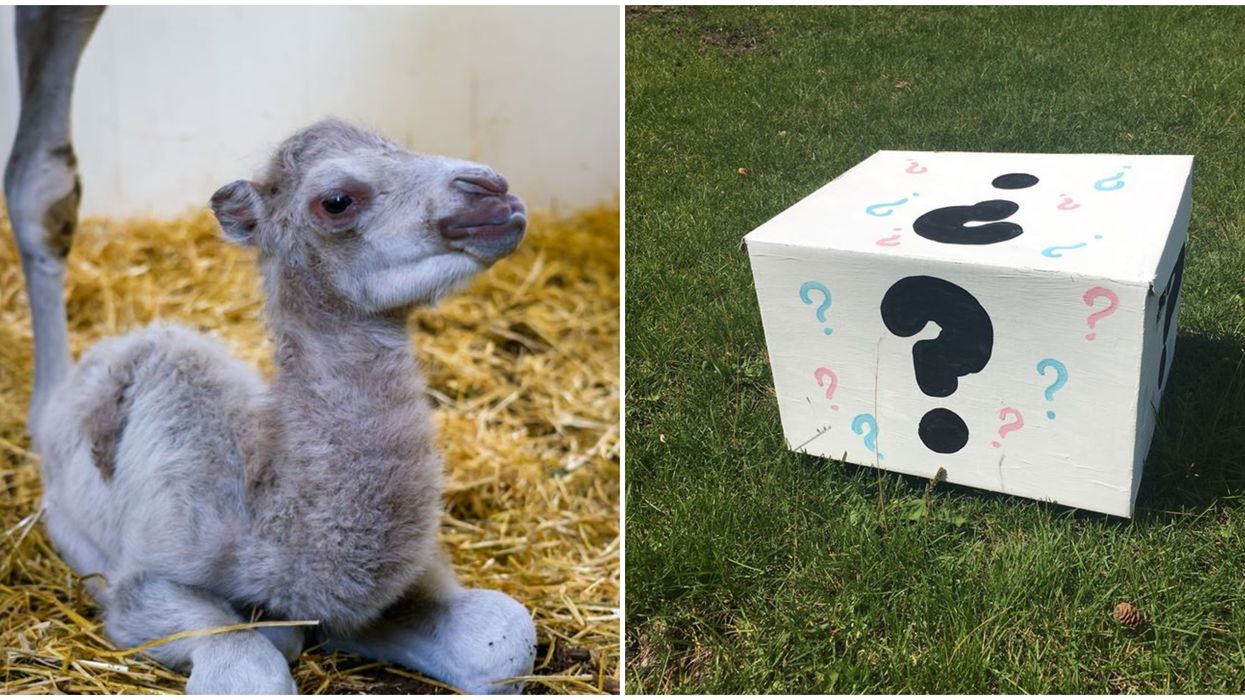 There's a new baby in town. On Friday, July 10, the Edmonton Valley Zoo announced that one of their camels had just given birth. While sharing photos of the newest addition, the zoo shared that they're going to be holding a gender reveal party on Wednesday, July 15.

The camel parents, Dolly and Genghis, have had a crazy couple of days following the birth of their little one.

Turns out the little one isn't all that little compared to human standards.

But you only need to see the photos of the baby camel cuddling with mama to see how fragile it really is.

Dolly has reportedly been super "attentive" to her new boo while the baby Bactrian camel has been spotted getting very curious about its surroundings.

On Tuesday, the zoo announced that they're throwing a 'sex reveal' the following day in which both the gender and the name of the baby will be unveiled to the whole world.

People are totally invested in this reveal and some have even begun guessing the gender in the comments section.

On the day that the zoo announced the birth, it also released a video of the baby camel exploring its environment and "testing its legs."

It leans up to its parent many times and at one time just collapses on the ground to rest like the absolutely adorable baby it is.

I think we're understanding why the zoo is going above and beyond to throw this baby camel a name and gender reveal: it's just so cute and the world deserves to know about it.

The zoo also provided more information on Bactrian camels in general. Dolly and Genghis are "ambassadors for their wild Bactrian camel cousins, who are critically endangered with fewer than 1,000 remaining in the wild."

These kinds of camels are found in the Gobi desert located in China and Mongolia.

They're also known for having two humps as opposed to just one. They also don't sweat, enabling them to store fluids for a long time.

Are we a little jealous over their inability to sweat? Maybe.

While mentioning fun camel facts, the zoo also posted a photo of a box marked with question marks. That's presumably the box that holds the big reveal.

Anticipation is in the air. Boy or girl? .