Images of the premier and ministers are circulating all over social media. 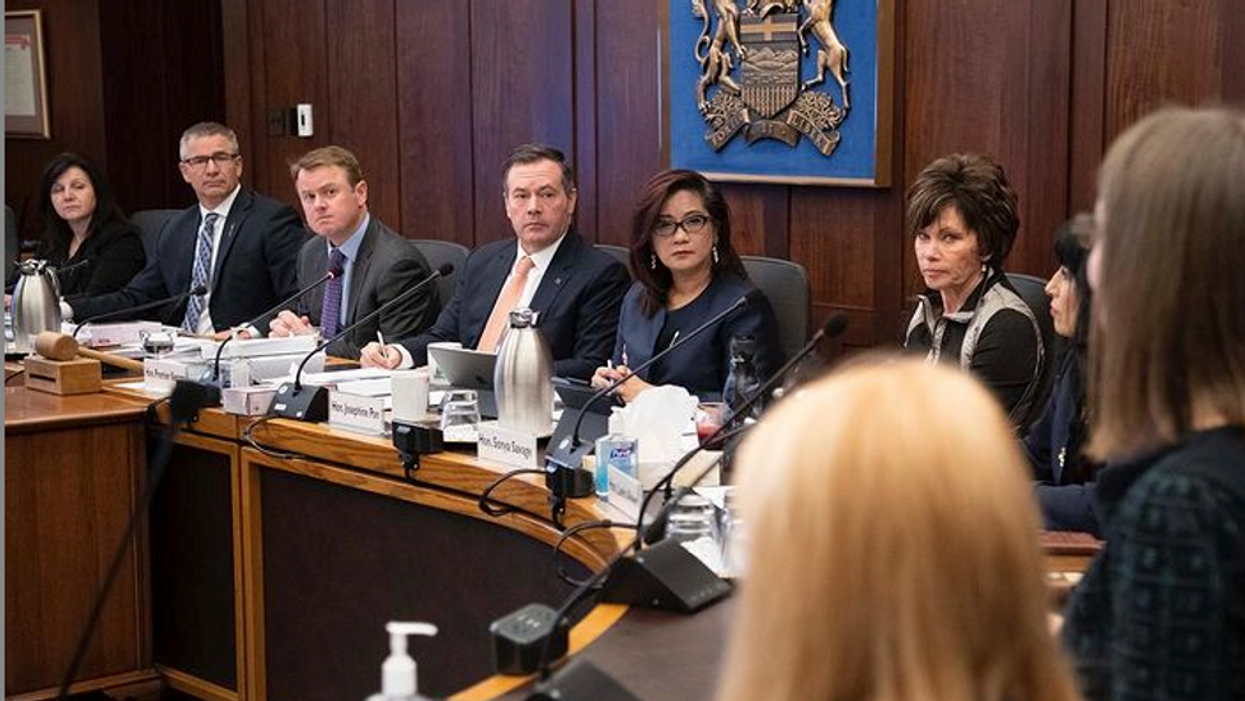 Photos have surfaced of Alberta's Premier Jason Kenney on a patio with three provincial ministers and at least two other people. The group appeared to be dining on the patio of Edmonton's Sky Palace, and two bottles of wine and one bottle of whiskey are visible on the table.

The group consisted of Kenney, Health Minister Tyler Shandro, Environment and Parks Minister Jason Nixon, Finance Minister Travis Toews, and two others. The gathering took place on Tuesday, June 1, according to CBC News. Also pictured is what looks like two unmasked servers. In fact, the entire group is unmasked.

From the DM’s... As of June 1st, outdoor gatherings are allowed if there’s social distancing, no indoor component… https://t.co/Yh6ndiKusV
— The Breakdown (@The Breakdown) 1622657504.0

While outdoor gatherings are permissible under Alberta's current health orders, the government's mandate states that "distancing and masking requirements remain in effect." As for dining, outdoor dining is allowed but only in groups of up to four household members.

According to the Toronto Sun, Jerrica Goodwin, Kenney's press secretary, said that the gathering was within current health guidelines. "The premier, with a few ministers and staff members, held a working dinner last night. You'll note the gathering was outdoors," she said. Though, the group was seen sitting close together on the patio.

Jason Kenney has not made a public statement as of the time of writing.