An investigation has been launched. 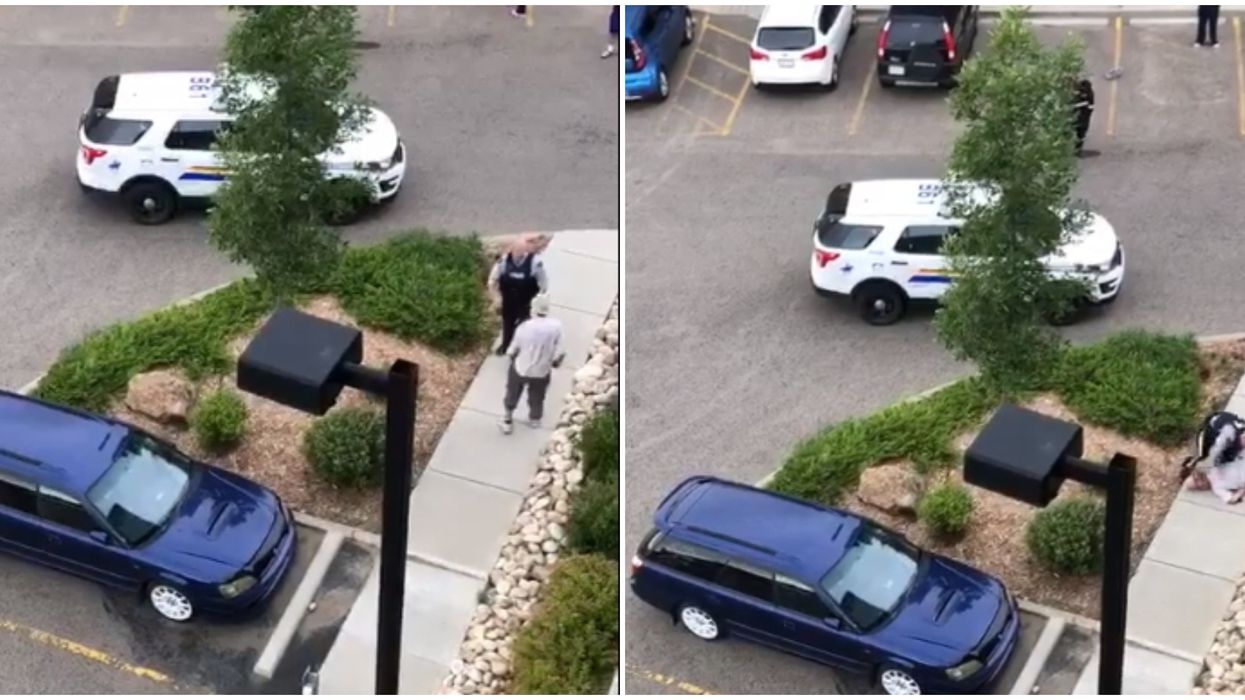 A recent arrest in Alberta has gone viral. On Tuesday, July 21, Strathcona County RCMP arrested an individual near an apartment building in Sherwood Park, Alberta. The Sherwood Park arrest will be investigated by the town's mayor, Alberta RCMP, and ASIRT, a civil body that looks into alleged police misconduct.

This article contains graphic content that might not be suitable for some readers. This article includes excessive violence.

The video has been shared on multiple platforms and has been viewed at least 90,000 times.

Editor's Choice: Canadians Could Get A Tax Break For Working From Home & That Means More Money Back

It begins with a man wearing a beige hat having what appears to be an argument with another man wearing all-black. It's unclear as to what prompted their argument. Within a minute, a police vehicle is seen pulling into the parking lot.

An officer steps out and addresses the man wearing the hat. The officer goes on to lead the man by his arm towards the vehicle. The two stop on their way and stand around for a moment.

Suddenly the cop is seen forcing the man to the ground. The male appears to have his head struck against the pavement during the takedown.

The man is heard groaning after he hits the pavement. The cop appears to say, "what did I tell you?" and proceeds to handcuff the man's hands behind his back.

"He is bleeding," shouts the individual who is recording the ordeal.

"Really?" the officer responds in a sarcastic tone. The man remains motionless on the ground.

The officer is then seen speaking into his radio. The video zooms in and a pool of blood can be seen next to the arrested man's head.

The video ends with another police officer arriving on the scene.

According to the police report sent to Narcity, RCMP and Fire Emergency Services first went to the apartment complex at around 6:13 p.m. to respond to a fire that was located in one of the apartments.

The homeowner couldn't be found immediately.

Over an hour later, cops responded to yet another incident at a coffee shop in Sherwood Park. A man who later went on to be arrested in the video shown above was allegedly making a scene at the coffee shop. He was also reported chasing a vehicle, according to the RCMP. Video of the man at the coffee shop has also emerged on Facebook.

He was told by RCMP to leave the premises.

Following the arrest, "EMS was immediately dispatched and the male was taken to hospital and has subsequently been released."

Alberta RCMP said that they're investigating the incident and reviewing the cop's duty status.

Alberta Serious Incident Response Team (ASIRT) is also said to be looking at the police officer's conduct during this arrest.

Strathcona County Mayor Rod Frank said in a tweet that he's working with the police commissioner to review the matter and gather all the necessary facts pertaining to the arrest.