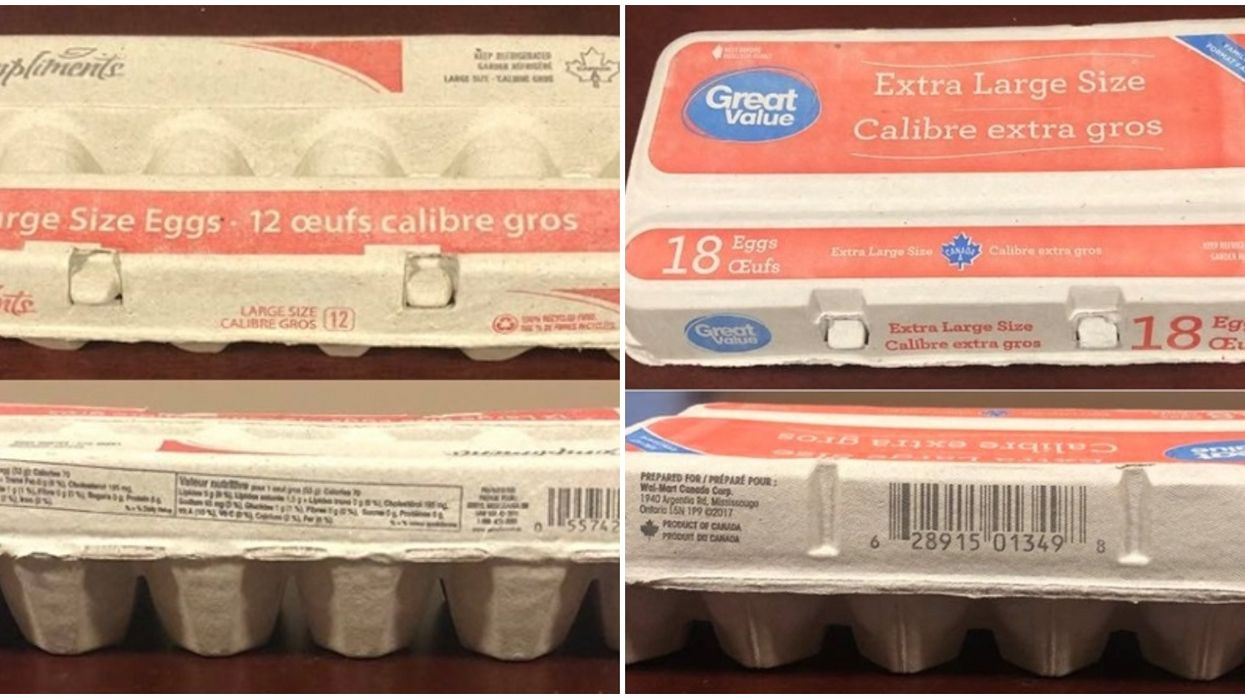 Picking up the ingredients for your Thanksgiving dishes might require some closer inspection, as there has been an egg recall in two provinces.

The Canadian Food Inspection Agency (CFIA) announced on October 8 that eggs from the Hilly Acres Farm company were being recalled in Nova Scotia and Newfoundland.

This was due to a potential risk of salmonella contamination.

There is a long list of products that have been recalled from several different brands in the provinces.

These include 12 and 18 packs of Great Value, Compliments, and No Name eggs, as well as several other brands.

Consumers who have purchased any of the eggs on the CFIA's recall list should either throw them out or return them to the store where they were purchased.

There have not been any reported illnesses caused by the affected products, and the CFIA is conducting a food safety investigation that may lead to further recalls.

This is the latest food recall to be triggered in Canada due to salmonella contamination, following onions, peaches, and pig ear dog treats.

It could make you seriously sick.

Hand sanitizers are definitely a new normal in our lives, and Health Canada is advising people to check some of their products out to avoid potential health risks.

According to a news release, a total of five hand sanitizers are being recalled, three of which have "potential bacterial contamination."