This isn't the pilot's first time paying tribute from the air. 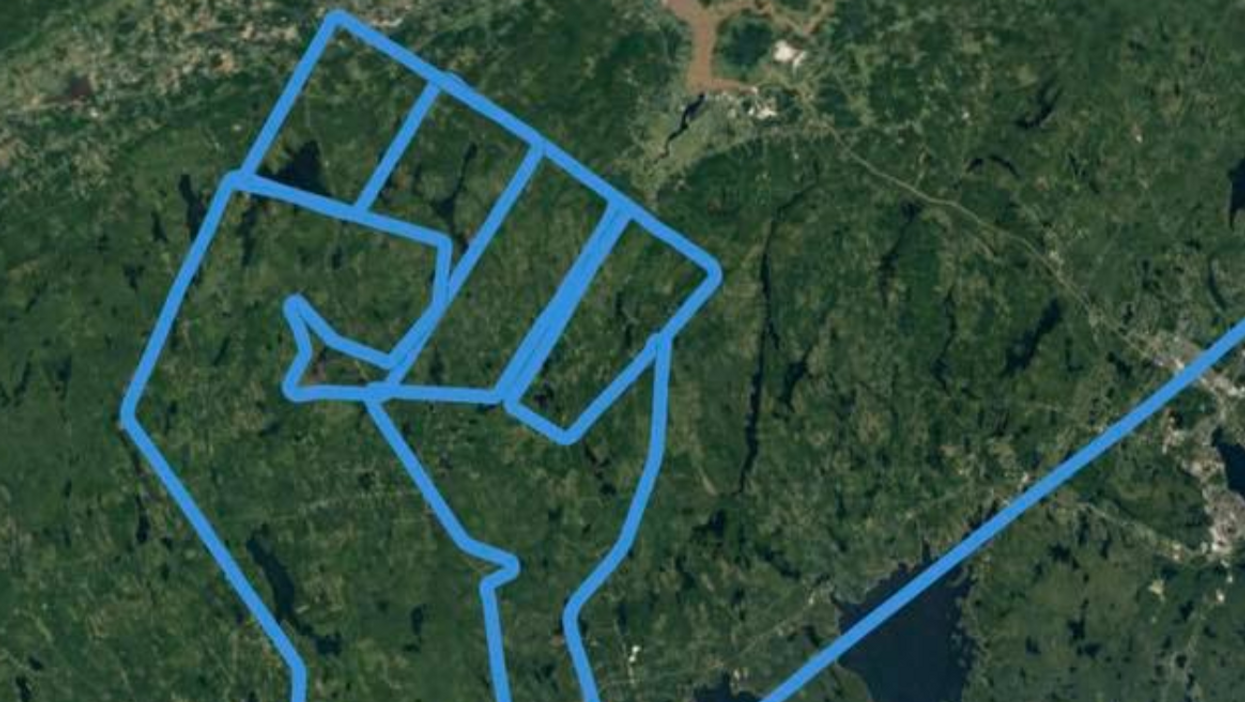 A show of support and respect from above. A Nova Scotia George Floyd tribute was done by a pilot who flew over the province in the shape of a raised fist. It isn't the first time this person has taken to the sky to pay their respects.

On Facebook, pilot Dimitri Neonakis posted about his flight over the maritime region in memory of Floyd.

It was a 330 nautical mile trip that took the shape of a raised fist which Neonakis said is a symbol of a movement he supports and respects.

"While I was up there moving around free, the words of George Floyd 'I can't breath' came to mind a few times, a stark contrast," he said in the post.

Based on flight path data, Neonakis was in the air for almost two and a half hours to do this.

He took off near Halifax on June 4 and drew the symbol in the air over the surrounding area before landing.

To draw out the path, he uses an app and it takes him about four or five hours to plan out the route before he takes flight.

"People like it. And as long as people like it, I’ll keep flying," Neonakis told Global News.

"To see this, it hurts me," the pilot said about Floyd's death.

For Neonakis, his airplane is an outlet for him and he enjoys using it to create images in the sky.

"I want to get up there and spread the word of how I feel," he said.

This isn't the first time Neonakis has gotten recognition for his images in the sky.

Following the mass shooting in Nova Scotia, he flew over the province in the shape of a heart to pay his respects to the victims.

In response to Floyd's death at the hands of the police in Minneapolis, Canadians are showing their support.

Protests have been happening across the country in solidarity.