22 Happy-Ending Movies On Amazon Prime That Audiences Are Loving

The feel good night in that you deserve! 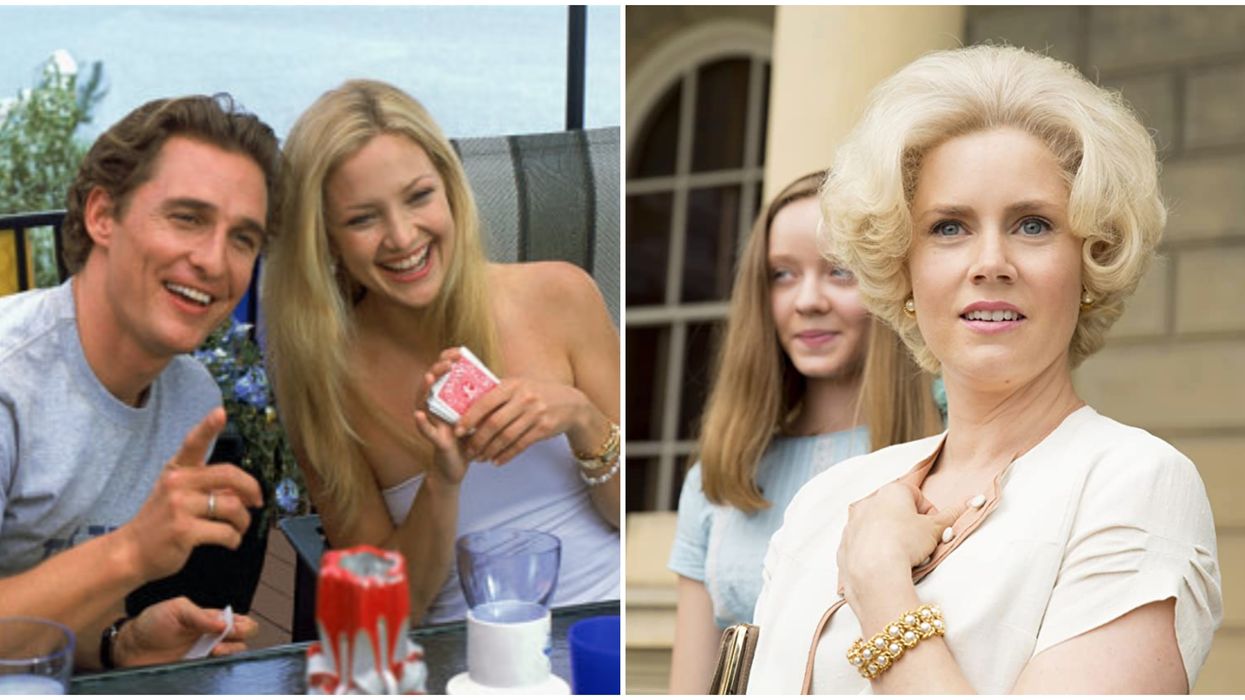 Boost your mood! The next time you find yourself feeling a little bit down in the dumps, the solution can be as simple as relaxing in bed while watching a film. There are so many happy movies on Amazon Prime that have the power to cheer you up with minimal effort on your part.

If you're a sucker for love stories, the platform's selection of romantic comedies is seemingly endless. However, they also have dramas, fantasy films, and flicks that you can check out with your family!

Not only are all these movies just a few clicks away, but they've all also earned themselves incredible ratings from audiences, so we can almost guarantee that you'll enjoy watching them.

Back to the Future

Marty McFly finds himself blasted back to the year 1955 after entering a time machine created by his good friend Doc Brown. As he tries to make it home, Marty ends up in a situation that could jeopardize his future.

As they prepare for their friend's wedding, maid of honour Annie finds herself in serious competition with another bridesmaid, putting the big day in jeopardy.

A college freshman reluctantly joins an acapella group and decides to bring some freshness to their repertoire to help them gear up for their next big competition.

Dora and the Lost City of Gold

Follow Dora and her monkey companion Boots as head out to rescue her parents and solve the mystery of the city of gold.

When Dewey Finn decided to impersonate his close friend at his job as a substitute teacher, he quickly finds himself turning a group of misfit students into a rockband.

Gil heads to Paris along with his fiance and her family for a vacation, but when wandering the streets alone he finds himself taken back in time to a world far away from the one he knows.

In 1958, Katey and her family are beginning a new life in the city of Havana. Shortly after arriving, she meets and falls in love with Javier as their lives are changed by a revolution.

Save the Last Dance

A white midwestern girl makes the move to the city of Chicago, where she finds herself falling for a Black man from the South Side with a criminal past.

Anna Brady makes the brave decision to travel to Dublin so that she can propose to her boyfriend without it being taboo, but along the way, she begins to question if she really wants to be with him.

After becoming fed up with her life, Brittany decides to make a major change and begin training for the New York City Marathon.

From Prada to Nada

Two sisters are left penniless after the sudden death of their father and are forced to move in with their estranged aunt in Los Angeles.

After a whirlwind summer romance, Sandy and Danny are convinced they'll never see one another again — until she shows up on the first day of school, that is.

For a small book shop owner, life is very ordinary. However, that all changes when he comes face to face with the most famous film star in the world.

After meeting her dream man on vacation, a woman decides to get married. When they arrive home though, they quickly realize that their neighbours may be assassins.

Ladies' man Benjamin Barry has made a bet that he can make a woman fall in love with him in 10 days. It seems, however, that he's picked the wrong girl.

Charlie Logan doesn't want to lose the girl of his dreams, but a curse has been bestowed upon him that leads the women who sleep with him to find their husbands shortly afterwards.

A talk radio host advises one of her listeners to break up with her boyfriend, which spirals into him heading out to seek revenge against her.

A reporter begins working on a story about a woman who has left a series of men at the altar.

A woman with a Pride and Prejudice obsession heads to a Jane Austen theme park in hopes of hunting down the love of her life.

An artist found incredible success in the 1950s, only to face legal difficulties with her husband a decade later, as he tries to take credit for her work.

A man who is being pressured to propose to his girlfriend has a chance meeting with a runaway bride, changing their lives forever.

Chef Adam Jones has destroyed his career thanks to drugs and diva behaviour. He's now ready to clear his name and returns to London in hopes of gaining three Michelin stars.

Doug Ford's daughter Kyla Ford has changed the name of her cookie business, telling Narcity that she's "heartbroken" over the backlash that the name has received.