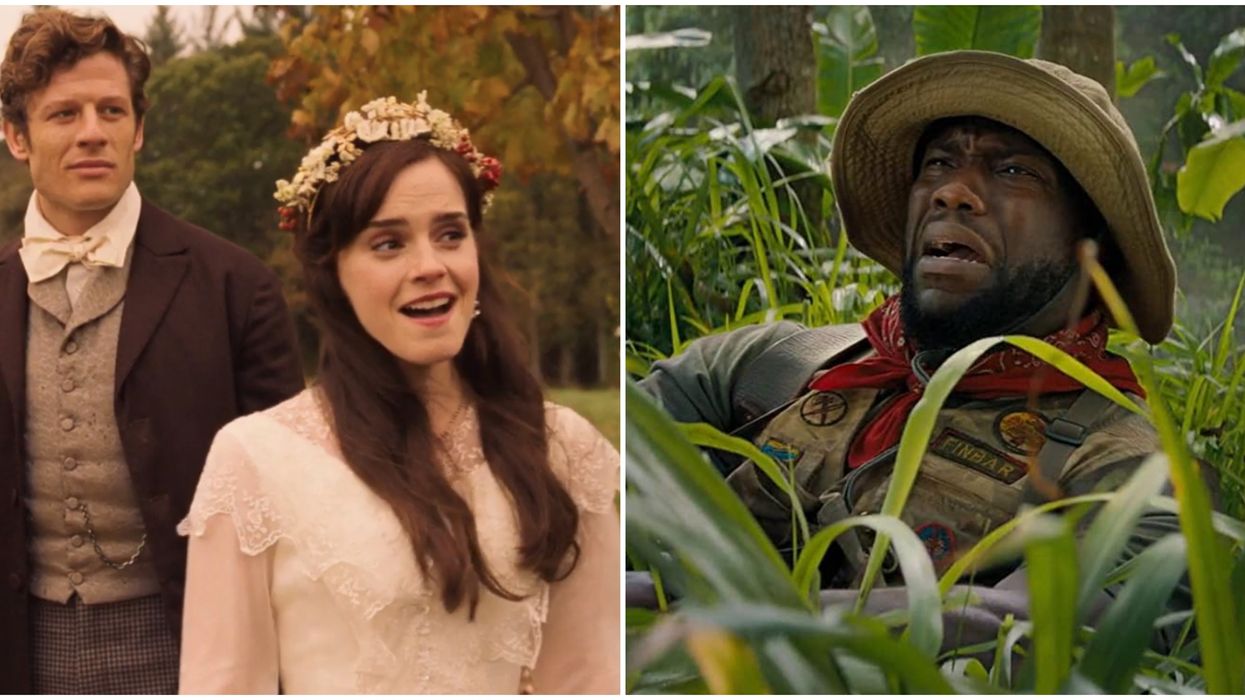 Binge the very best! Few decisions are quite as difficult as deciding what movie to watch. If you're going to invest your time into something you want it to be good, which is why you need to check out these high rated movies on Amazon Prime.

It's no secret that the streamer has an expansive library of both shows and movies that can easily fill up your free time, but with so many options, narrowing it down to just one can be a challenge.

Every month Prime Video adds brand new titles to its catalogue, and over the course of 2020, some seriously impressive movies have made their way onto the platform.

The next time you find yourself scrolling aimlessly, let this list guide you through some of the best new additions that you need to stream ASAP.

Anna Kendrick plays Beca, a university freshman, who joins her school's all-girl acapella group. The movie is full of funny moments and tons of catchy songs.

Elizabeth Banks revived the Charlie's Angels franchise with Kristen Stewart, Naomi Scott and Ella Balinska. The three angels come to the rescue to save the world from evil.

Jumanji: The Next Level

As they head back into the world of Jumanji to rescue one of their own, the original gang will have to take on new challenging landscapes and villains in order to make it out alive.

While on a first date, a young couple finds their evening taking a darker turn than expected after being pulled over by a police officer.

Arnold Schwarzenegger reprises his iconic role in Terminator: Dark Fate. Sarah Connor teams up with an augmented human to stop the Terminator from hunting down a young girl who holds the fate of the world in her hands.

Scary Stories to Tell in the Dark

Head back in time to Halloween of 1968, when Stella and her two friends encounter a mysterious drifter along with a notebook full of sinister stories.

Jo March recounts the many adventures she and her three sisters had over the years as they become independent women learning to live life on their own terms.

After a mysterious death, a detective begins to investigate the victim's family members in hopes of finding the culprit.

A Beautiful Day in the Neighbourhood

This film tells the story of the real-life friendship that sparked between journalist Lloyd Vogel and TV legend Fred Rogers.

A hitman who is ready to retire finds his life turned upside down when he's forced to take on a much younger clone of himself.

In 1825, a young girl named Clare makes it her mission to take down a British officer after he committed a terrible act of violence against her family.

Actor Shia LaBeouf plays his father as he recounts the dark details of his troubled childhood and his struggles with mental health.

Chadwick Boseman plays an NYPD detective tasked with taking down a pair of cop killers during a citywide manhunt. Along the way, he uncovers an unexpected conspiracy.

After taking on high school, undercover officers Schmidt and Jenko are ready to head off to college in hopes of finding out more about the latest drug that's circulating on campus.

The zombies that have taken over the world have evolved, making them harder to kill than ever before. Columbus, Tallahassee, Wichita, and Little Rock are left with no choice but to find new ways to take them down.

Peter Parker has plenty of issues to deal with, from his love life to the evil scientist Doctor Otto Octavius.

When a young boy and his mother move to California, he finds himself struggling to fit in. When a local karate master takes him under his wing, he learns how to fight for himself.

On Halloween of 1965, the Hollywood Knights car club decides to stir up trouble in the city of Beverly Hills.

In his final mission, Rambo must confront his past and revive his incredible combat skills in order to earn revenge.

As its fiftieth anniversary project, Godzilla travels around the world to take down old foes and a mysterious new monster called Monster X.