Six arrests were made. 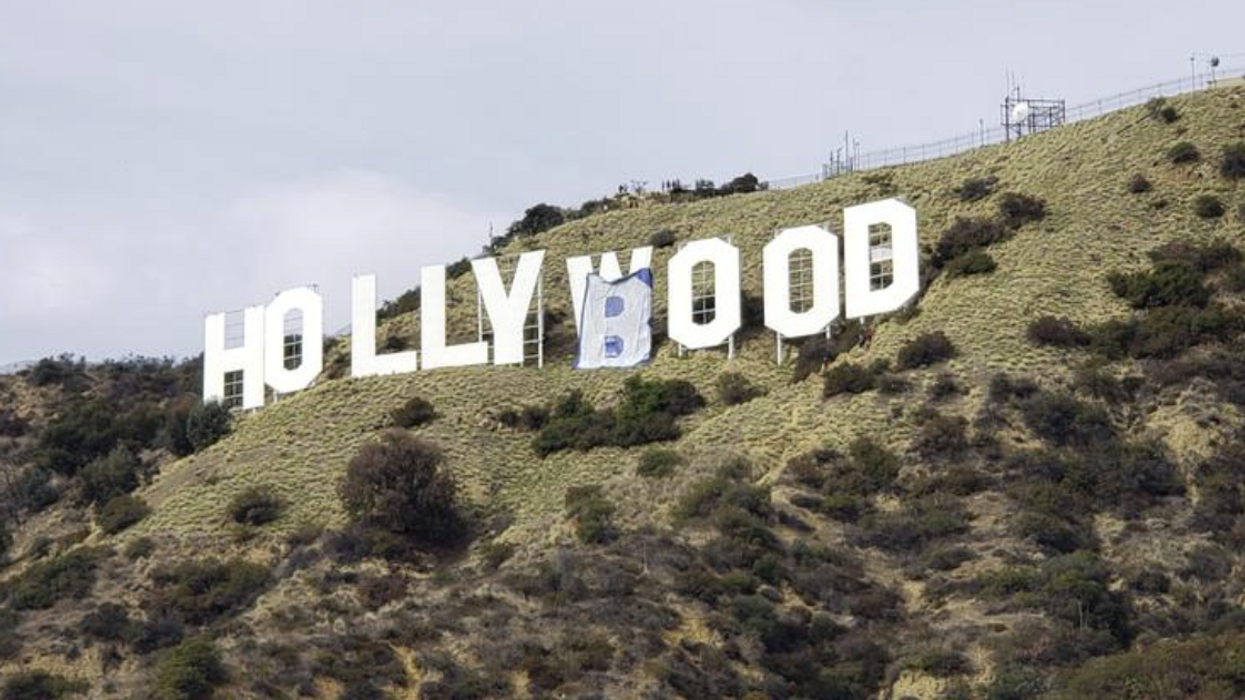 The famed Hollywood sign in California was once again altered to present a different message, but this time it was done by social media influencers.

The Los Angeles Police Department says they spotted a group of five men and one woman on surveillance cameras and were able to arrest them on their way down the mountain.

Rose even uploaded a TikTok of the moment.

Police say the group performed the stunt as a way to raise awareness about breast cancer, according to the Los Angeles Times.

All six members ended up being arrested for misdemeanor trespassing as they did not permanently alter the sign, but they were eventually released.

Some were big fans of the sign's new temporary look.

This is not the first time the sign was altered.

In 2017, a lone 30-year-old artist conveyed his own message on the sign by making a few modifications to two of the “Os,” making the sign say “HOLLYWEED.”

Let’s not forget that’s someone genuinely changed the Hollywood sign to Hollyweed & the stoners ruled the internet… https://t.co/bpjbbvdkF9
— 🎨Chanime🧚🏽‍♀️ (@🎨Chanime🧚🏽‍♀️)1572866187.0