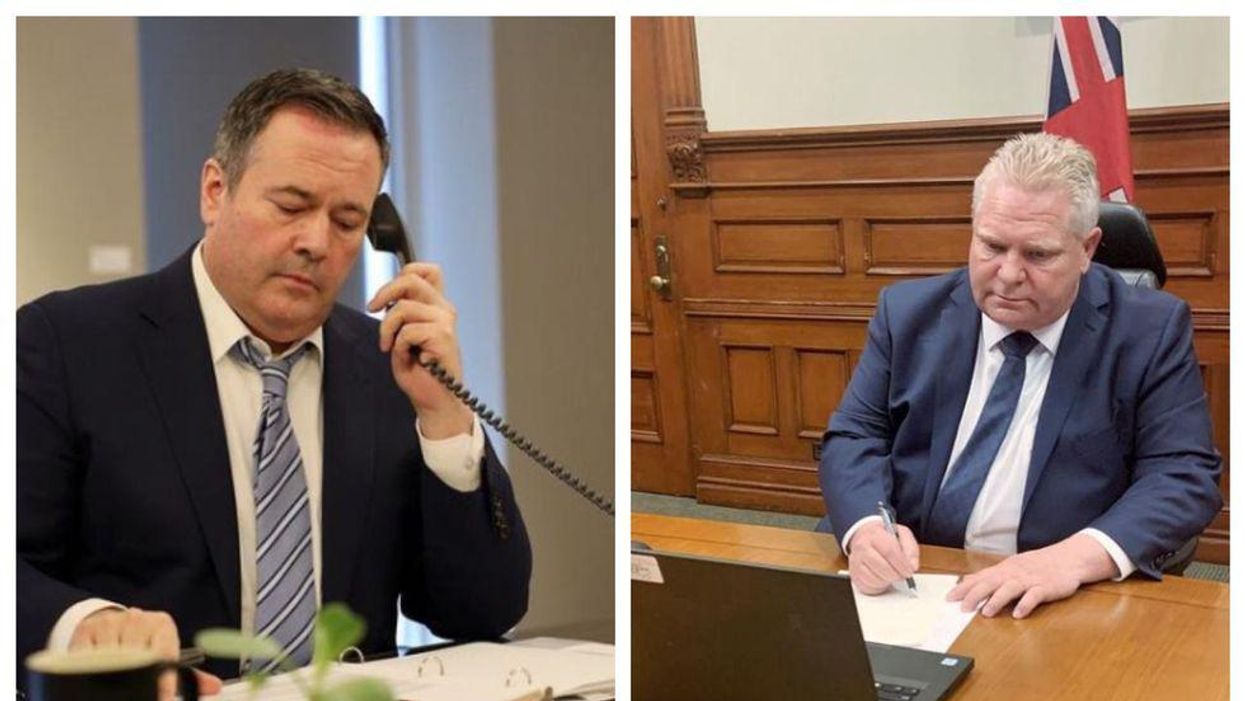 The Angus Reid Institute has released a study that shows how Canadians are feeling about their leader's management of the pandemic.

As it turns out, Jason Kenney and Doug Ford are seriously slipping in popularity as of June 2021.

Ford's approval rating has absolutely plummeted over the past year. In spring 2020, the Ontario premier was sitting at an approval rate of 70% among Ontarians. Now, his rating is only 35%.

Jason Kenney has seen a dip of nine percentage points in just three months. He now has a 31% approval rating. Sitting between the two is Manitoba's premier, Brian Pallister, with a rating of 33%.

Meanwhile, the premier with the highest amount of support is Francois Legault of Quebec with 66%. Next in line is John Horgan, B.C.'s leader, with 63%.