Recognized for their skills in soccer, football and medicine. 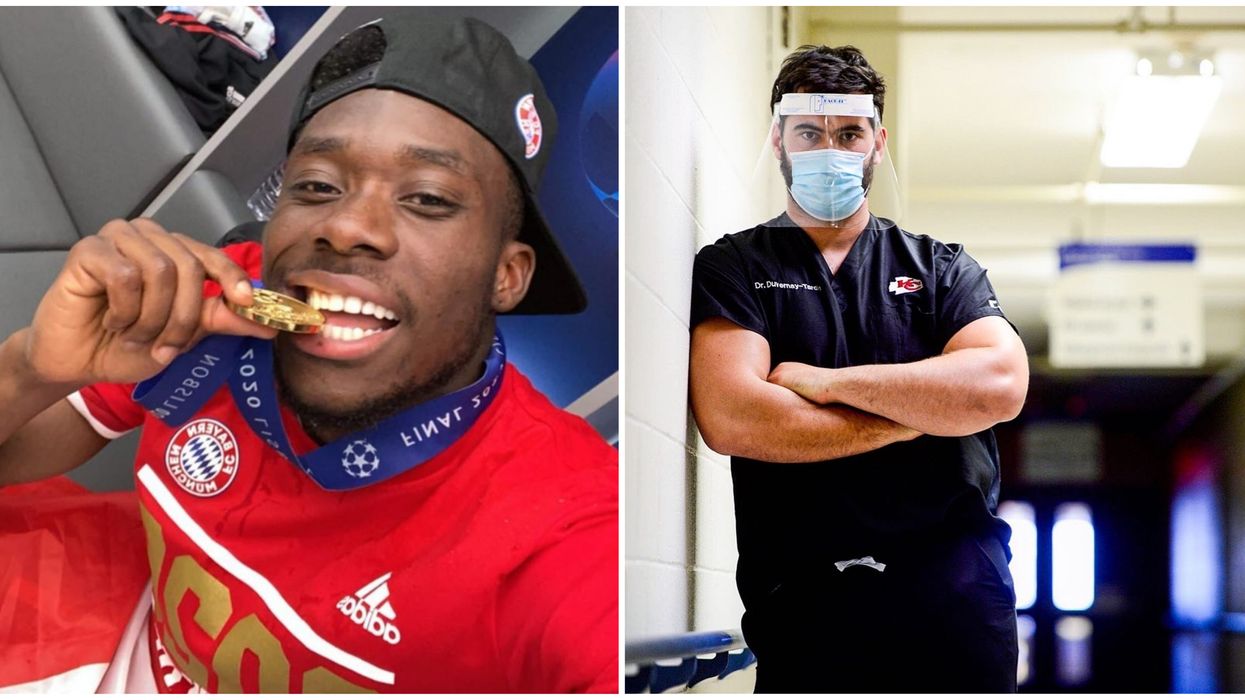 For the Lou Marsh Award 2020, the honour of being named Canada's top athlete has been given to two Canadians, which doesn't happen often.

It was announced on December 8 that Alphonso Davies and Laurent Duvernay-Tardif have won this year and they're both excited to share it with each other.

Davies tweeted that he's "very happy" to share the trophy with "another deserving winner."

Duvernay-Tardif also tweeted about the honour and said that Davies is "one of the greatest athletes Canada has ever produced."

Editor's Choice: Starbucks Canada's Buy One Get One Free Deal Is On For A Week Right Now

Humbled to win the Lou Marsh Award with @AlphonsoDavies one of the greatest athletes Canada has ever produced. https://t.co/akoDMl5mG4
— Laurent D. Tardif (@Laurent D. Tardif)1607455462.0

Davies is a soccer player with Bayern Munich and was the first Canadian man to win the UEFA Champions League which got him lots of love from back home.

He came to Canada as a refugee when he was five years old.

Duvernay-Tardif is a football player and a doctor who won the Super Bowl earlier this year.

He received recognition from Jagmeet Singh for not playing in the NFL this year and helping to treat COVID-19 cases in Quebec instead.

A day before he won, the Kansas City Chiefs player was named one of the Sportspersons of the Year by Sports Illustrated.

The award, also known as the Lou Marsh Trophy, is given out each year to the country's top athlete. This is only the third time in the award's 82-year-long history that it's been shared, according to CBC News.

In 2019, Bianca Andreescu was the winner.