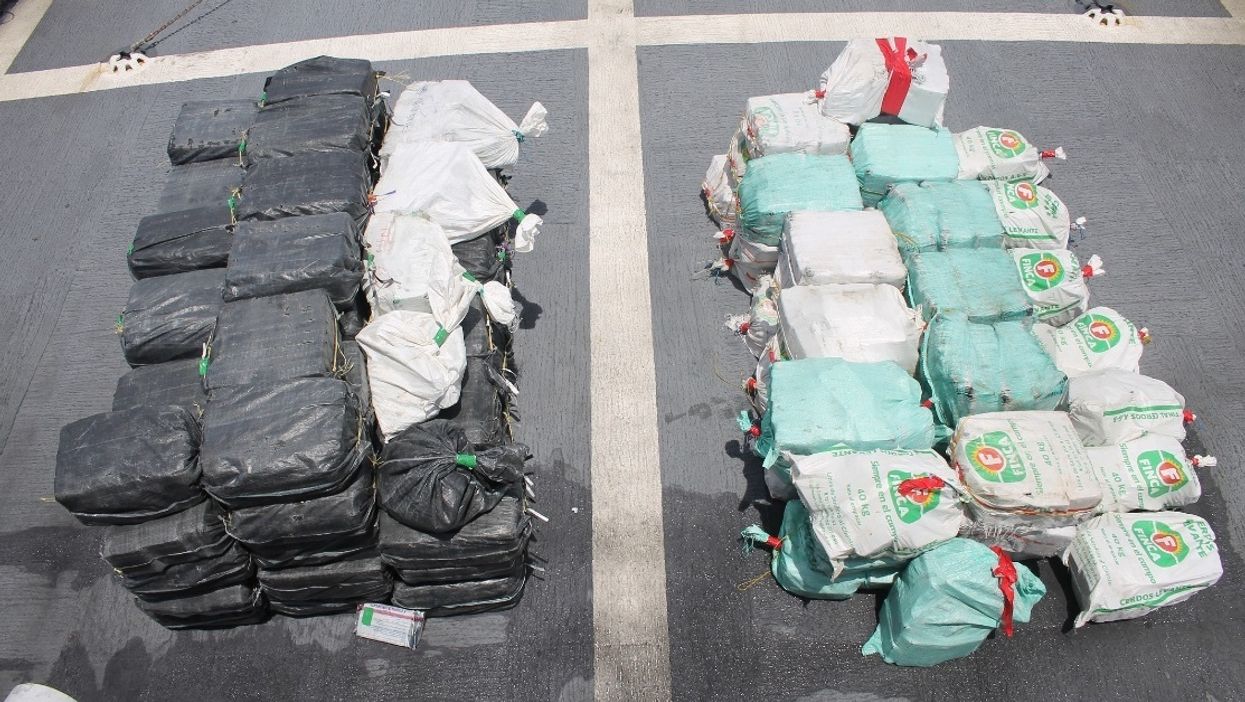 More than $118 million worth of illegal drugs near South Florida was taken off the water. The U.S. Coast Guard seized 6,800 pounds of the cocaine just off the coast of Costa Rica. This haul follows a recent confiscation of almost 30,000 pounds of narcotics.

The Coast Guard caught two go-fast vessels and found the crew attempting to toss 122 bales of cocaine overboard. After disabling the boats, five people were arrested, and the Guard nabbed 45 bales of the narcotic on the second boat, which totals up to 2,600 pounds.

The first boat had the largest haul, with the boarding team recovering 77 bales for 4,200 pounds. In total, the smugglers were hauling 6,800 pounds of the substance.

"I am very proud of our crew and could not have asked anything more from them,"  Bertsch said. "These efforts, combined with those of our partner agencies and nations, will help ensure stability in the Western Hemisphere."

In a COVID-19 world, the team said they took extra precautions in handling the detainees, including wearing extra protection to prevent possible transmission. Though none of the detainees reported being sick.

This isn't the only large drug bust the South Florida branch of the Coast Guard has intercepted. Another crew, the Cutter James, scored an even bigger shipment of drugs near the Sunshine State.

On Tuesday, June 9, the Guard unloaded almost 30,000 pounds of narcotics by Mexico, Central America, South America, and the Caribbean. The value of that bust surpassed $408 million and consisted of 23,000 pounds of cocaine and 6,900 pounds of marijuana.

While both of the busts were big, neither can claim the top spot on the list of the biggest drug bust in Coast Guard history. That belongs to the crew of Cutter Hamilton, who in 2007 confiscated 43,000 pounds of cocaine worth $350 million.

*This piece has been updated.