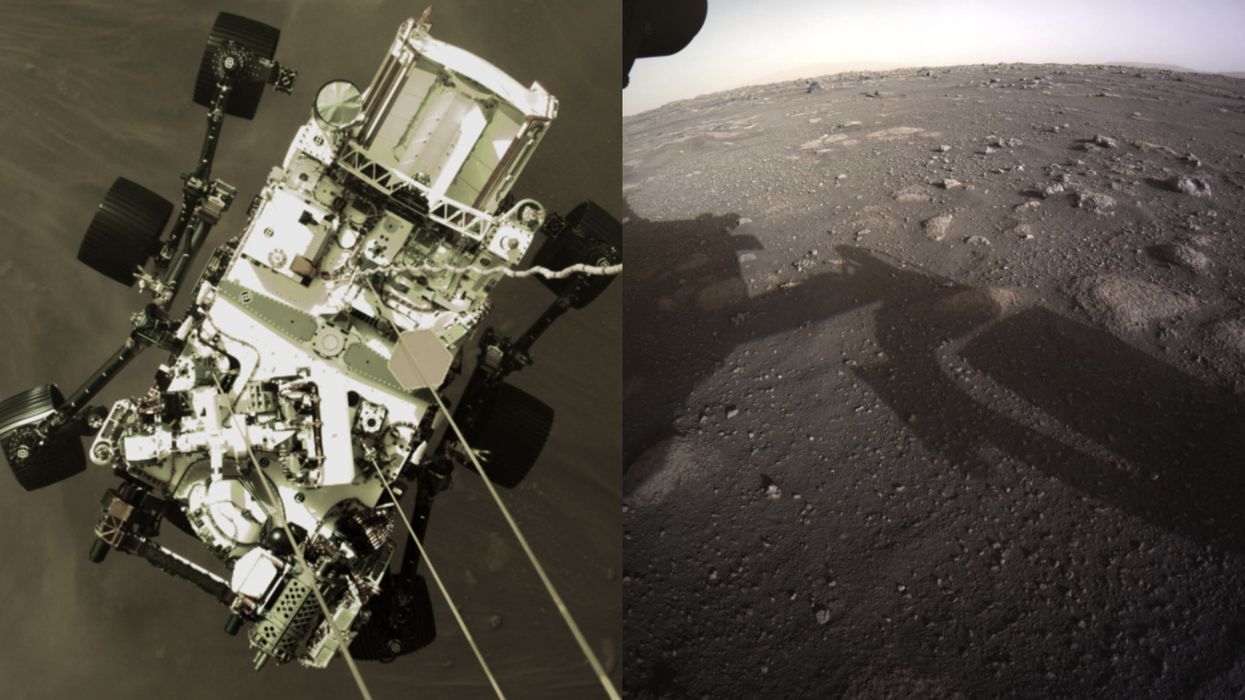 NASA's Mars rover continues to stun and amaze space lovers around the world, and another piece of footage will become available to the public Monday afternoon.

The new video comes just days after a separate video of the rover exploring the surface went viral on Twitter, but little did many know it was actually fake.

What I’ve been up to since landing, you ask? Well, quite a bit. NASA's Perseverance Rover

The fake video shows a 360-degree rotation of the rover's camera and even includes deceiving audio from the Red Planet.

What many believed to be legit footage is from NASA's Curiosity rover, which has been on Mars ever since 2012.

What gives the fake video away are tire tracks despite the new rover not having even moved yet, the location of the video not matching where the new rover landed, and the fact that the name Curiosity is printed on the side of the vehicle.

The user who posted the viral video has since apologized for the mistake and deleted it.

But if you were fooled, there's no reason to be disappointed as we'll be getting real footage from Perseverance's daring landing in the Jezero Crater during a live stream event Monday afternoon at 2 p.m. EST.

You can watch the live stream on NASA's official YouTube channel.

The rover landed on Mars on Thursday, February 18, and has already been sending back jaw-dropping images of the landing zone.