Netflix's 'Never Have I Ever' Is Renewed For Season 2 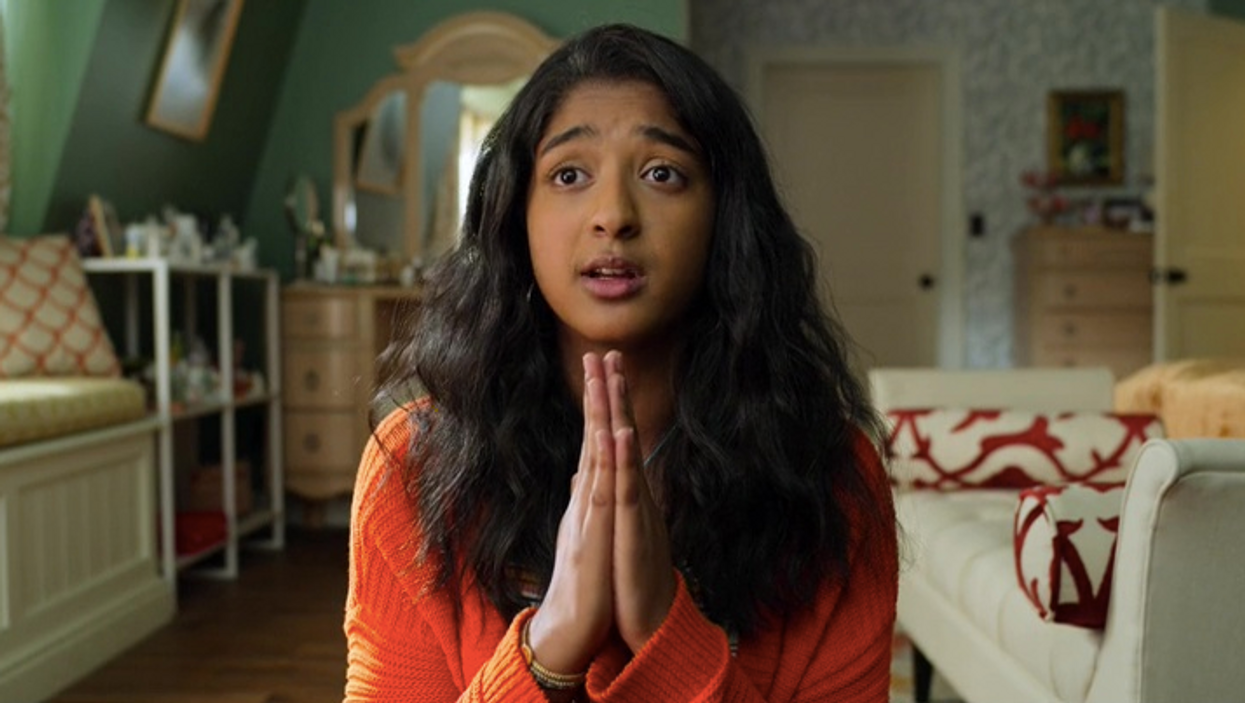 Never Have I Ever | IMDb
Stefanie Ucci

Your favourite faces are returning! Mindy Kaling's Netflix series Never Have I Ever has officially been renewed for season two. The adventures of Devi and her pals continue as she navigates the ups and downs of high school.

The cast got together for a Zoom call posted by the show's official Twitter account where lead star Maitreyi Ramakrishnan announced the joyous news.

"Hey guys, thanks for hopping on the Zoom so quick," she said to Rodriguez and Young. "Once everybody's on, I've got some awesome news to tell you guys."

In the hilarious one-minute-long clip, the actress behind Devi pops up sporting some new bangs that her castmates immediately notice.

Each star got so distracted by Ramakrishnan's hair with her on-screen mom asking, "New quarantine look? Did you cut it yourself?"

Lewison added, "It seems crazy to get us together to talk about your bangs?"

However, Ramakrishnan proclaimed, "It's not about the bangs! I just wanted to tell you guys that Never Have I Ever is being renewed for a season two."

The cast immediately broke out into applause and celebration.

The Netflix comedy series comes from co-creators Mindy Kaling and Lang Fisher and is loosely based on Kaling's adolescence and life growing up.

In a tweet announcing the news, Kaling wrote, "We are so excited for a second season of #NeverHaveIEver! It’s all because you guys turned up to watch it and told your friends - it’s that simple! Thank you so much. And THANK YOU to our partners at @Netflix!"

We are so excited for a second season of #NeverHaveIEver! It’s all because you guys turned up to watch it and told… https://t.co/aiCAhdsaM3
— Mindy Kaling (@Mindy Kaling)1593642269.0

Season one first premiered in late April and is set in Sherman Oaks, California following the events after Indian American student Devi loses her dad to a heart attack.

Devi battles grief and goes through some dramatic experiences afterwards and is even confined to a wheelchair for three months.

But after she gets the chance to walk again, the teen is on a quest to lose her virginity and will stop at no end to do it, even if it means risking her lifelong friendships.

According to Deadline, the 10-episode series has been praised for accurately depicting the high school experience and for being inclusive and breaking South Asian stereotypes.

On Rotten Tomatoes, season one of Never Have I Ever earned itself a 96% on the Tomatometer and 90% audience score.