The customer said he was inspired by another thousand-dollar tipper! 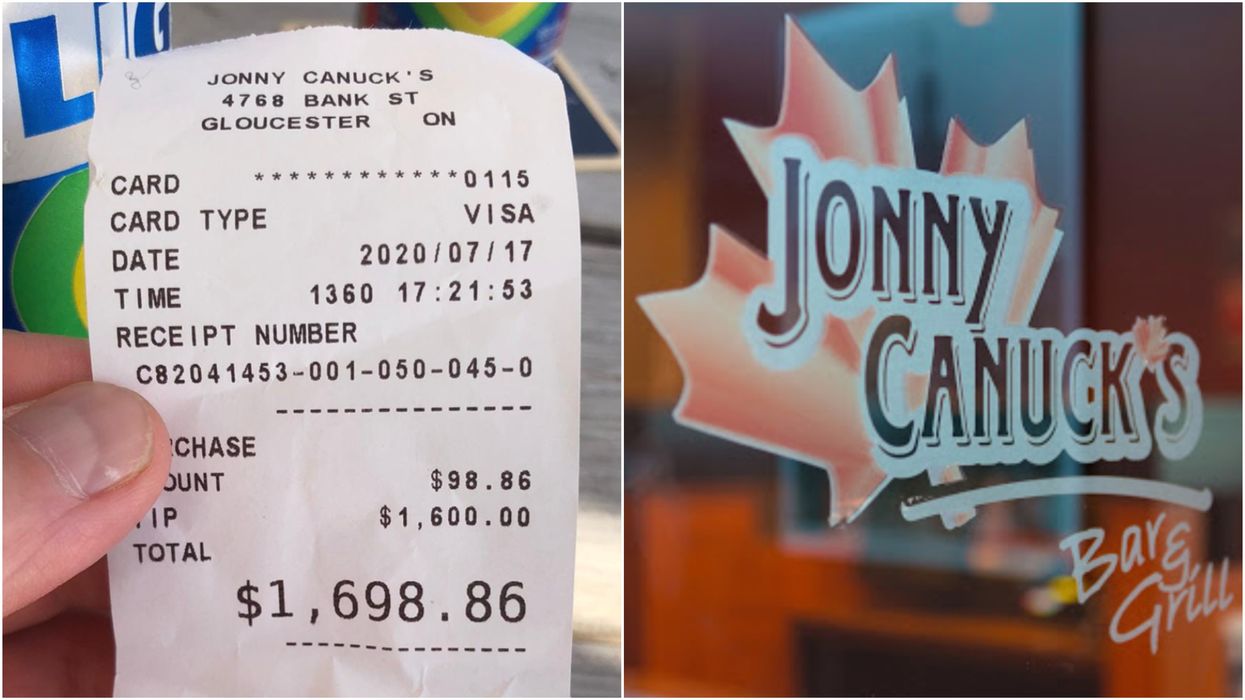 It seems Ottawans are pretty generous when it comes to tipping! For the second time in two weeks, an Ottawa restaurant has received a tip of over $1,000, on a tab that was less than $100. According to the big tipper, he was inspired by the person who left a similar surprise just one week earlier.

Staff at Jonny Canuck’s in Findlay Creek were stunned on July 17, when a regular customer told them he’d be tipping $1,600 on his $98 tab.

According to a Facebook post from the venue, the bar and grill had only been open for dining-in services for one day when they received the hefty bonus.

Naming the customer as Ken Molnar, the restaurant explained, “He heard about the generous $1,500 extra payment at Wellington Diner and wanted to keep it going!"

The server who was given the huge tip described being in “complete shock,” and said she thought the customer was kidding.

"He was paying his bill and he asked me if I had heard about the Wellington Diner tip of $1,500 and I said, 'Yeah, I thought it was amazing,'” she told CTV News.

It seems the customer was inspired by the Wellington Diner tipper, who left a generous payment of $1,500 on a $65 tab back on July 13.

In a social media post at the time, the Wellington Diner explained how the regular guest had left a tip of $500 via card, as well as a cash bonus of $1,000.

The gift was shared between all staff at the venue.

Due to COVID-19-related closures, some of Ottawa’s most iconic businesses have been struggling to make ends meet.

While patios in Ottawa have been open for a number of weeks, some of O-Town’s most beloved businesses have already made the difficult decision to close their doors for good.

As Ottawa’s bars and restaurants begin to offer extended services as part of stage three of reopening in Ontario, these hefty tips are a welcome reward.

"Being off for three-and-a-half months was a real struggle, so to have that right off the bat the first day we opened up the restaurant just meant the world to us," Jonny Canuck's staff said.

Hopefully, this could be the start of a new wholesome trend in the city. Keep tipping, Ottawa!