A possible tornado is being investigated. 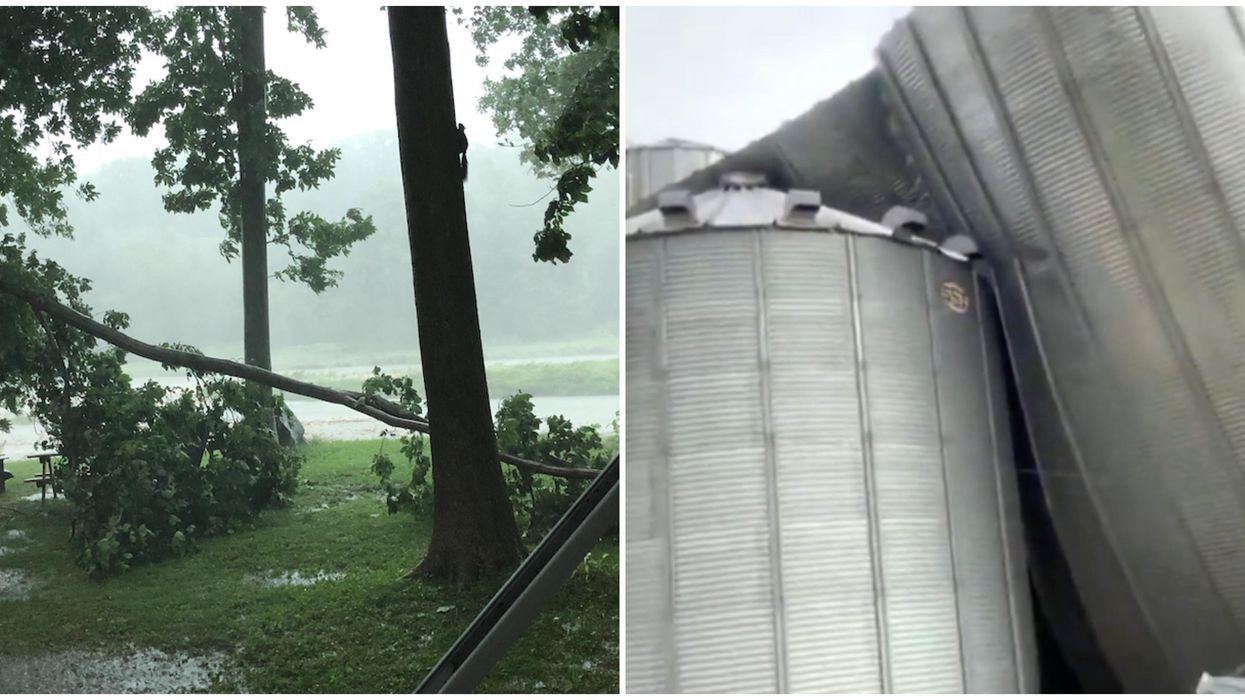 Some Ontarians were in for a soggy surprise this weekend. A huge thunderstorm ripped through southern parts of the province on Sunday and caused flash flooding and property damage. The storm in Ontario has even led to a possible tornado being investigated.

According to The Weather Network, wind gusts of up to 100 kilometres an hour were recorded, along with torrential rain.

Editor's Choice: Canada Has Completely Changed The Rules On Who Can Automatically Become A Citizen

Although a twister has not yet been confirmed, Environment Canada reports that  "there was a possible tornado in Belmont according to the Northern Tornadoes Project with damage to trees and buildings."

A video of a presumed funnel has been circulating online.

Numerous photos posted on social media show the impact as well as the ominous sky from across the region.

Snapped trees, flooded streets and general chaos have been captured and shared online since.

The vast majority of the wind damage occurred in southwestern Ontario, according to Environment Canada.

Dozens of different cities and towns in that region reported major destruction after Sunday's winds.

In a tweet, the Northern Tornadoes Project announced that their team of researchers would be surveying the regions this Monday to determine if a tornado passed through.

Their focus will be in the areas of  Exeter, Belmont and Beachville, all in the surrounding London area.

My brother’s neighbour in #Guelph @cityofguelph incurred some tree damage from the storms this afternoon. There’s b… https://t.co/aue2CxUZLf
— Nathan Howes (@Nathan Howes)1595218226.0

What a day here in Stoney Point! Thank you so much to @HydroOne crews and the @TownofLakeshore FD for the quick re… https://t.co/TvkiZWe7pe
— Chris Savard (@Chris Savard)1595210016.0

Multiple regions across southern Ontario have been cleaning up foliage and tree trunks that were scattered onto roads and sidewalks.

Toronto fire crews also reported that they responded to 16 "wires down" during the storm.

UPDATE: Crews have made significant progress restoring power to customers today. While they continue to respond to… https://t.co/7SQbrXwEwi
— Hydro One (@Hydro One)1595209682.0

Ontario has seen several of these violent downpours this summer, with tons of damage reported.

Tornadoes have also been observed multiple times across the province.