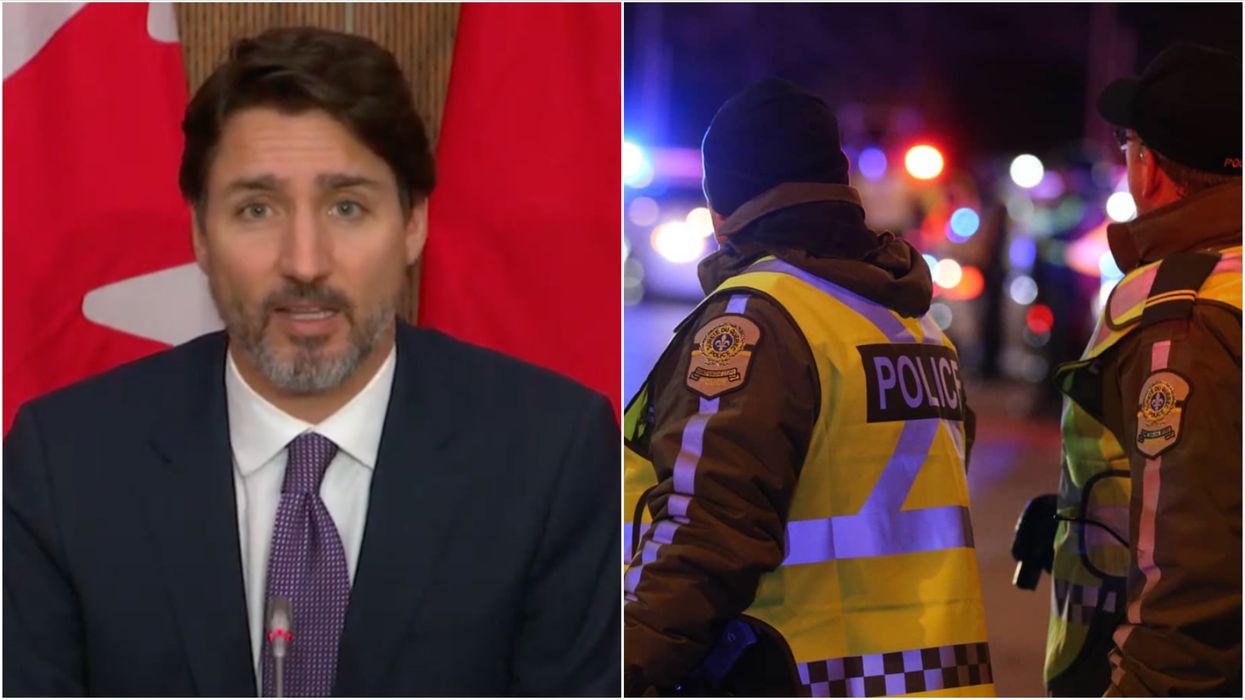 Hours after a man was arrested in Quebec City, Prime Minister Justin Trudeau has spoken out about the “horrific attack” that occurred on Halloween night.

In a tweet, Trudeau sent well-wishes to those who were injured during the incident in Old Quebec's Historic District, and said his “heart breaks” for the family of the two people that were killed.

“We’re keeping you in our thoughts and will be there for you,” the PM wrote on Sunday morning.

My heart breaks for the loved ones of the two people killed in last night’s horrific attack in Quebec City. I’m also wishing a full recovery to the injured. Justin Trudeau

During his short message, Trudeau also took time to thank those who were first on the scene on Saturday night.

“To all the first responders, thank you for your critical work,” he said.

The prime minister’s comments come just hours after a man in his 20s was arrested for stabbing two people to death and injuring multiple others in Quebec.

The suspect was reportedly wearing a medieval costume and carrying a sword.

After a two-and-a-half-hour manhunt on Halloween night, the suspect was arrested at around 1 a.m. in the city’s Old Port.

A tweet from Quebec Police says, "There is no indication that the suspect may have acted on motives other than personal ones."