"Stand back and stand by" has Canadian connections. 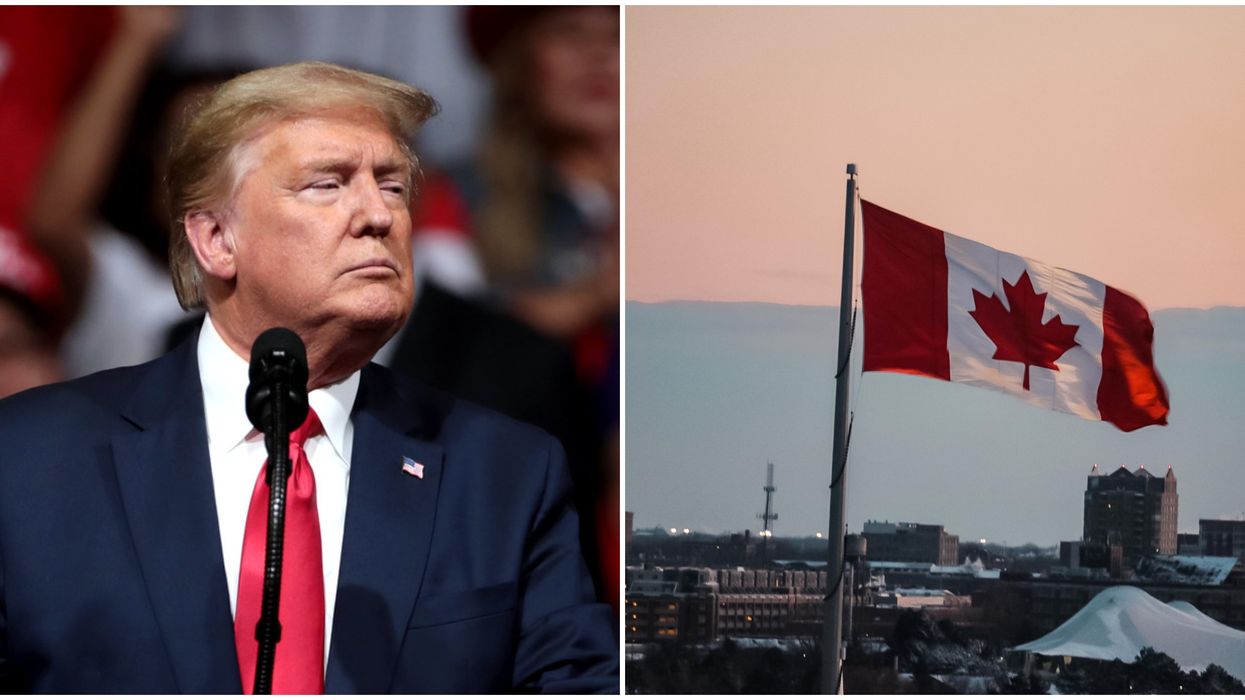 Many Canadians across the country watched the U.S. debate in pure amusement as it unfolded, but what Canadians didn't expect was to see our country making headlines by way of Donald Trump.

And not in a good way.

The U.S. presidential debate, held on Tuesday night, saw many topics discussed. Among them, was white supremacists and militia groups in the U.S.

When the Republican leader was asked about whether he will condemn such hate groups, he instead used this time to name drop (with a nudge from Biden) a notorious right-wing group called "Proud Boys."

And in the same breath, Trump managed to ask that they stand back and simultaneously stand by, leaving many confused.

Editor's Choice: Americans Are Googling 'Move To Canada' So Much More After The US Presidential Debate

What are the "Proud Boys?"

The group was classified by the FBI as an extremist group in 2018, according to The Guardian.

The group, which is formed by men and has several hundred members in the U.S and internationally, is known to participate in rallies and protests, as well as engage in violent tactics, according to ADL.

Following Trump's words, the group took to social media and created a logo on the heel of the speech.

The logo read "Stand down, Stand by," according to NBC News.

What is their connection to Canada?

The Proud Boys once had roots north of the border before graduating to the U.S and becoming internationally infamous for backing the Trump administration.

Apparently, the extremist group was created by a Canadian-British rightwing activist along with Vice magazine co-founder Gavin McInnes in 2016.

In an interview with the New York Times, McInnes was quoted saying he does not want his culture diluted.

"We need to close the borders now and let everyone assimilate to a Western, white, English-speaking way of life,'' he said in the interview.

What are Canadians saying about it?

Some took to Twitter to let our counterparts know that they shouldn't be too hasty to move to Canada since the problem technically derived from here.

This was especially made clear when "Move to Canada" was trending on Twitter.

Others expressed that even if the group set up shop elsewhere, it is still our problem as we are seeing remnants of those issues here in Canada.

"As a Canadian" is trending with Canadians propping up their Canadian exceptionalism. Canada is not any better. Pr… https://t.co/SkY1jFDE6Y
— Sarah Colero🥄 (@Sarah Colero🥄)1601446771.0