Jackman even brought Blake Lively into it! 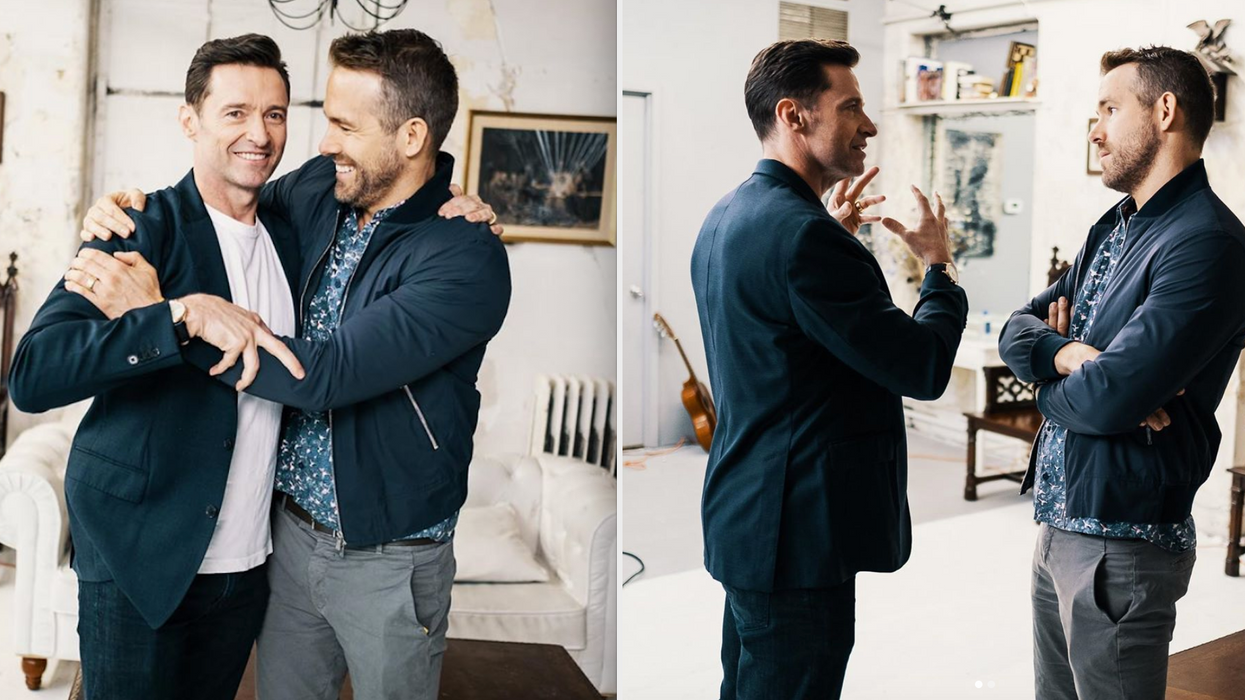 The faux feud continues! It seems like Ryan Reynolds and Hugh Jackman aren't done with their ongoing flame war, but that just means that fans get more hilarious entertainment. The actors both trolled each other following The Wolverine star's recent Emmy nomination.

According to the Emmys, Jackman is nominated in the Outstanding Lead Actor In A Limited Series Or Movie category for his role as Frank Tassone on HBO's Bad Education.

Shortly after finding out about his nom, the 51-year-old shared his reaction with E! News.

"It's a good way to wake up! I feel really good," Jackman admitted before being asked if he had heard from any of his friends, especially Reynolds.

"Lots of texts from everyone I know, nothing from Ryan," Jackman told E! News. "But Blake…Hang on, I'm just reading it now. 'He's devastated. He says he's not getting out of bed for three days. This is the greatest gift you've ever given me.'"

Meanwhile, on Twitter, Jackman posted a video from the cheeky Vancouver-born star.

In the clip, Reynolds congratulates his pal saying, "Buddy! Congratulations. Just heard you got an Emmy nomination, that's just crazy. That's crazy. Not cause you don't deserve it...well."

At the end of the video, the dad of three looks off into the distance as he jokingly second-guesses himself.

The actors' faux rivalry apparently all began when Reynolds was married to Scarlett Johansson and Jackman would tease him about treating her right since they had a longtime friendship.

Eventually, that escalated onto social media where they've been trolling each other online for at least a decade.

Back in April, the two claimed they would set aside their feud for one day only when they joined forces for the All In Challenge.

The rules stipulate that they will fly to the grand prize winner's house to sell lemonade together.

Shortly after, Jackman admitted that he's prepared for a "permanent truce" with Reynolds following their one-day deal for the charity fundraiser.

Their most recent trolling happened last month when the Deadpool star popped in on the former castmates of the X-Men trilogies having a Zoom call reunion, including a very annoyed Jackman.