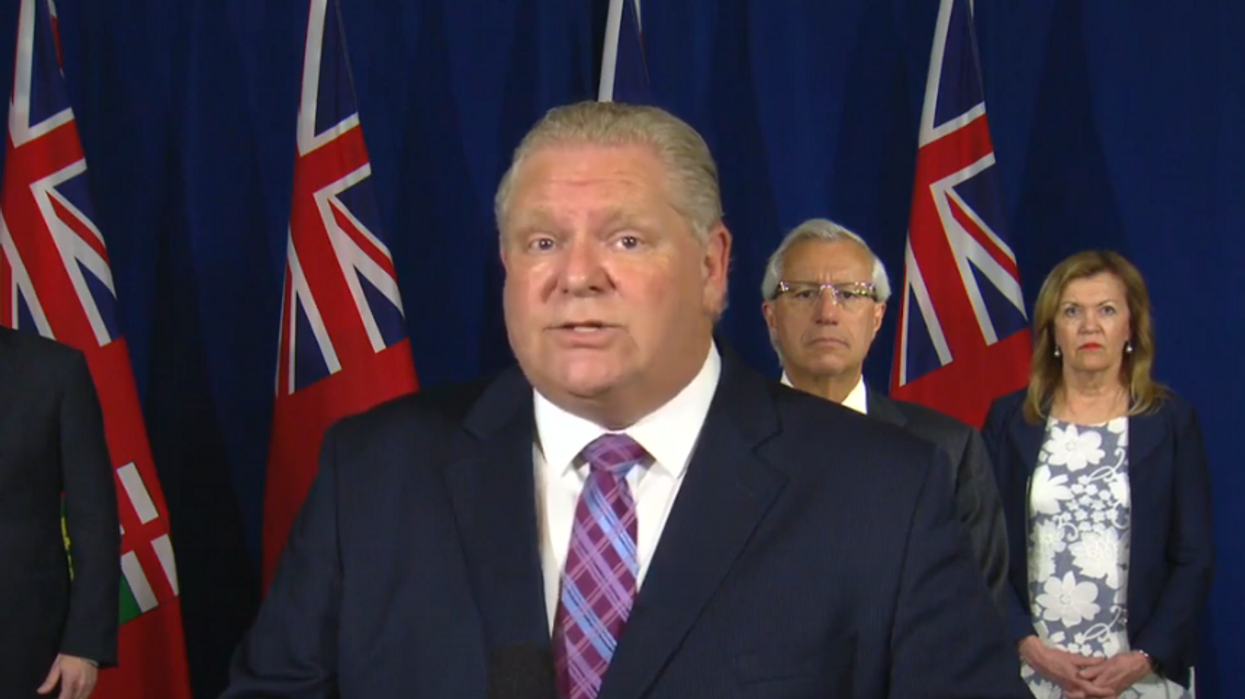 The province is pressing forward with its restart. Premier Doug Ford said on Friday, June 5 that stage two of Ontario's reopening is coming "very soon." He noted that more details will be available early next week as he also intends to fire up childcare services again to help parents returning to work.

Ford was speaking to reporters at his daily media briefing on Friday.

There, he noted that Ontario is virtually ready to kickstart what he calls "stage two" of the reopening process.

"We're making steady progress and we'll be ready very soon to take our next steps in restarting our economy.

"But it won't happen overnight, businesses will need some time to prepare. So early next week, we'll share more details about stage two of the reopening of our province.

"To be clear, stage two will not begin immediately," he continued. "We'll be giving notice to businesses to start getting ready.

"Next week, we'll also lay out a phased plan for reopening childcare safely and gradually so we can support parents as they return to work."

Ford went on to note that Ontario's public has been "very, very patient" over the last few weeks.

"As much as stage two will be focused on getting people back to work, it is also about finding ways to try to get life back to normal this summer, even if it's a little different than before," he noted.

According to the Ontario government website, stage two entails opening further workplaces "which may include some service industries, and additional office and retail workplaces."

So that talk of the limit on groups being raised from its current maximum of five could finally happen if the province's health staff feel it is appropriate and safe.

A few days after that tease last month, Premier Ford clarified that raising the cap from five to 10 wouldn't happen until at least the end of May.

The suggestion that the province will be ready for stage two "very soon" comes just two days after Ontario's state of emergency was extended for four more weeks, until the end of June.

Just yesterday, despite that extension, the province announced that short-term rentals, including lodges, cabins, cottages, and B&Bs are now OK again.