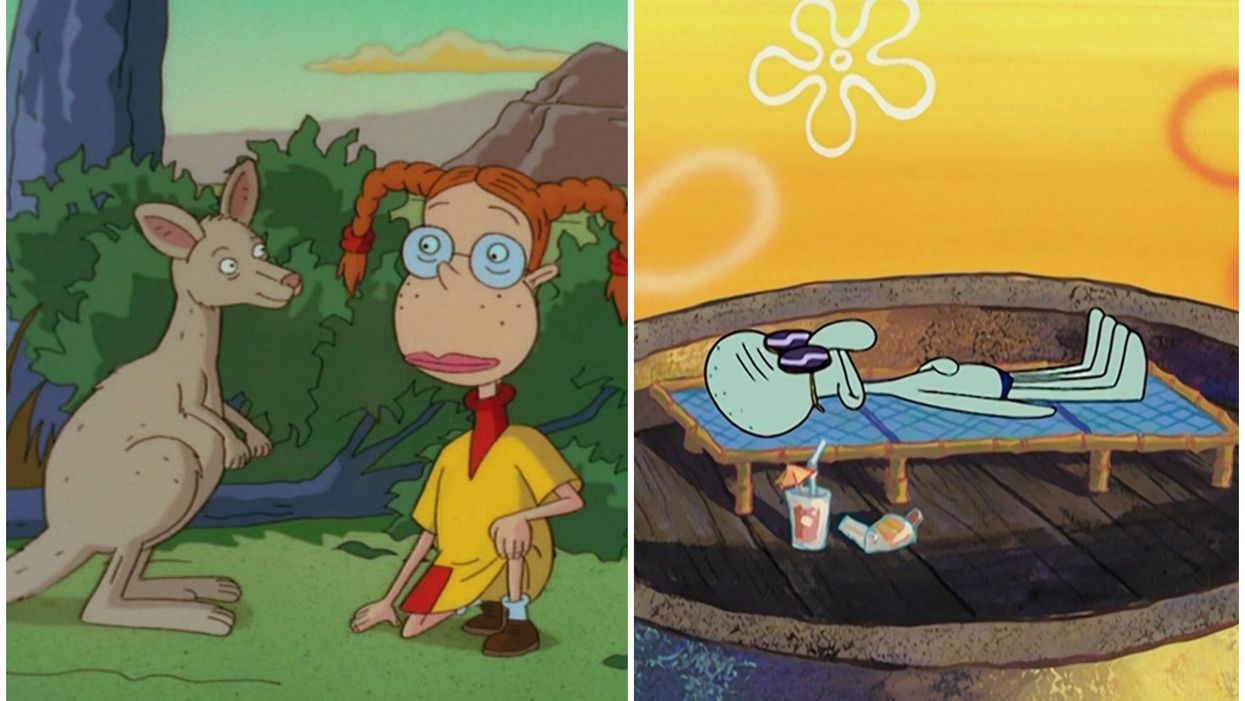 It probably goes without saying that many of us have had a little extra time around the house, meaning a little more time spent catching up on new releases and old favourites. After all, there's nothing wrong with throwing it back to the glory days of Nickelodeon; most of the channel's most loved shows can thankfully be found on Amazon Prime Video Canada's Nick+ Channel!

You're in for a nostalgic ride back to the early aughts with favourites like Rugrats, iCarly, Danny Phantom and more!

Young millennials and elder Gen Z'ers could use a little early 2000s TV glory, as it's safe to say 2020 is turning out a little different than we'd hoped. Thankfully, we can all find comfort and offbeat humour in the TV shows we used to love watching.

Why You Need To Watch It: The original All That created hilarious spin-off Kenan and Kel - the scheming and dreaming of these Chicago pals brought us Good Burger and if that doesn't make you want to rewatch, we don't know what will!

Why You Need To Watch It: Our adventures might be limited during this time of social distancing, so live vicariously through the ultimate adventurer - Danny Phantom! Hunt ghosts and beat the bad guys - it's a great distraction, we promise!

Why You Need To Watch It: The Thornberries were a wild family - heading out on adventure after adventure where nothing quite goes right because Eliza can talk to animals!. Revisit what your childhood family vacations were like with 4 seasons of this Nickelodeon gem.

Why You Need To Watch It: Has anyone thought they were a Spongebob only to grow up and realize you're definitely a Squidward? Revisit those days when you were just a carefree sponge who lived in a pineapple under the sea. Spongebob is a Nick classic - and the best part? There are 12 seasons available to stream right now!

Why You Need To Watch It: This show gave us the hilarious antics of Miranda Cosgrove and Jeanette McCurdy as Carly and Sam - two iconic BFFs who get into all sorts of online and IRL shenanigans. In iCarly, it was called a webcast - today we call it vlogging - Carly and Sam were basically the original influencers - tell us we're wrong!

Why You Need To Watch It: This Nick classic spanned 9 seasons on-air, plus 3 movies! Revisit the world from Tommy and friends' points of view - where the adults are clueless and Angelica - "You stupid babies!" - is the only one who really knows what's going on in this world.

Why You Need To Watch It: Hands up if Drake Bell was your first celebrity crush? 🙋‍♀️Drake and Josh were step-brothers with totally different personalities. Watching their sibling rivalry,high-school misfortunes, and teenage dating troubles for endless laughs. We could all use a little of that right now

Why You Need To Watch It: Timmy Turner and his fairy godparents capable of granting wishes taught us that when you get everything you wished for - it often goes wrong. Escape the realities of 2020 with Timmy, Wanda and Cosmo!

Why You Need To Watch It: Remember the Nick Sketch Show that brought us faves like Kenan Thompson, Amanda Bynes, Nick Cannon, and Kel Thompson? It's relaunched (again) with a whole new cast - get back to the days of the stress-free sketch.

Why You Need To Watch It: This show gave us icon Emma Roberts - watch it for the mid-2000s fashion, stay for the junior high embarrassment we all felt.

Why You Need To Watch It: An Australian wallaby moves to the US - and well - it isn't all it turned out to be. Rocko comes up against annoying neighbours, daunting household tasks (laundry, anyone?), and well, life. Luckily Rocko has pals in Heffer (a cow), his best friend Spunky, and pal Filburt. We can all relate to life's struggles and the despair that comes with neverending laundry.