These are some of the city's most puzzling cold cases. 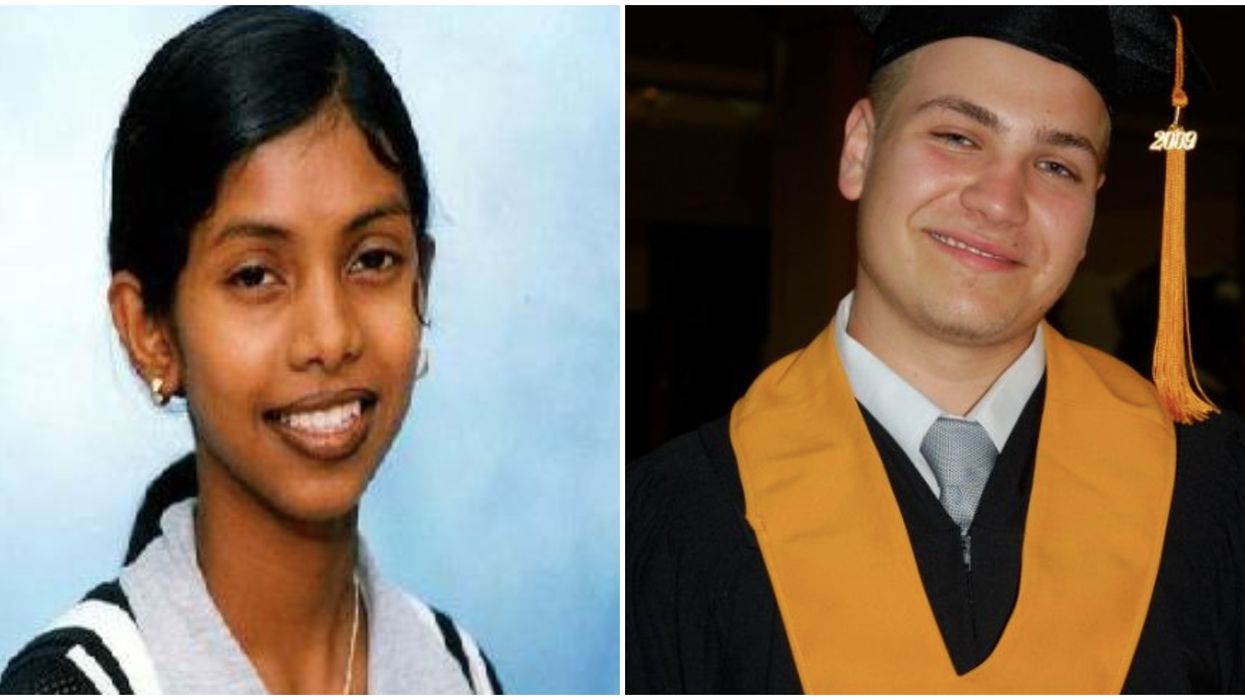 Toronto has a heavy stack of cold case files. Today, there are 612 unsolved murders in the police database, dating all the way back to 1959.

Many of the cold cases involve victims of gun violence, which has been an ongoing problem in the city for many years, reports The Toronto Star.*

Out of the several-hundred unsolved cases, some are remarkably puzzling and interesting.

One of the victims is the child of a prominent Toronto activist whose oldest child was murdered on a separate occasion.

Another was at a house party with 100 guests at the time of his murder, and yet, the trail went cold.

Here are a handful of Toronto's most mysterious cold cases.

In October 1999, her remains were found buried at Finch East Park. Police have yet to name a suspect.

Holly Anne Painter was murdered in 1995. She disappeared on Monday, June 26, and was last seen in a car with two other individuals.

Eighteen-year-old Painter was never seen again after entering the car and police now believe she is deceased.

Flagiello was only 18 years old at the time of his death on November 11, 2009. The Toronto Star describes him as being a victim "in the wrong place at the wrong time."

Flagiello died ushering his friends to safety during a shooting at a music studio. To this day, Toronto police don't know who took his life.

Nineteen-year-old Tina Picoulas was found inside the Comfort Hotel at 445 Rexdale Boulevard on May 29, 2008, but no one knows how she ended up there.

She was alive and suffering from medical trauma when police arrived, but was later pronounced dead. There is still no information about what happened to Picoulas.

Tristan Wright died during a house party with 100 other people in attendance, and yet no one knows who killed him.

He was one of two sons of prominent Toronto activist Patricia Wynter who co-founded United Mothers Opposing Violence Everywhere (UMOVE). Wynter's oldest son was also a victim of a homicide.

Patricia Lupton is the oldest Toronto Police Service cold case. Patricia was only 12 when she was discovered in medical distress on the side of the road on Monday, March 9, 1959.

Lupton was pronounced dead on the scene and was last seen alive en route to Kennedy Park Plaza sometime after 5:30 p.m.

Almost 60 years later, no one knows what happened to her.

We could get more winter weather than we've seen in 20 years.

Ontario's fall forecast has just been released and it's predicting a total mixed bag of weather this year with a chance of early snow.

According to The Weather Network, the province will enjoy warmer-than-normal temperatures at the start of the season, with the end of September and October creating the perfect condition to get out and enjoy the colourful foliage.