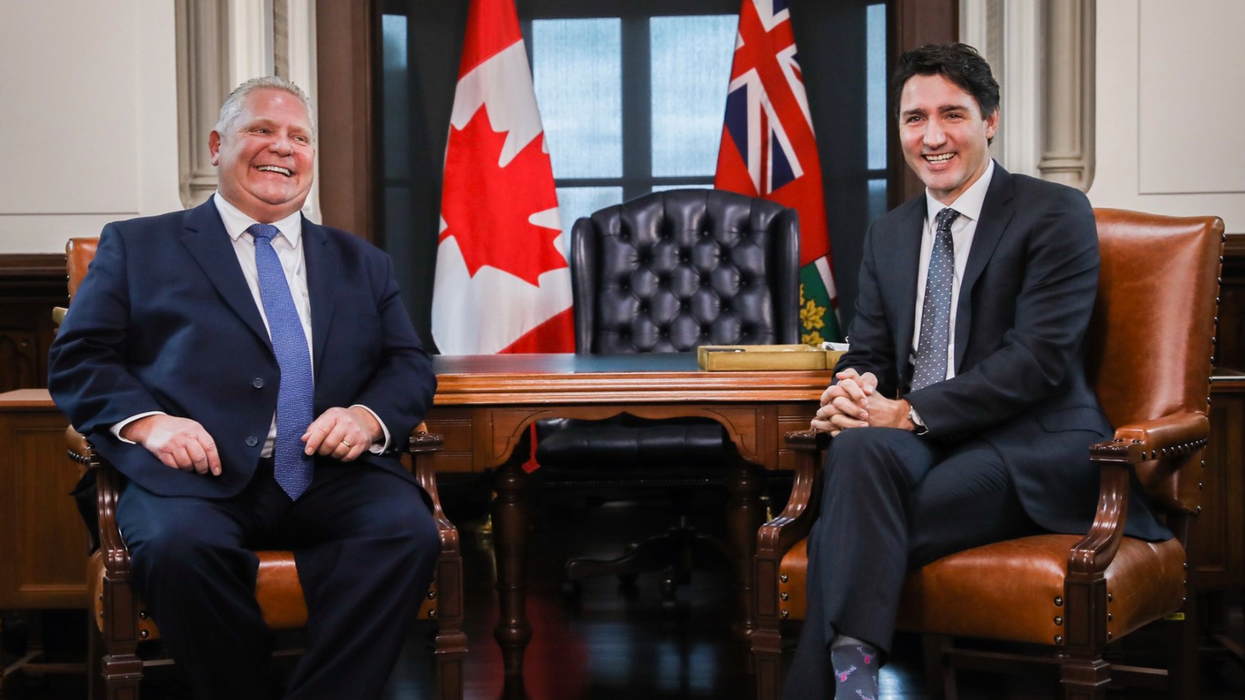 From photos, you might think Justin Trudeau and Doug Ford are good pals. However, according to body language expert Blanca Cobb, there is more to these photos than meets the eye.

While the two leaders have praised one another over the years, it's clear to Cobb that there is a power struggle between Ford and Trudeau.

Ford has railed against Trudeau's policies in the past, even going as far as to say he'll change rules himself, with or without the prime minister's blessing.

From their posture to their eye contact to the positioning of their hands, Cobb says that there are many signs of their fight for dominance.

"There's something about each other's policy that really rubs them wrong," she says.

Editor's Choice: Trudeau Says Provinces Shutting Down Is Better Than Hoping The Virus Goes Away On Its Own

How do Justin Trudeau and Doug Ford feel about each other?

Trudeau and Ford "are like congenial adversaries," says Cobb. "They're being nice but there's still this push-pull" in their dynamic.

From her analysis of the handshake clip above, Cobb makes note of the fact that they appear to invade each other's personal space.

"They're smiling but they have this intensity to that eye stare with each other," she points out, indicating combativeness in their relationship.

However, it's also clear that they're willing to set their differences aside to serve the public.

"While there is some acrimony or has been acrimony between the two men, it appears that they're working together for the common good of the people that they serve."

Today I joined @JustinTrudeau and @cafreeland for a productive discussion on shared priorities, including building… https://t.co/aE3GxlwXIf
— Doug Ford (@Doug Ford)1574444935.0

Who feels stronger for who?

While the two leaders "really try to square each other off" and appear equal, Cobb says that Ford's straightened back and closed fists indicate that he feels a stronger need to present himself a certain way in front of Trudeau.

"Ford might need to really present himself as staunch and more rigid and dominant, even though he has that smile on his face."

"Where Trudeau [...] can afford to still be firm and powerful but yet somewhat accommodating and friendlier."

Cobb points out that Trudeau has a way of "leaning in" to his handshakes with Ford, "which could be a way of saying that we're polite adversaries."

"I think they're trying to be authentic, but I do think that they rub each other wrong," she says. "You can tell they're not completely comfortable with one another."

What do you think the future of their relationship will be?

"Trudeau and Ford's relationship may strengthen or weaken" in the future, says Cobb. It'll all depend on how well they collaborate and the results of their leadership.

"If collaborations lead to positive results then more than likely their interactions will be collegial and relaxed," she says.

"If not then their interactions will continue to be tense with subconscious power plays seen in their body language."

"Human behavior is complex and many variables, both known and unknown, can influence the way people behave."