"I find it frustrating and disappointing that the province is still trying to point fingers." 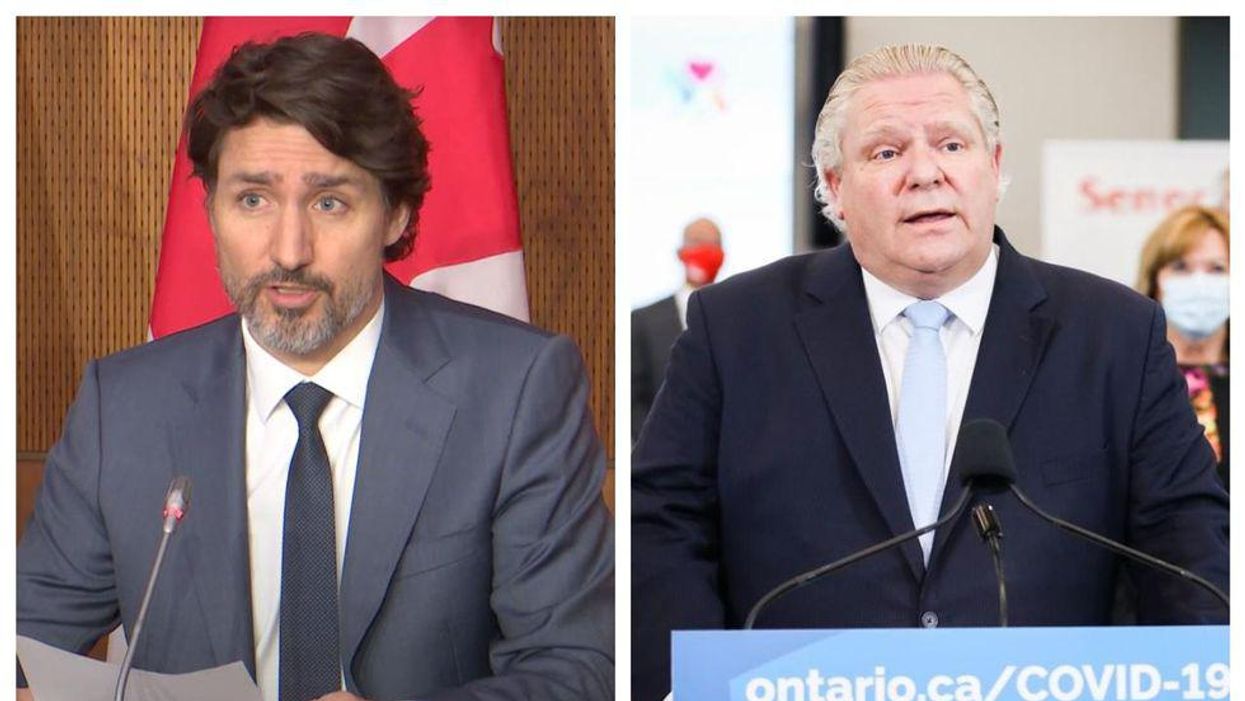 Just hours after receiving a strongly-worded letter from Doug Ford, Justin Trudeau has accused the Ontario premier of "playing politics" during the COVID-19 pandemic.

In an interview with CP24 on May 13, the prime minister responded to Ford's suggestion that Canada's border measures must be stricter to protect Ontarians.

He claimed to have spoken with Ford "and all the other premiers" two weeks earlier and said they'd agreed to "tighten" the number of international students and other visitors entering Canada right now.

He said that the federal government wants to work alongside Ford to "support Ontarians through this difficult time in whatever ways are necessary," but added, "It's just unfortunate that Doug Ford continues to play politics."

This is the latest disagreement between two leaders during the pandemic, with the duo previously quarreling over Ontario's COVID-19 vaccine supply.

In the past, a body language expert told Narcity the duo "are like congenial adversaries."