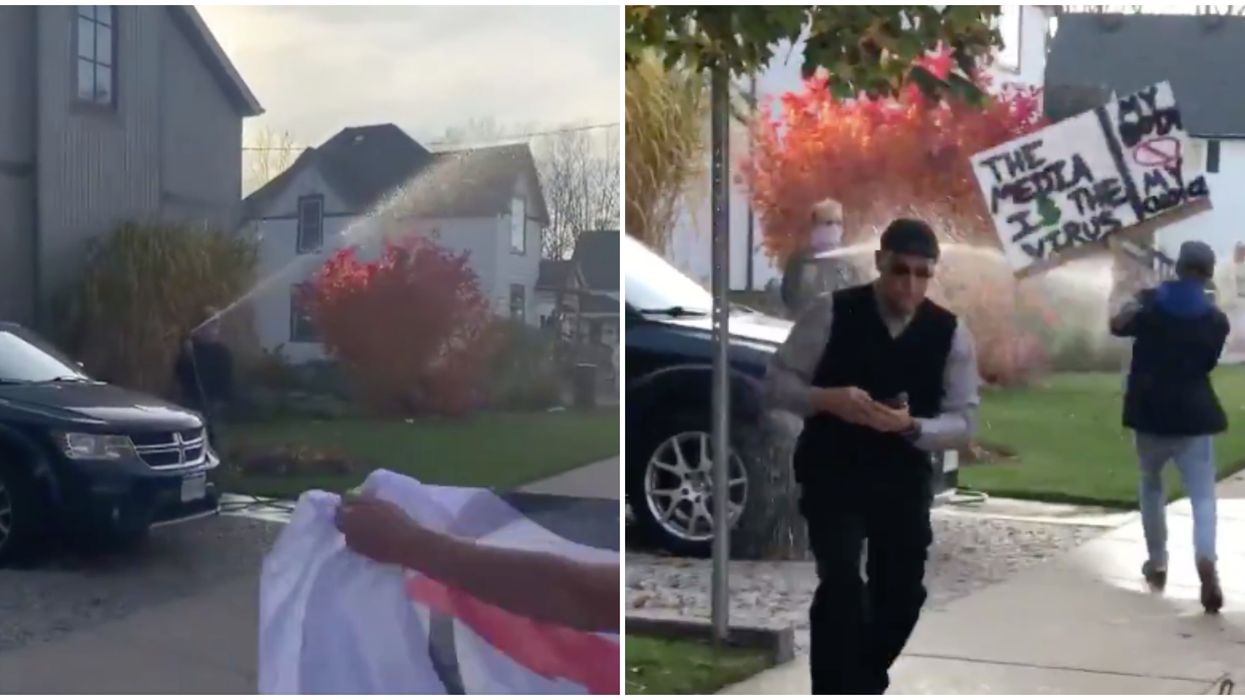 Anti-mask protestors were doused with water during last weekend's demonstration in Aylmer, Ontario.

In a video shared online, a man appears to turn his garden hose on a group of demonstrators marching past his home.

Ahead of the protest, which took place on Saturday, Aylmer declared a state of emergency in anticipation of "civil unrest" in the town.

Enraged Anti protestor in Aylmer Ontario starts spraying people with water from his front lawn. Lots of children we… https://t.co/ur42TbQuTB
— THE LINE CANADA (@THE LINE CANADA)1604845291.0

Police confirmed to Narcity that two minor incidents occurred during the protest; one involved a reporter and the other, a citizen in opposition to the demonstrating group.

Despite the two incidents, no arrests were made during the protest.

Aylmer has the highest rate of cases in its health region, reports CBC.

The town is home to the controversial Church of God, which broke Ontario's gathering rules with an illegal service back in the spring.