The Premier was certainly not pleased. 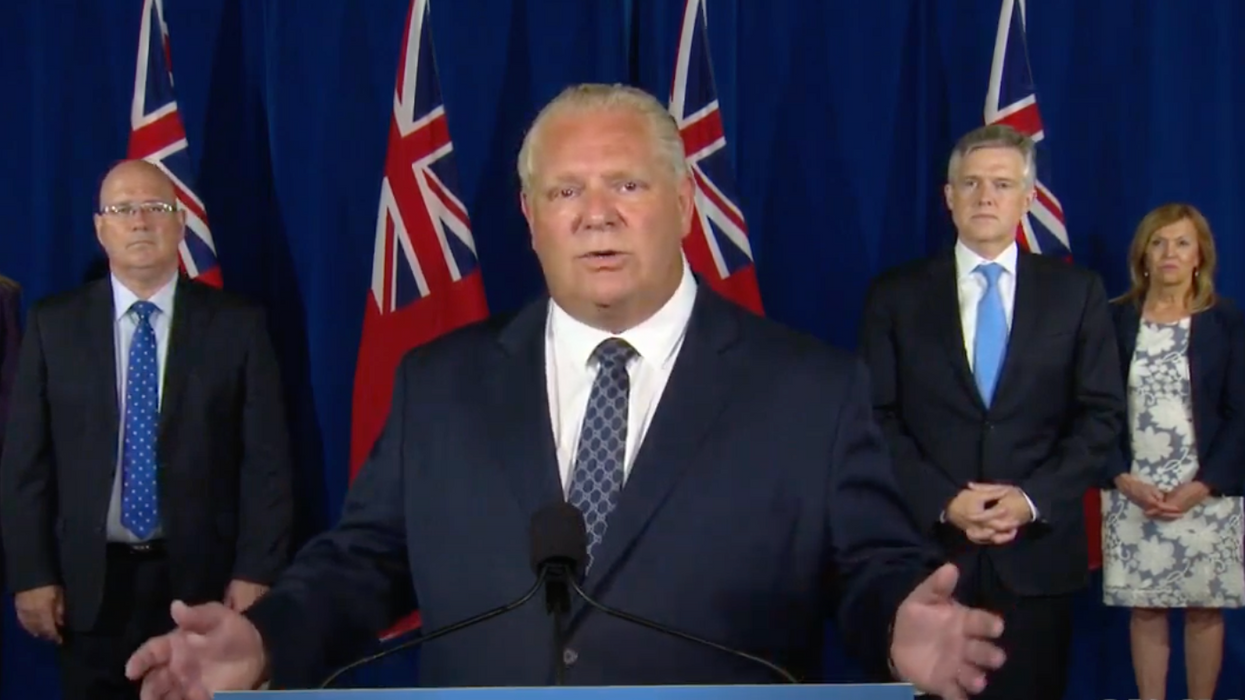 The party's well and truly over. Doug Ford took the stage at his media briefing this afternoon to scold the organizers and anyone who attended the Brampton parties over the weekend, calling the revellers by his favourite insult: "a bunch of yahoos." He didn't hold back and suggested they should have the full extent of the law thrown at them.

The premier didn’t stop there. He also whipped out another one of his favourite disapproving sayings: “It's like the cheese fell off the cracker with these people!”

Ford did more than toss around his favourite one-liners, though.

He told the press room that the owners of the residence should be fined $100,000, and that everyone who attended should also be dinged with a $800 fine.

He also recommends anyone who attended should get tested as soon as possible.

Most of Monday's press briefing questions centred on the partying in Brampton, and Ford got pretty agitated while discussing it.

“Like, man, come on! What don't you get? It's ridiculous, absolutely ridiculous, that someone would be reckless and careless and go out and hold this party [...] It's staggering. Not one, not two, but three different parties!” said the premier.

Ford even encouraged reporters “name and shame [the homeowner],” along with tacking him a $100,000 fine.

Health Minister Christine Elliott also joined the conversation, saying that “to have a party of 200 people is completely irresponsible."

Elliott added that these kind of actions show "disservice and disrespect for the tremendous work that's being done by our front-line workers and emergency personnel.”

This isn’t the first time Ford has had to scold young people for their pandemic antics. Just last week, he made a public announcement shaming people for partying during the pandemic.

He's called people "yahoos" before, notably in response to protesters who he felt were not abiding by COVID-19 protocols.

That insult really took off. It even resulted in a bizarre auto-tuned version hitting YouTube and going viral.

The problems posed by partiers are all too serious, though, according to Ontario staff. They blame the rising number of new COVID-19 cases in young people on “COVID fatigue” and partying.